Another round of heavy rainfall has caused deadly flooding in the South African provinces of Limpopo, bordering Botswana, Zimbabwe and Mozambique, and Mpumalanga, bordering the nations of Swaziland and Mozambique. At least 7 people have lost their lives.

The South African Weather Service warned of a risk of flash floods in Limpopo, Mpumalanga, and Gauteng after heavy rains started affecting the region on January 5, 2017.

On the same day, 6 people were rescued by helicopters from flood waters in Limpopo. However, the swollen Limpopo River near Beitbridge managed to claim the lives of 5 people, the police said.

The bodies of two men were found in near Beitbridge, while two women and three girls, aged between six and 10, were rescued in the same area on Thursday and Friday, said provincial police spokesperson Brigadier Motlafela Mojapelo. "It is suspected that they attempted to enter the country illegally when they became trapped by the rising river," News24 reported.

The bodies of three boys were found in ditches filled with water in the Giyani and Mankweng areas.

South African Police Service said on twitter that a taxi became stranded crossing the river. While the driver was rescued, one passenger and one Fire and Rescue member drowned. 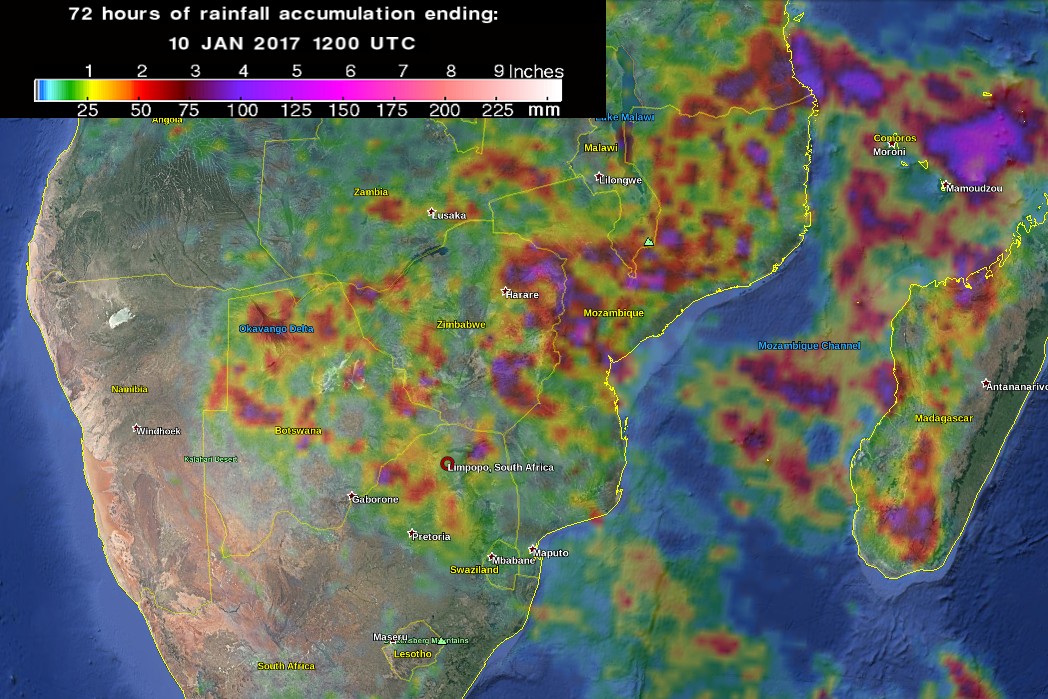 As the rains are expected to continue, police warned people to be extremely careful when crossing rivers or streams, whether by foot or in a vehicle and urged parents not to allow their children to swim in ditches or holes filled with rainwater.

This is the second round of flooding to hit Limpopo since December 22 when at least 25 houses collapsed after heavy rains hit several parts of the province. More than 100 households have reportedly been affected throughout the province, with the Maruleng, Vhembe, Makhado and Mopani municipalities among the hardest hit.