An outbreak of intense thunderstorms is expected across portions of the South US over the next few days. Heavy rainfalls, strong winds, and several tornadoes are possible.

The thunderstorms will be fueled by the abundant moisture coming from the Gulf of Mexico, combined with a cold front and jet stream.

Intense storms were already reported in the south-central Nebraska on November 27, 2016, and east of Durant, Oklahoma on November 28. Four short-lived tornadoes were observed in Nebraska, although no damage occurred. A damaged building and several downed trees were reported in Oklahoma.

According to the National Weather Service (NWS), severe storms can occur in parts of the lower Mississippi Valley and neighboring Gulf coastal region, The system will proceed northeastward toward the Southern Appalachians. Severe weather conditions, including damaging wind gusts, severe hail, and a few tornadoes are expected across the affected areas. 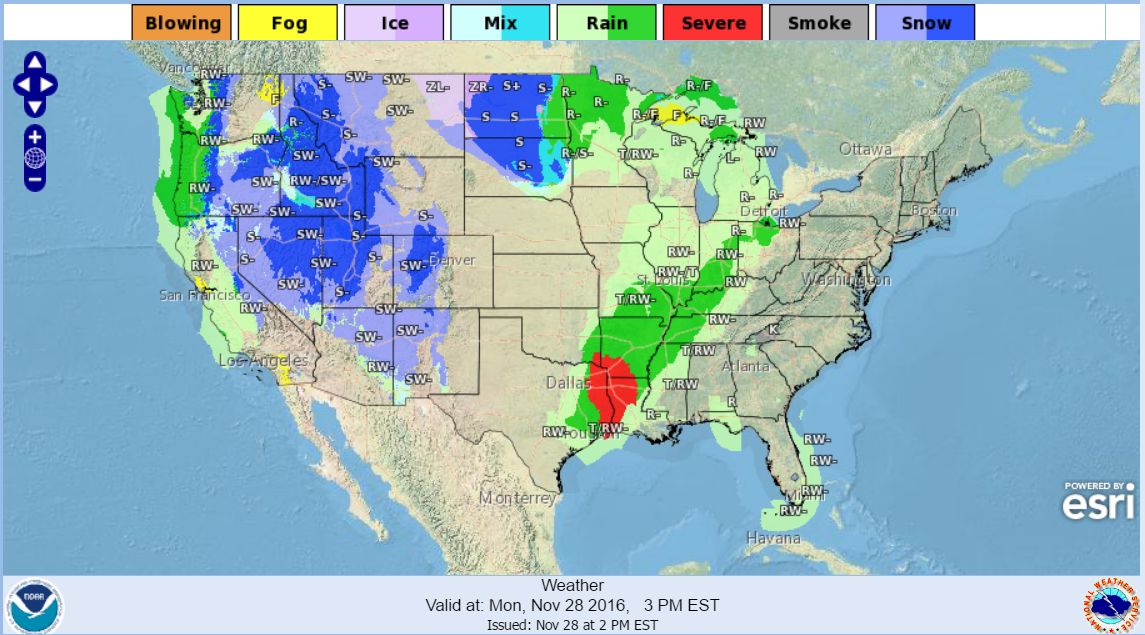 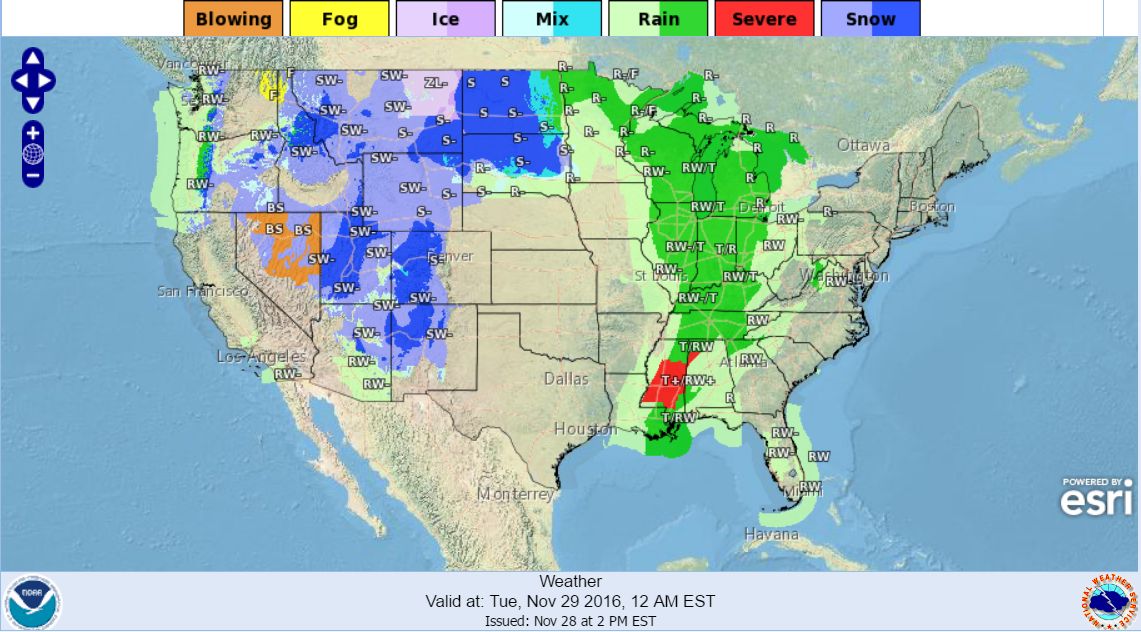 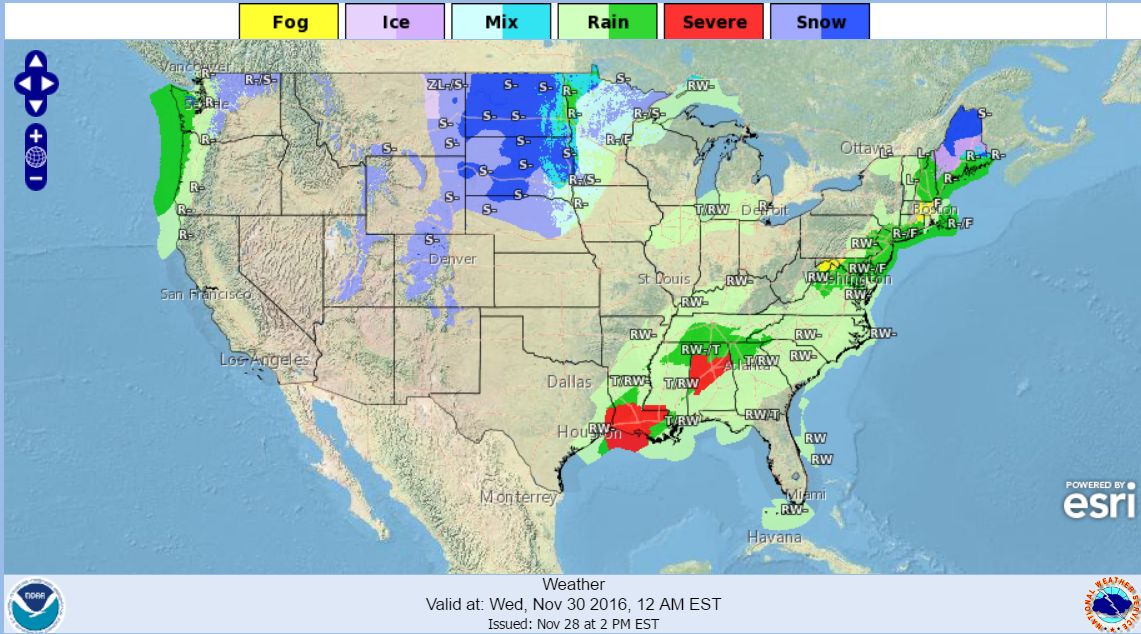 On November 28, intense storms are expected in eastern Texas, Louisiana, and southern Arkansas, and will spread toward Mississippi or Alabama later during the evening hours (local time). The affected cities will include Houston, Jackson, Mississippi, New Orleans, and Shreveport, Louisiana.

A new low pressure system may produce another round of intense storms on November 29. It's still uncertain how severe the storms may be, although the highest impact is likely in the area along the Gulf Coast from the southeast Texas to Mississippi, and parts of Alabama. More strong winds and hail are possible. The system may also be accompanied by several tornadoes.

On November 30, the storm threat will be lower. Some strong winds may affect the Deep South and the weather system may produce isolated thunderstorms in the eastern Carolinas or southeastern Virginia.

Since October 6, the number of reports of severe weather in the US has been significantly lower. A below-average number of tornadoes was reported so far in 2016.