The entire Australian state of South Australia has lost power after a powerful storm rolled in during the early morning UTC hours of September 28, 2016. This complex weather system will be affecting South Australia, New South Wales, Victoria and Tasmania over the next three days.

The blackout occurred at 06:48 UTC (16:18 ACST) after a lightning struck an interconnector in Port Augusta region and caused the failure of South Australian electricity network.

Major traffic disruptions were reported across the state, especially in Adelaide. Local media reported cars were moving about 5 m (16 feet) in 10 minutes. All of the shops are closed. Everybody should avoid travel if possible.

The state Premier, Jay Weatherill, said the power outage could continue for an extended period and urged neighbors to reach out and help each other.

"The low developed overnight in the Great Australian Bight and ahead of it we've seen moisture streaming in over South Australia, a line of thunderstorms developed there and we do have a Severe Thunderstorm Warning current," BOM said.

A Storm Force Wind Warning is in effect for parts of the South Australian coast and for much of the remainder of the southern and southeast coastlines Gale Warnings are in place for Wednesday and Thursday, September 29.

A Severe Weather Warnings for heavy rain which may lead to flash flooding is in effect in parts of New South Wales and Victoria, Flood Watches are in effect for the three southern states where rainfall over the next three days could lead to new river rises. There are still 22 Flood Warnings through the very saturated parts of eastern Australia, and the region may see some renewed and prolonged river rises with this additional rainfall.

On Thursday morning, September 29, forecasters expect seas up to 10 meters (32.8 feet) will be impacting the South Australian coastal regions.

Heaviest falls are expected in quite a short period of 6 to 12 hours, and the heaviest are expected around the northeast ranges of Victoria and southwest slopes of New South Wales.

"We have a lot of warnings in place it's very important if you're in these areas that you follow advice for emergency services," the office warned. 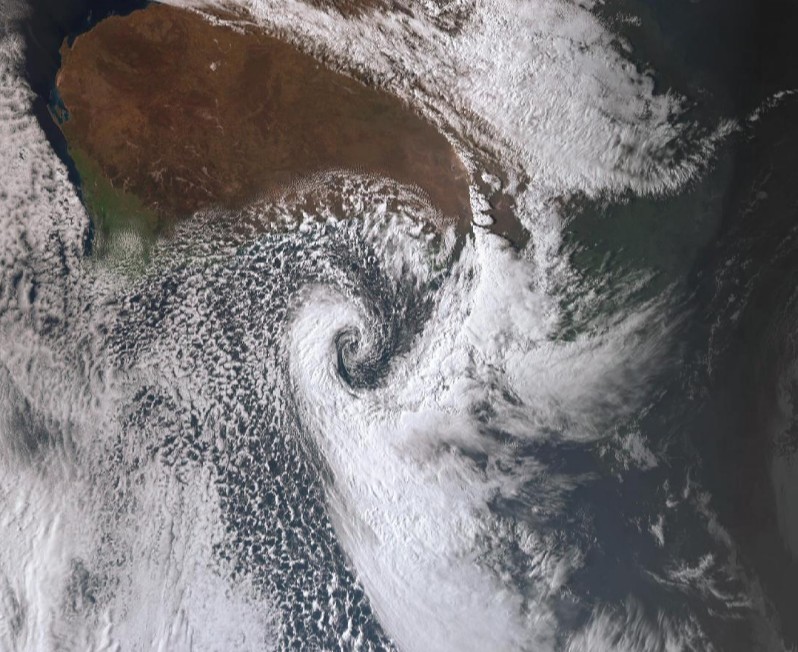 Regional Director for the Bureau of Meteorology in Tasmania Mr. John Bally said their northern catchments are already near capacity and even relatively modest falls of rain are likely to lead to strong river rises particularly in the South Esk, Macquarie, Meander, North Esk and Jordan rivers leading to minor to moderate flooding.