Tropical Storm "Darby" is currently about 1 000 km (621.4 miles) from the Hawaii islands, and is expected to start affecting them with strong winds, storm swells, and heavy rainfalls over the next 48 hours. Intense rainfalls may cause localized life-threatening flash floods and landslides. Tropical storm watches and warnings have been issued for the portions of the islands accordingly.

Tropical Storm "Darby" formed off the coast of western Mexico on July 12, 2016, and developed into the third hurricane of the 2016 eastern Pacific hurricane season by July 13. The system has weakened to a tropical storm on July 20 as it approached the Central Pacific Ocean. 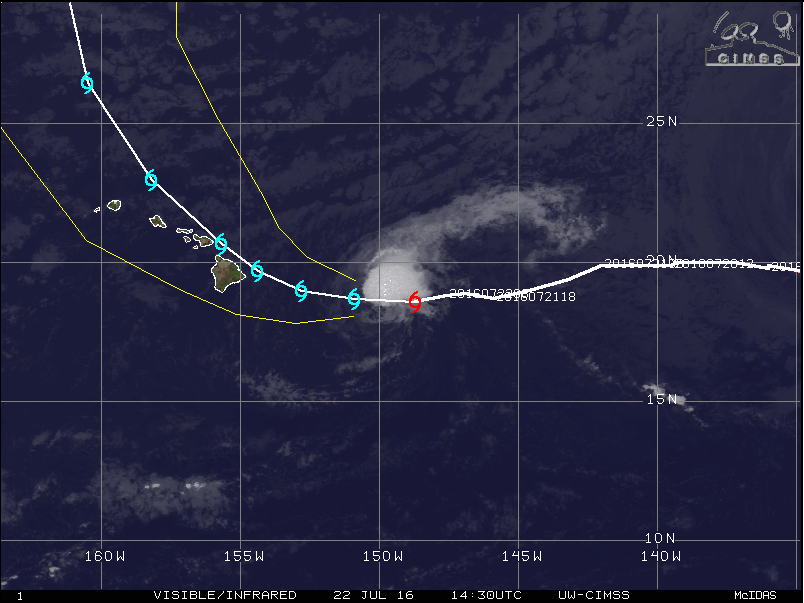 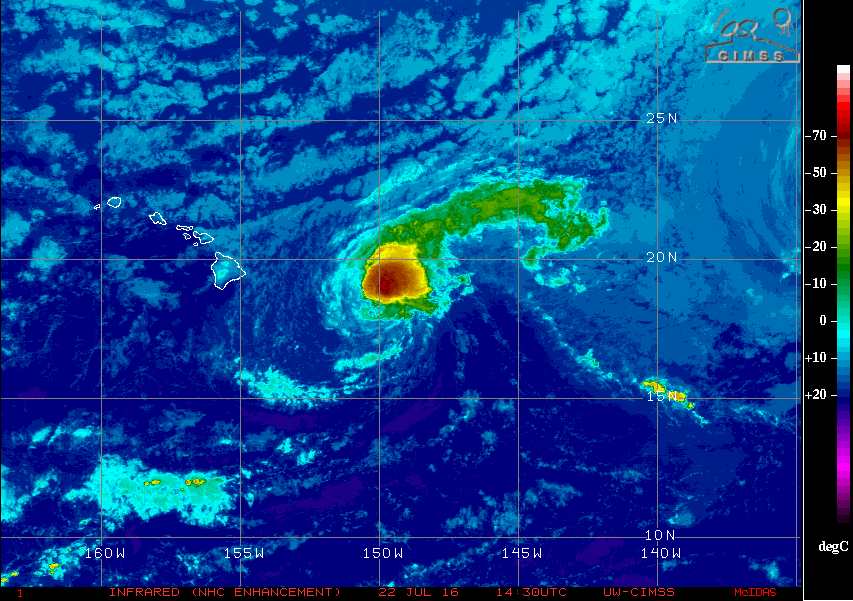 The winds of tropical force extend up to 165 km (105 miles) from the storm's center.

Darby's current westward movement is expected to continue until the early morning of July 24 when it will become northwesterly while retaining the same speed. Over the next 48 hours, the storm will have a constant speed of 101.86 km/h (63.3 mph) with higher gusts of 120.4 km/h (74.8 mph).

The winds of tropical force are expected to affect the Big Island and portions of Maui on July 23. The storm swells will impact the Hawaiian Islands over the next couple of days, and its strength may become damaging along some of the coastlines during the rest of the day and tomorrow.

Tropical Storm "Darby" will produce heavy rainfalls which will affect the Big Island and parts of Maui later today, and they may impact the rest of the state tomorrow. The abundant rains may induce life-threatening flash floods and rock and mud slides across the affected areas.