The first tropical system of the 2016 eastern Pacific hurricane season developed on June 6, 2016. Tropical Depression "One-E" formed near the coast of Mexico, and is expected to continue approaching the land over the next day. The system will probably remain off the coast, but heavy rainfall, life-threatening flash floods and mudslides are possible across the southern Mexico.

Tropical Depression "One-E" was located about 115 km (70 miles) south of Salina Cruz, Mexico and moving east-northeastward at 10km/h (6 mph) on June 7, 12:00 UTC, according to the National Hurricane Center (NHC). Maximum sustained winds were 55 km/h (35 mph), and its minimum central pressure was estimated a 1 008 hPa. 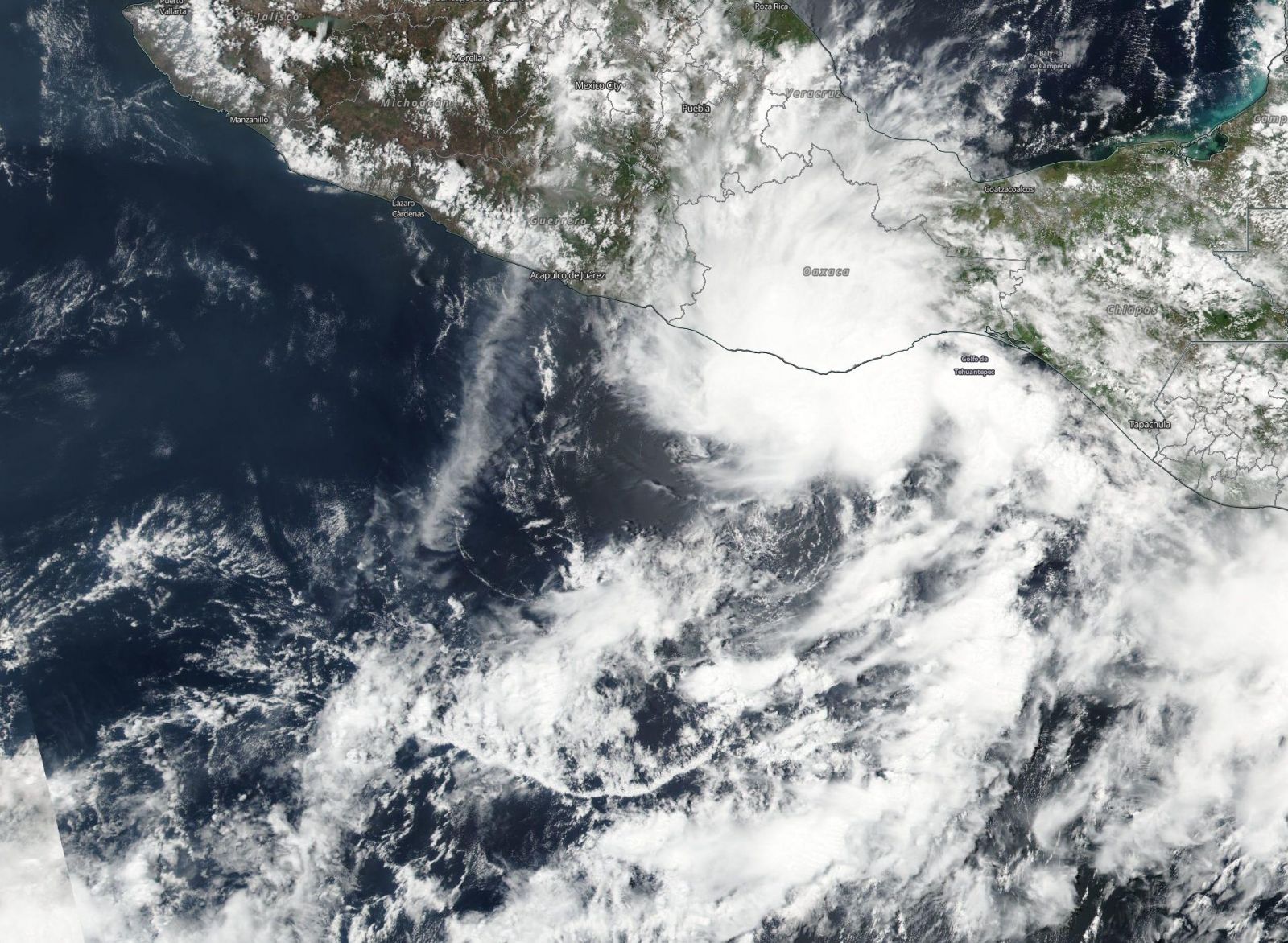 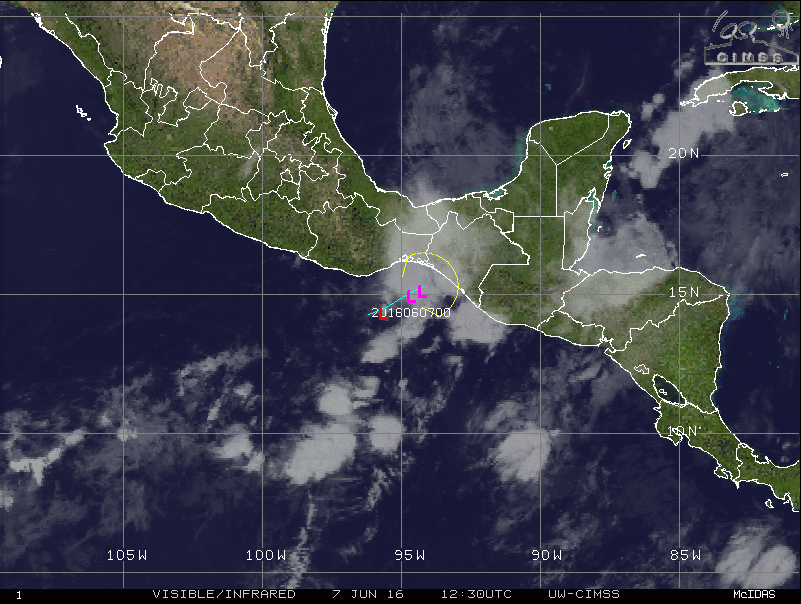 The system is currently moving toward the Gulf of Tehuantepec, and the motion is expected to continue through the night. The center of depression is forecast to approach the coast of southern Mexico later during the day, but will most likely remain offshore. One-E will weaken over the next couple of days, and should dissipate into a remnant low by the morning of June 8. 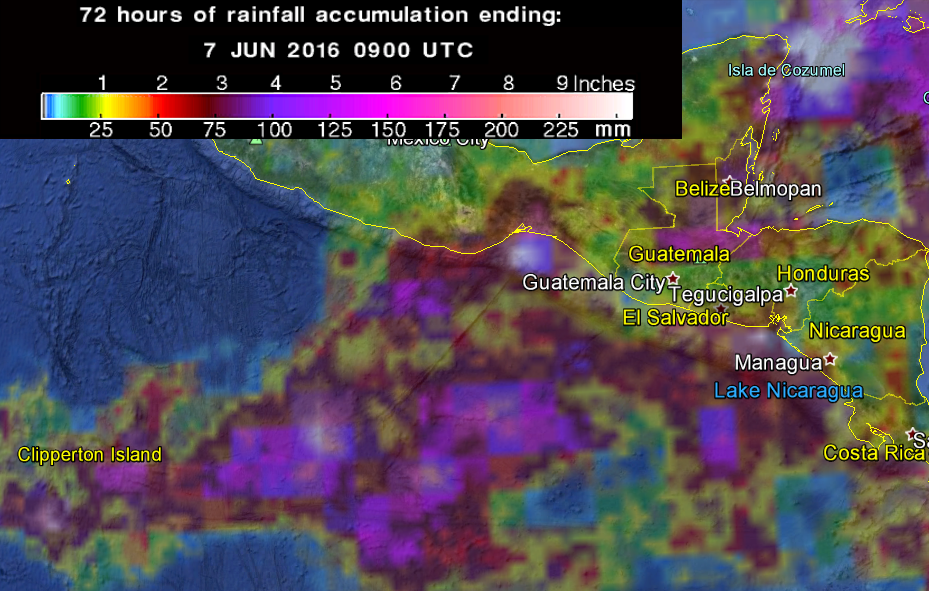 72-hr of rainfall accumulation across the southern Mexico coastline and off-shore, as osberved by the GPM Core Observatory. Image credit: Google/NASA/JAXA GPM

Heavy rains from the system are currently affecting the southern Mexico coast. According to the NHC forecast, the depression is expected to produce total rainfall accumulations between 101.6 and 152.4 mm (4 and 6 inches). Isolated, local amounts of 254 mm (10 inches) are possible over the southern Mexican states of Oaxaca, Chiapas, Tabasco, and eastern Veracruz throughout June 8.

Abundant amounts of precipitation may induce life-threatening flash floods and mudslides, especially across the mountainous ares. A Tropical Storm Watch has been placed in effect for the region between Puerto Escondido and Boca De Pijijiapan, and wind gusts of tropical force are possible in the watch area throughout the day.