At about 18:35 UTC on May 13, 2016, seismic activity at Pavlof volcano increased to levels that are typically associated with minor eruptive activity, Alaska Volcano Observatory (AVO) reports.

Based on the change and character of the seismicity, it is possible that an eruption may be in progress, and accordingly, AVO changed the Aviation Color Code and Volcano Alert Level to Orange/Watch at 20:04 UTC (12:04 AKDT) today.

Since the increase in seismicity, nothing indicative of eruptive activity has been observed in satellite data or in web camera images.

However, Pavlof has been obscured by thick clouds and no thermal signals or ash emissions have been observed through the cloud cover. 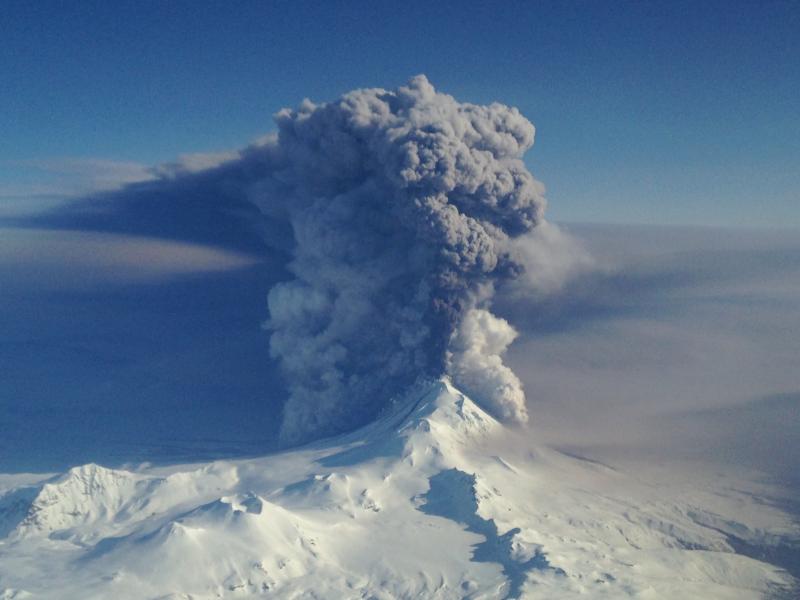 During the night lava fountaining from the summit crater was observed by mariners, pilots, and residents of Cold Bay (60 km / 37 milesSW), AVO reported. Lightning in the ash plume was detected in the morning, and infrasound data from a sensor network located in Dillingham (650 km / 404 miles away) also indicated sustained ash emissions.

The intensity of the eruption significantly declined at 20:30 UTC on 28 March; seismicity and infrasound signals decreased to low levels. Ash emissions decreased through the night and were barely visible in a satellite image acquired at 14:25 UTC on March 29.