Extreme weather conditions continue to affect Uruguay. As of April 22, 2016, more than 10 000 people across all 19 departments of the country are currently displaced due to flooding. Over the last ten days, 10 people died in weather-related incidents.

Heavy rainfalls were affecting Uruguay since April 15 when an unusual, severe tornado and widespread flooding killed at least 7 people, one person went missing and 3 000 were forced to leave their homes. Since then, the death toll has risen to 10, and the number of people displaced by the flooding is 10 097, according to the Uruguay emergency authorities (SINAE).

Storms and floods in Uruguay have killed seven people and driven 3,600 from their homes. https://t.co/vjaxxqmax1 pic.twitter.com/tsdlrcn1dX

Traffic across the country has suffered severe disruptions, as numerous roads and highways have been closed in more than 30 locations. 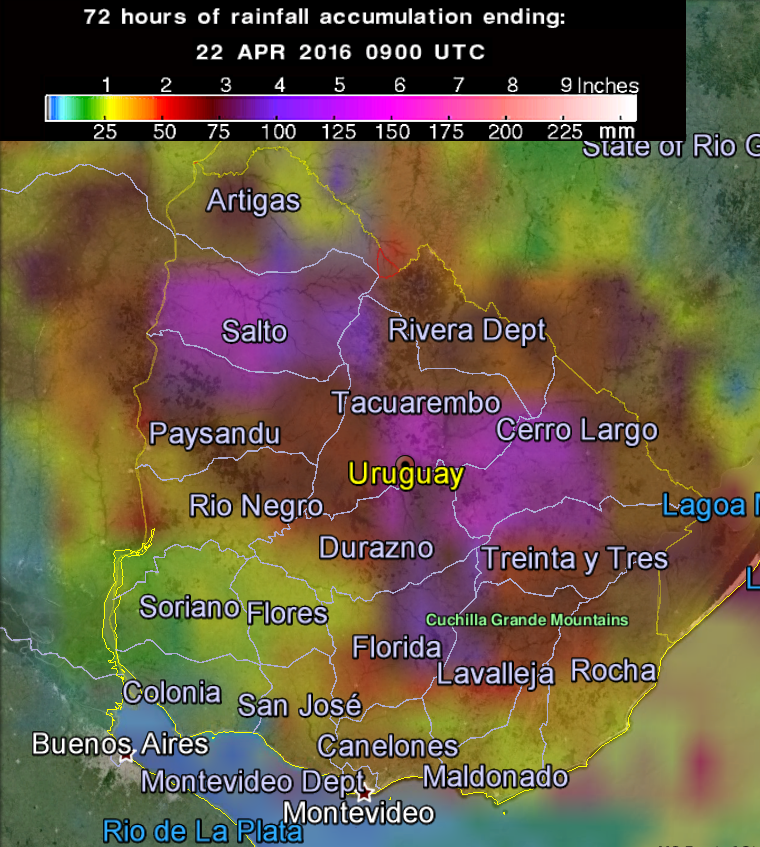 Orange level rainfall warnings were issued by INUMET on April 20, and at least 10 regions recorded more than 80 mm (3.5 inches) of rain on the occasion. Torrential downpours are expected to continue on April 23.

Although the weather doesn't seem to be improving, SINAE claims the situation is under control across all the affected areas, and local authorities are cooperating to ensure support, health and safety of the citizens.