Four days of heavy rains in northern provinces of Argentina have caused several rivers to overflow and prompted the evacuation of thousands of people. One man is reported to have died after drowning in a swollen river.

Heavy rains started on April 4 and intensified on April 5 affecting the provinces of Entre Ríos, Corrientes, Santa Fe and Formosa.

About 7 000 people have been displaced by floods in Entre Ríos' municipalities of Federación, San José de Feliciano, Villaguay and Colón. One man died in the floods when he was swept away by an overflowing river between the towns of Sosa and El Tala, Floodlist quoted Telam news agency.

The worst torrential rains were recorded in La Paz where 7 500 people have been affected. Crisis Committee of Civil Defense of the Municipality of La Paz reported that 345 mm (13.6 mm) of rain fell between April 4 and 5. The Cabayú Cuatia River overflowed causing damage, closure of bridges and forcing the displacement of people living in the Estación neighbourhood. Houses were also flooded in the neighbourhoods of Milagrosa, Puerto and Ribera del Paraná. Several roads have been inundated, with many cars dragged by the water, causing significant issues to local transportation.

The town of Alejandra in Santa Fe province has recorded 550 mm (21.6 mm) of rain between April 4 and 8, according to media reports. 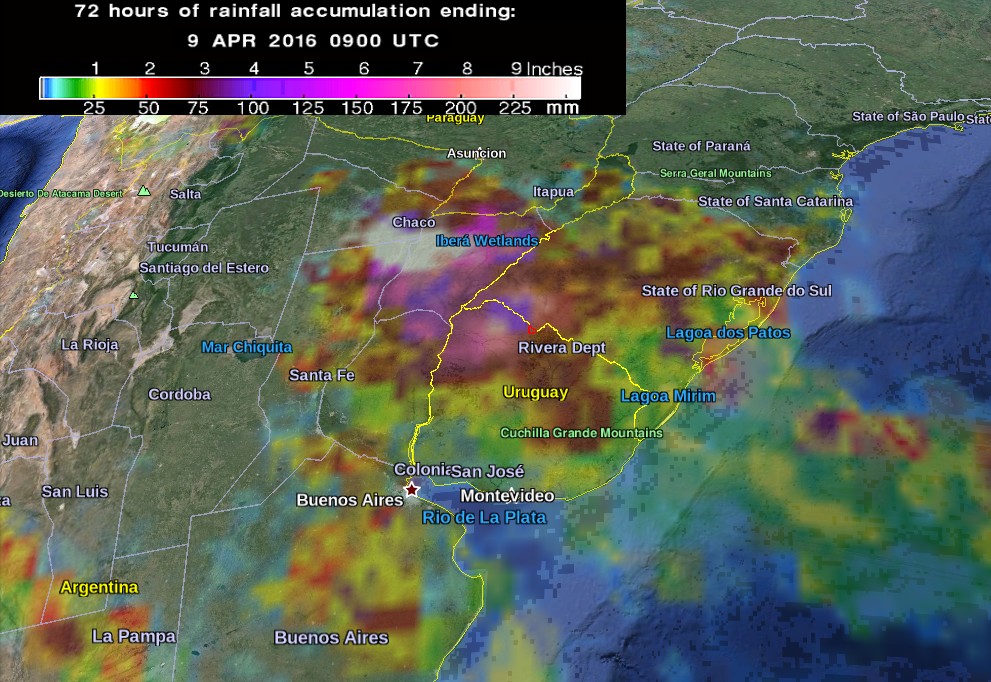