Severe flooding continues to affect southern Brazil and adjacent parts of Uruguay, media reported on October 27, 2015. According to the recent information more than 200 000 people across the states of Rio Grande do Sul and Santa Catarina have been affected so far while over 600 people have been displaced in Uruguay.

About 132 towns have been affected by the rainstorms battering the region over the last few weeks, according to the Civil Defense of Rio Grande do Sul. More than 7 500 families have been displaced across the state. 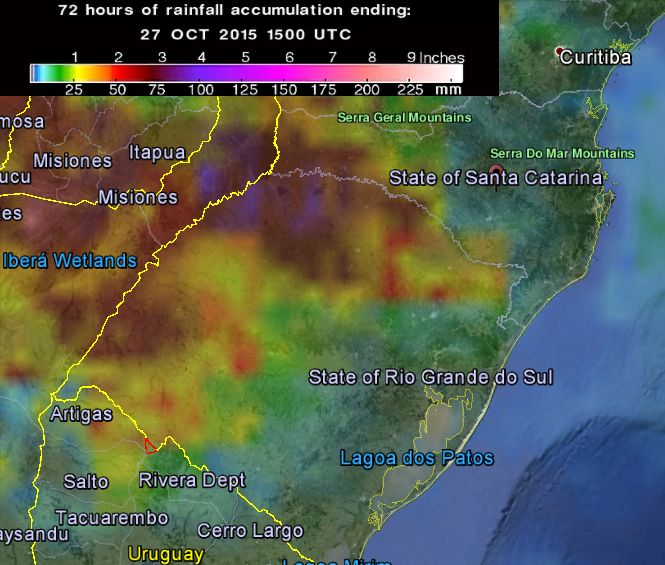 Heavy rainfalls have caused the second worst overflow of the Guaiba River ever recorded, according to Agência Brasil. Almost 30 000 residents across 97 towns of Santa Catarina are affected by severe flooding, according to the local Civil Defense report. 1 790 people have been displaced while 2 933 have been reported homeless.

Adjacent parts of Uruguay suffered from the flooding, as well. Severe rainstorms have caused the Uruguay and Yaguaron rivers to overflow thereby forcing more than 100 people to leave their homes.

However, the recent situation seems to be under control and stabilizing according to the Disaster Management Agency (SINAE). Currenlty, the only river above the safety level is Paysandu. 656 are stll displaced across the Artigas, Paysandu and Salto Rivera.