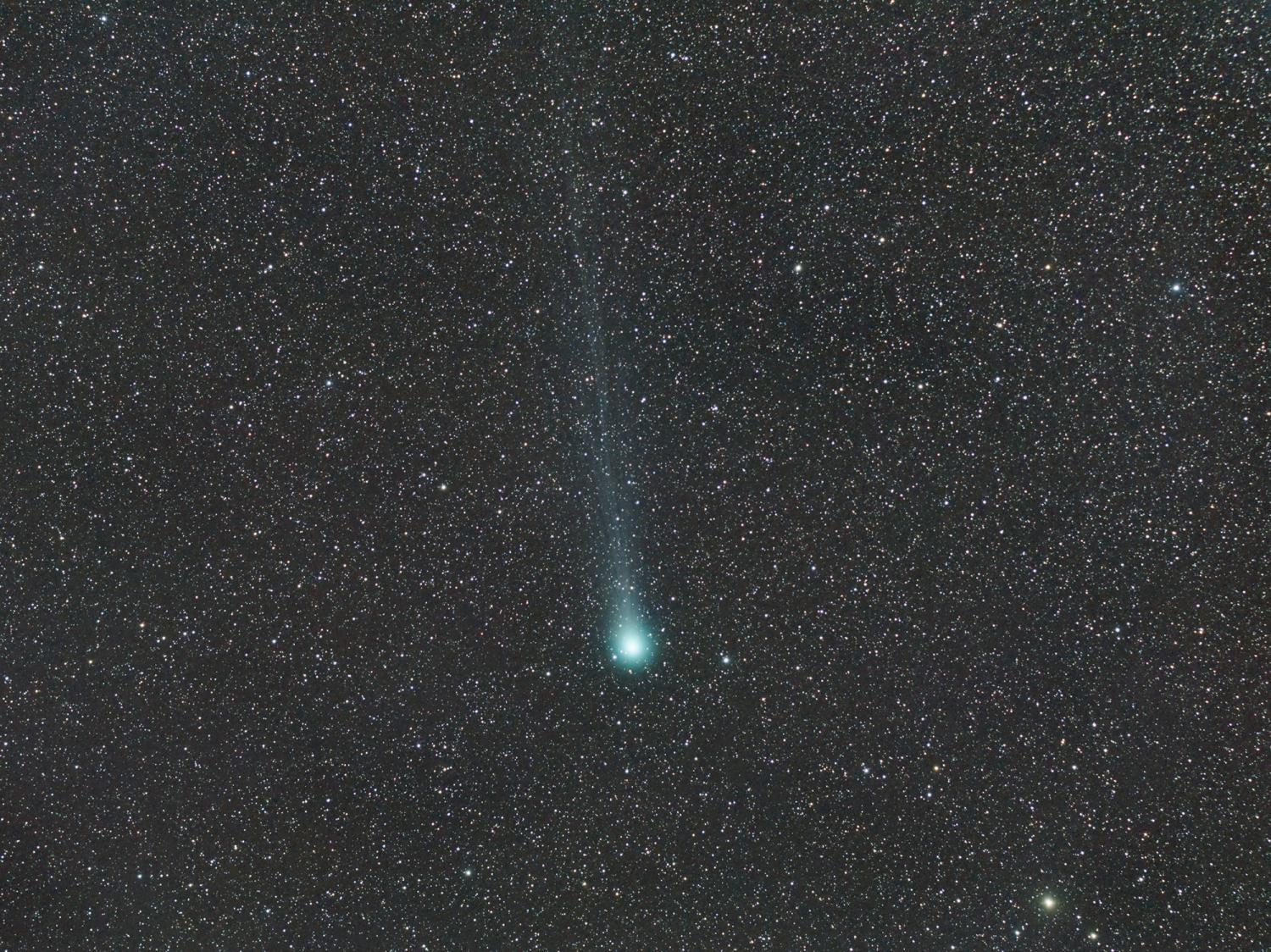 A group of researchers have found that comet Lovejoy is emitting ethyl alcohol and sugar as it traverses through space. Their discovery adds evidence to the theory that comets may have "seeded" Earth with complex organic molecules which led to the emergence of life.

"We found that comet Lovejoy was releasing as much alcohol as in at least 500 bottles of wine every second during its peak activity ," said Nicolas Biver of the Paris Observatory in France, lead author of the new research paper published in the journal Science Advances on October 23, 2015. The researchers also found that in addition to ethyl alcohol and glycolaldehyde (a simple sugar) the comet was releasing material that contained 21 different types of simple organic molecules including ethylene glycol, methyl formate and formamide among others.

While many comets have been found emitting organic molecules, this is the first instance of a comet releasing alcohol and simple sugar, both considered to be among the basic building blocks of life on earth. “The result definitely promotes the idea the comets carry very complex chemistry,” said Stefanie Milam of NASA’s Goddard Space Flight Center in Greenbelt, Maryland, a co-author on the paper. "During the Late Heavy Bombardment about 3.8 billion years ago, when many comets and asteroids were blasting into Earth and we were getting our first oceans, life didn't have to start with just simple molecules like water, carbon monoxide, and nitrogen. Instead, life had something that was much more sophisticated on a molecular level.”

Comet Lovejoy was discovered by astronomer Terry Lovejoy in August 17, 2014 and is also known by technical name C/2014 Q2. The comet made its most recent closest approach to the sun (perihelion) on January 30, 2015. It is widely considered to be the brightest and most active comet to pass the Earth since comet Hale-Bopp in 1997. During its recent perihelion, the comet was so bright that stargazers could see its green colors with the naked eye.

For the current research, scientists used the perihelion period, when the comet is brightest and most active, to observe the comet and analyze its composition. They observed the comet between January 13–16 and January 23–26,2015 using the  30-m telescope of the Institut de Radioastronomie Millimétrique (IRAM), located on Pico Veleta in the Sierra Nevada (Spain). The versatility of the receivers and spectrometers at the IRAM 30m telescope allowed the researchers to survey most of the 210–272 GHz (λ ~1 mm) spectral domain with high spectral resolution and sensitivity. This particular spectral range has been used to successfully detect organic molecules in comets in earlier studies.

Scientists found that the comet was releasing water at the rate of 20 tons per second. They also found over 21 complex organic molecules (COM) along with ethyl alcohol and sugar. Spectral details of some COMs found are included  in the above image.

The European Space Agency had announced earlier in July 2015 that its Philae lander from the Rosetta spacecraft had detected 16 complex organic molecules (COMs) on the comet 67P/Churyumov-Gerasimenko. According to the ESA, some of the compounds detected play a key role in the creation of amino acids and sugars from simpler "building block" molecules.

"The next step is to see if the organic material being found in comets came from the primordial cloud that formed the solar system or if it was created later on, inside the protoplanetary disk that surrounded the young sun," said Dominique Bockelée-Morvan from Paris Observatory, a co-author of the paper.