Widespread flooding across Paraguay, Argentina, Uruguay and Brazil over the last 7 days forced more than 150 000 people to evacuate their homes and claimed 6 lives so far. The floods are the worst to hit the area in the last 50 years, according to the local authorities.

A few days of persistent heavy rainfalls are thought to be enhanced by the El Nino weather phenomenon. The rains caused three large rivers in the region to swell with water. 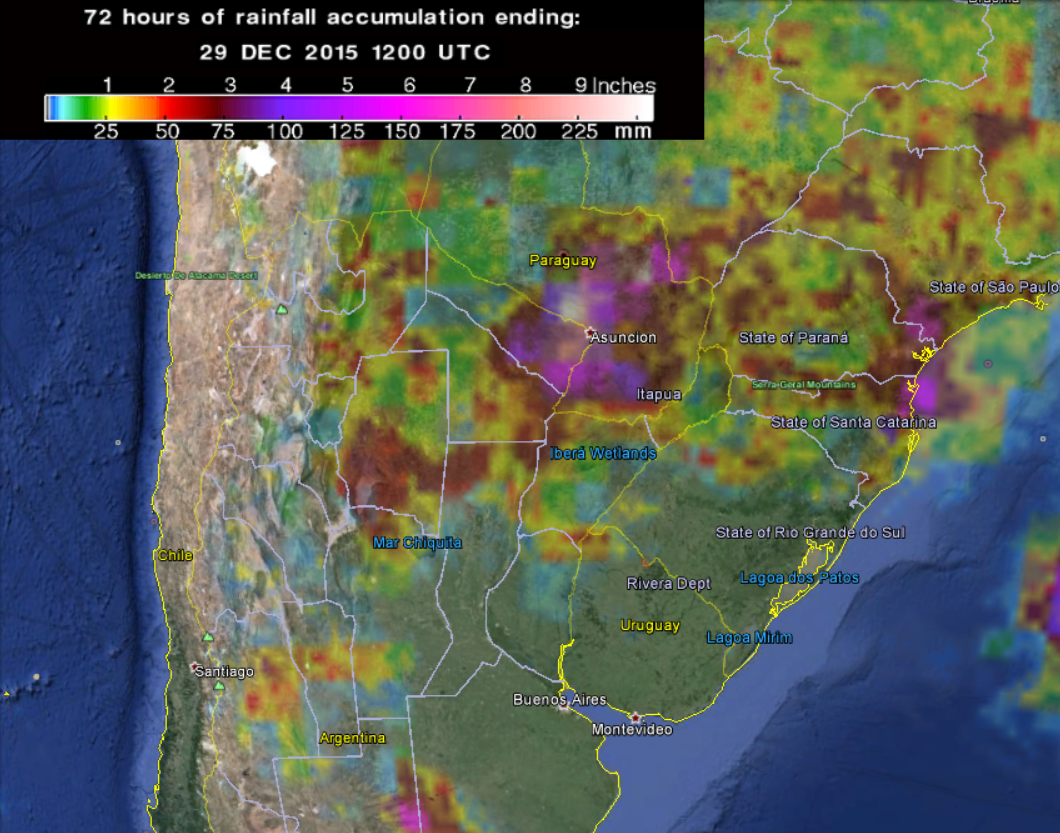 The worst hit has been the state of Paraguay where 130 000 people have been evacuated and a state of emergency was in effect on December 27, 2015. Strong winds in combination with heavy rainfall have damaged almost 200 electricity poles causing power outages across the area. 4 people have been reported dead due to fallen trees.

"(The flooding) was directly influenced by the El Nino phenomenon which has intensified the frequency and intensity of rains," Paraguay's national emergencies office said.

The residents of Asuncion, the Paraguay capital, are worried about possible flooding in the area, as the river in the city is only 30 cm (12 inches) away from overflowing its banks, according to the local authorities. The flooding might also affect thousands of residents in the vicinity.

According to President Horacio Cartes, $3.5 million (£2.3 million) will be provided to aid the recovery of the victims of the flooding.

In Argentina, 2 deaths have been reported so far, and 20 000 people in the city of Concordia have been forced to leave their homes, as the Uruguay river reached 14 m (46 feet) above its normal level in the area.

The northeastern provinces of Entre Rios, Corrientes and Chaco have been the most affected over the last few days.

In the Rio Grande do Sul, southern Brazilian state almost 1 800 families across 40 towns have been evacuated. Heavy rainfalls in the region started on December 18 and caused the rivers Uruguay and Quarai to rise.

Thousands of people in Uruguay have left their homes due to flooding conditions over the last couple of days. However, the majority have now returned. Water levels will most likely retain their current high levels over the next few days before receding.

The border between Brazil and Uruguay will have dry weather over the coming days. However, water levels in Paraguay and Argentina are still expected to rise.