A low pressure area named Storm "Katie" has hit southern England and south Wales on Monday, March 28, 2016, with strong winds of more than 160 km/h (100 mph), heavy rain and snow in some places. The storm caused power outages, severe travel disruption and infrastructural damage. At least one person has been found dead.

Katie is UK's 11th named storm since last autumn. It first made landfall in Cornwall and then exited into the North Sea from the Lincolnshire coast during the latter part of the morning.

More than 80 000 homes were left without power as the storm battered the country.

Flights at Heathrow and Gatwick Airports were cancelled or diverted due to high winds. Several major roads were closed.

The Needles, off the coast of Isle of Wight, measured wind gusts of 170 km/h (106 mph), while other parts of the country, like South West, Isle of Portland, Berry Head and Thorney Island, saw winds of more than 112 km/h (70 mph). 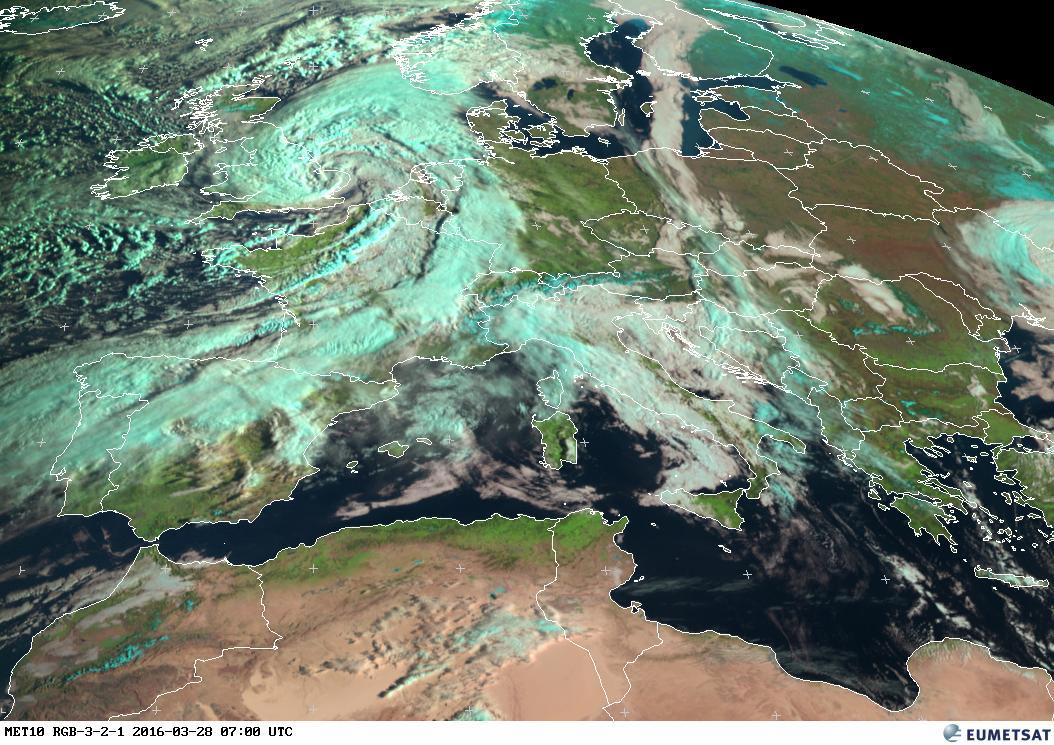 The winds in London were so fierce that they caused a crane to collapse in Greenwich. Nobody was injured, but a nearby building had to be evacuated, media reported. Meanwhile, a three storeys high scaffolding structure collapsed on a shopping precinct in Woodley, Berkshire and the M6 in Stafford was temporarily closed after flooding on the northbound carriageway left the road impassable, The Mirror reported.

South Yorkshire Police said a man's body has been found after a car entered the River Don, off the A1 in Doncaster.

Flights cancelled and trees down https://t.co/tchtUu3icQ

Photos from the landslip on the railway line between Templecombe farm crossing and Sherborne #StormKatie pic.twitter.com/7I094qw9Xg

The rain will quickly clear eastwards by midday, with gales gradually easing. Sunny spells and lighter winds developing during the afternoon, with a few scattered showers arriving before dusk. Maximum temperature 11 °C (51.8 °F).

A chilly night is expected with clear spells and scattered heavy showers, carried along on a brisk southwesterly wind, this particularly gusty around coastal areas. Minimum temperature 3 °C (37.4 °F).

The center of the storm is now moving toward southern Norway.