The 2 700-kg satellite, developed in conjunction with NASA, was launched on February 17 and was in the middle of a three-month checkout and instrument calibration phase when the communication anomaly occurred.

However, this "debris" doesn't mean Hitomi is in little pieces. "It means little pieces have come off it and the satellite might be basically intact, we don't know," Jonathan McDowell, an astronomer and space analyst at the Harvard-Smithsonian Center for Astrophysics, said.

JAXA said they received short signals from the satellite after the debris was spotted and is still working for recovery. 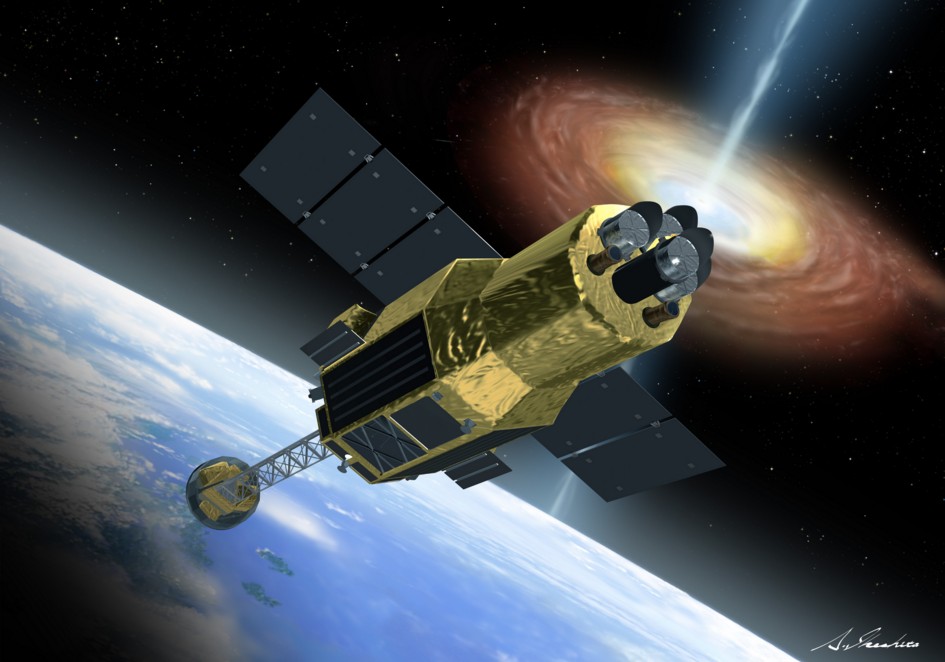 Although optical observations from the ground, made by Paul Maley at 03:19 UTC on March 28, suggest the spacecraft, which is normally three-axis stabilized, is spinning, there is still hope JAXA engineers, well known for pulling off spaceflight saves before, will recover Hitomi.

McDowell said today he is "optimistic that JAXA will recover contact with Hitomi in the coming days."

JAXA launched Hitomi, originally known as Astro-H, on an H-IIA rocket on February 17 from the Tanegashima Space Center.

The satellite is intended to study the structure of the universe, investigate the physics of conditions that cannot be reproduced on Earth, such as high temperature, strong gravitational and magnetic fields, and extremely dense regions, and probe the laws of physics in the background such as the distortion of relativistic space-time. 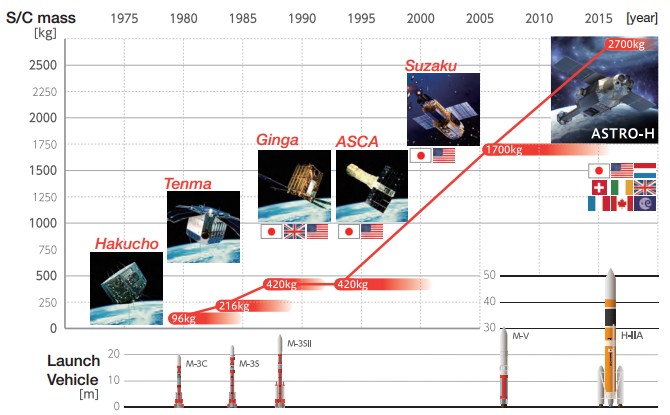 The history of X-ray astronomy in Japan. The satellite mass and the rocket used for launch are presented as a function of time at which the launch occurred. The flags represent the participating countries. Satellite size and performance has evolved to match the advancement of rockets. This has also led to the broadening of international participation. Credit: JAXA.

"ASTRO-H is the eye to study the hot and energetic universe. Therefore, we name ASTRO-H, 'Hitomi'. The word 'Hitomi' generally means 'eye', and specifically the pupil, or entrance window of the eye – the aperture," JAXA said post-launch.

You can learn more about Hitomi (ASTRO-H) satellite, here.