​A series of storm systems have begun soaking California and other parts of the West Coast, US this weekend. The weather is accompanied by the atmospheric river, a narrow corridor of moisture and moisture transport in the atmosphere, unleashing short periods of intense heavy rain, snow, high surf and coastal flooding. The severe weather event is expected to last into the next week.

Drought-stricken California and Nevada will experience copious, beneficial rain and mountain snow, although flash flooding will remain possible in California where Flash Flood Watches are in effect, NWS warned. This storm will also be quite windy, so Wind Advisories are also in effect.

"While this rain of storms will help replenish depleted water reservoirs and put a dent in the long-standing drought, a large amount of rain in a short time frame may lead to hazards such as flooding, mudslides, and debris flows," AccuWeather explained.

The wettest, strongest Pacific front was expected to slide down the coast on Saturday night, March 5, and Sunday morning, March 6. "A second storm system will then arrive Sunday afternoon in northern California, then linger into Monday in southern California," Chris Dolce of the Weather.com said. "Winds have gusted to as high as 140 km/h (88 mph) as of Saturday evening at Mount Diablo, with reports of scattered wind damage across Northern California."

Wind and precipitation – US and Canada on March 6, 2016. Image credit: MeteoEarth

By Saturday night, Marin, Monterey, Santa Clara and Santa Cruz counties picked up over 101 mm (4 inches) of rain. 139 mm (5.47 inches) was reported at Mount Umunhum. Lower elevations of the Bay Area picked up generally 25 to 50 mm (1 to 2 inches) of rain.

Along Soquel Creek, Santa Cruz County, residents are evacuating low-lying areas because of rising waters. An evacuation center has been set up at Jade Street Park in Capitola.

"Santa Cruz County is evacuating residents along the upper San Lorenzo River at Felton Grove and Paradise Park where flooding is imminent," ABC7News reports. "Across the San Francisco Bay and Monterey Bay areas, 53 197 customers have lost power on Saturday. The storm slammed into the East Bay, toppling over trees, knocking out power and causing poor driving conditions." 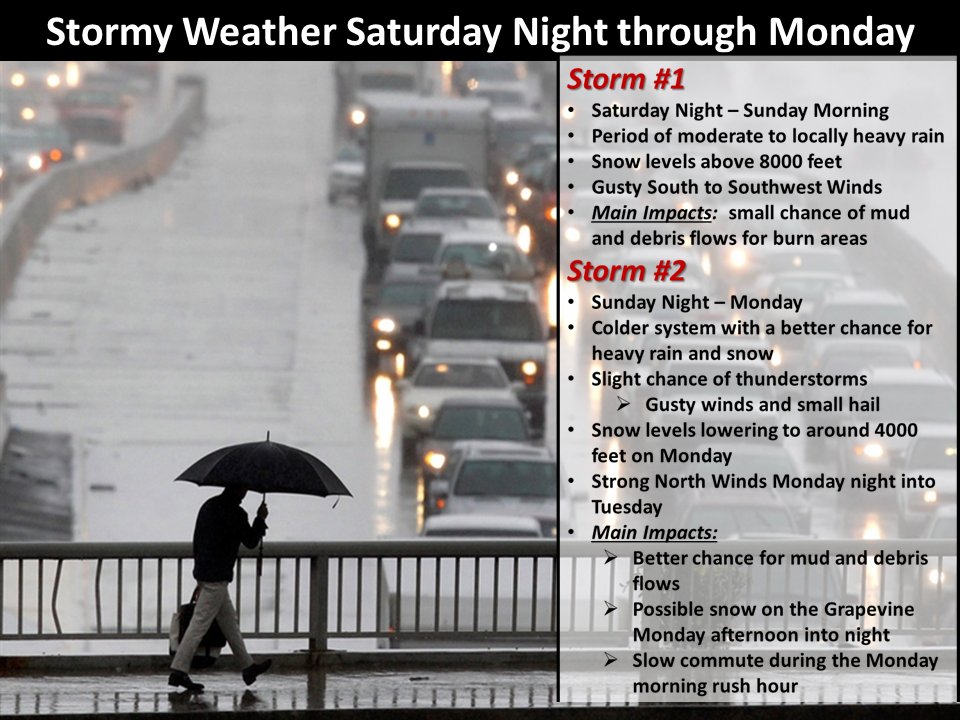 By Sunday night into early Monday morning, March 7, another frontal system will move into the West Coast from the Pacific, increasing rain and mountain snows once again. Through Monday afternoon, total snowfall amounts of 30 to 90 cm (1 to 3 feet) are possible in the Sierras – with snowfall accumulations at the highest elevations possibly approaching 150 cm (5 feet), according to NWS.

At the lower elevations, additional rainfall amounts of 25 to 76 mm (1 to 3 inches) are forecast from California northward into the Pacific Northwest.

As the approaching low pressure system moves from the Rockies into the plains by Monday, moisture from the Gulf of Mexico will begin to overspread much of the central US as southerly flow increases. Scattered to numerous showers and thunderstorms are forecast on Monday across much of the central US. Across the southern plains, the Storm Prediction Center is forecasting a slight risk of severe thunderstorms on Monday. Additionally, flash flooding will also be possible across portions of the southern plains. The weather pattern will be rather slow to change, with showers and thunderstorms persisting across the central US into Tuesday and spreading into the Mississippi valley, NWS said.

Featured image: Wind and precipitation – US and Canada on March 6, 2016. Image credit: MeteoEarth