The fourteenth tropical cyclone is active in the Southern Pacific Ocean. Tropical Cyclone "Yalo" formed on February 25, 2016, at 03:00 UTC, about 600 km (373 miles) west-southwest of Papeete, Tahiti. The system brought heavy rainfall and strong winds to the French Polynesia and Austral Islands. Disrupted rainy passages should cease by the afternoon of February 26, according to Meteo France. 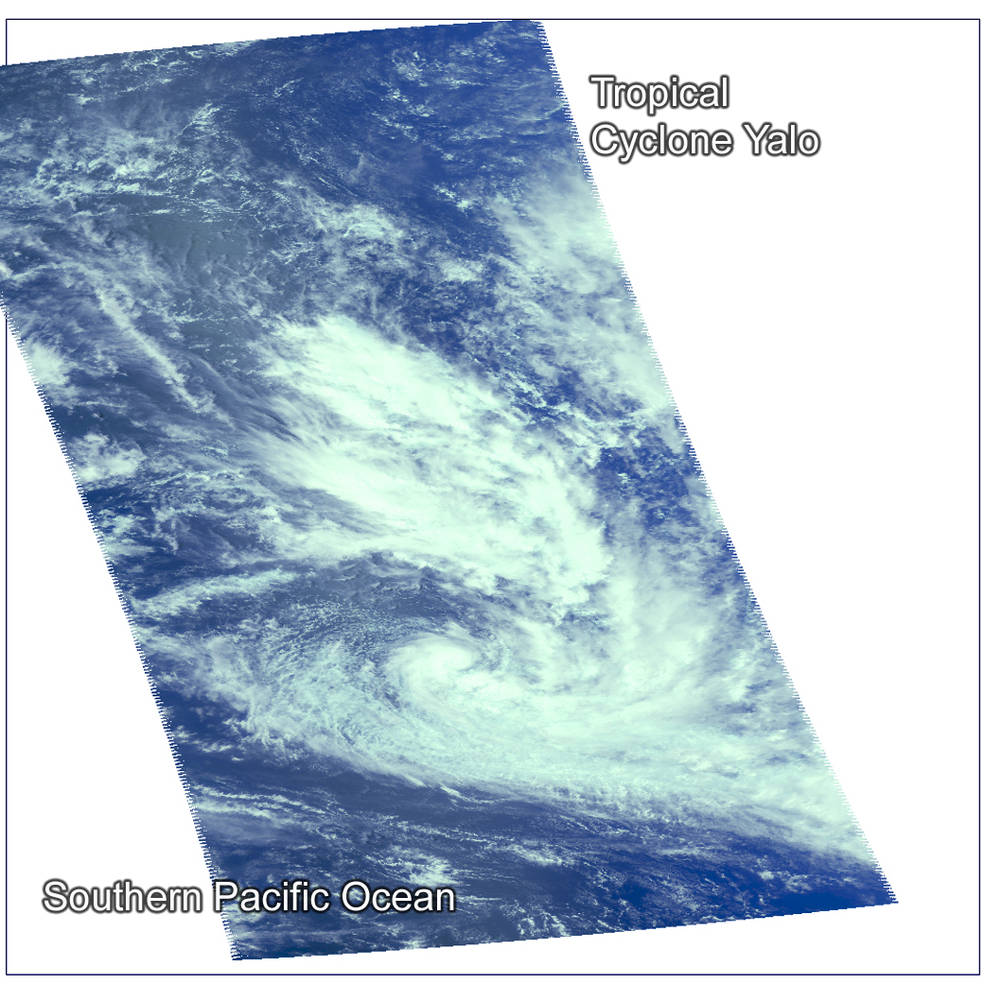 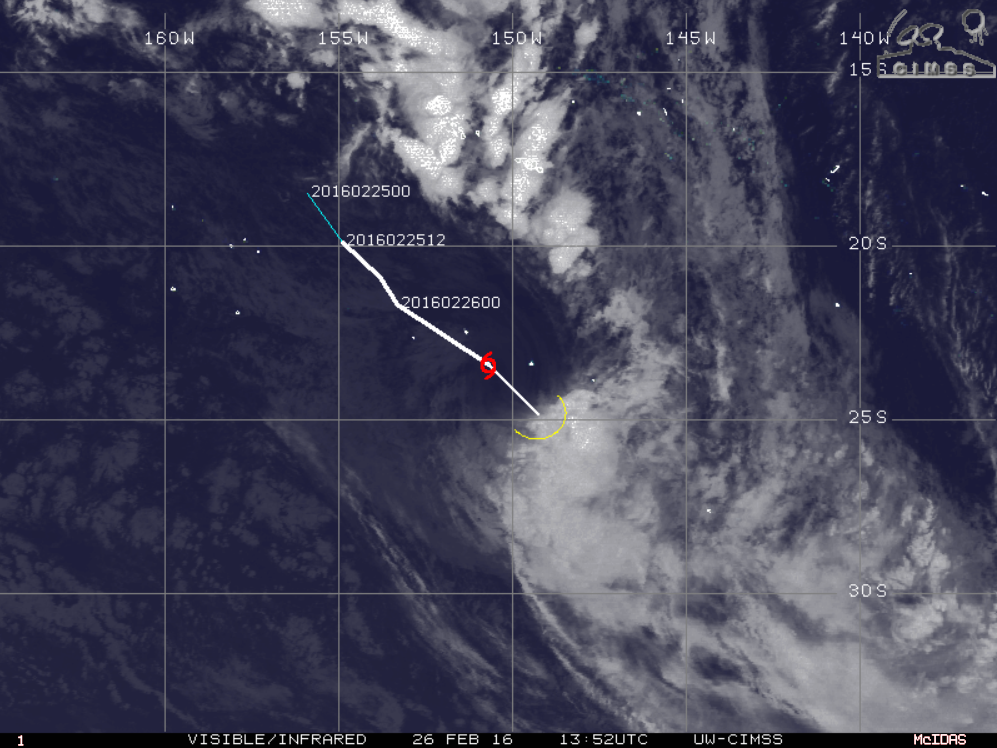 According to JTWC, Yalo is forecast to track southeastward as it rides along the western boundary of a subtropical ridge positioned to the east. It will move over increasingly cooler sea surface temperatures into an area of very high vertical wind shears, with speeds between 92.6 and 111.1 km/h (57.5 and 69 mph). Rapidly deteriorating conditions will cause the cyclone to dissipate within 24 hours. By then, maximum sustained winds are expected to drop to 55.5 km/h (34.5 mph) and wind gusts will lower to 74 km/h (46 mph).

The storm threatens French Polynesia and Austral Islands, and Meteo France issued warnings and watches accordingly. Iles du Vent can expect occasionally brief and intense periods of rainfall until at least midday on February 26 (local time). Local wind gusts can exceed 80 km/h (49.7 mph). Heavy rainfalls and strong winds have been observed on Mopelia and Iles of the Iles Sous Le Vent, and more intense passages are expected until midday on February 26 (local time). 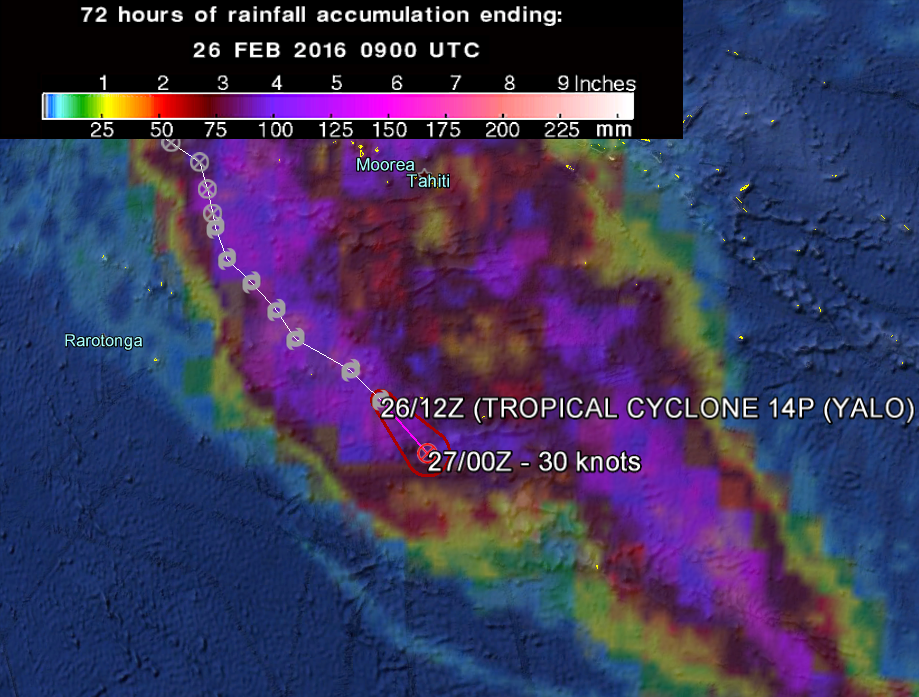 Heavy rainfalls and strong winds have also affected the Austral Islands. The sustained winds between Rimatara and Tubuai reached 110 km/h (68.4 mph). Rainy passages are expected to fade throughout the afternoon of Friday 26.