Both Momotombo and Telica volcanoes in Nicaragua reported explosions on February 13, 2016. In response, the local authorities activated emergency plans to provide a rapid response if the communities become threatened. No injuries have been reported, but several communities experienced ashfall from the explosions.

A series of approximately 12 small explosions occurred at Telica volcano on the morning of February 13 (local time). INETER reported ash columns rising between 300 and 1 000 m (984 and 3 281 feet) above the crater. At least 20 smaller eruptions were recorded in the next couple of hours. Some local communities experienced ashfall. 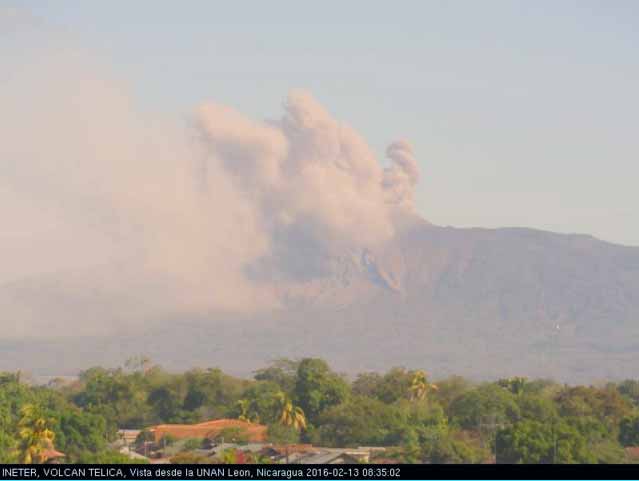 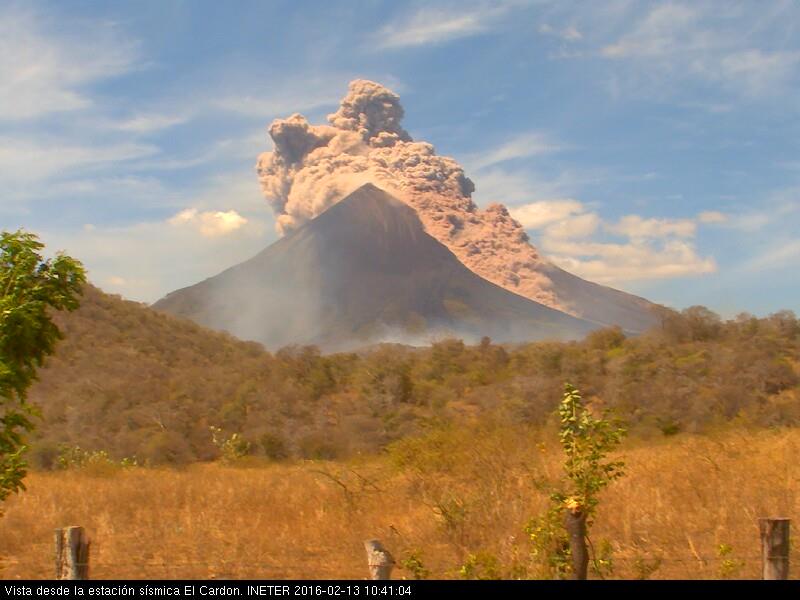 Momotombo volcano exploded shortly after Telica's first eruption. The explosion occurred at 10:40 (local time), producing a pyroclastic flow that descended on the NE flank. The pyroclastic flow, surrounded by yellow-brown ash, was thought to result from the collapse of older material at the crater during the explosion. The glow was visible at the crater throughout the night, meaning that temperatures remained increased. 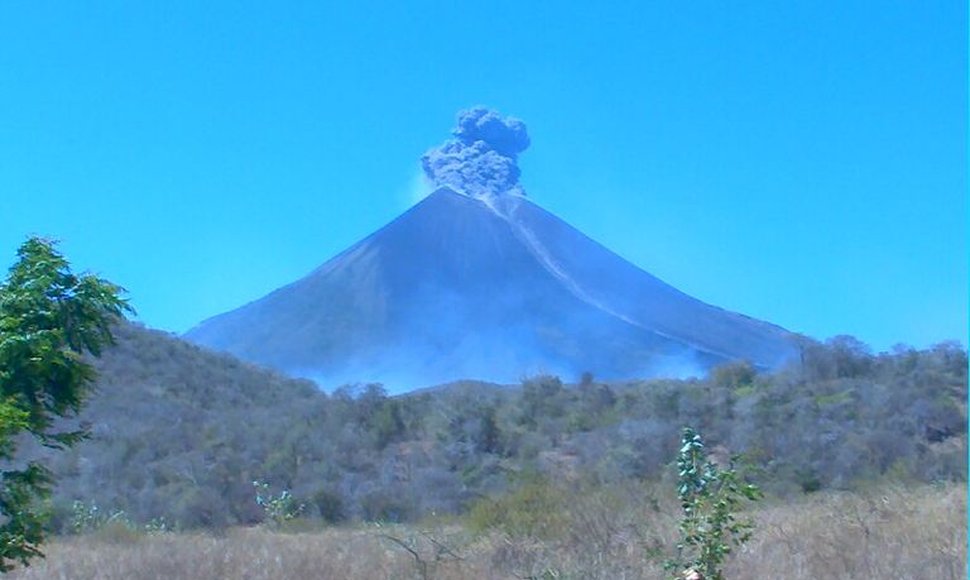 Two relatively small explosions occurred at the Momotombo volcano on February 12, around 02:20 and 11:15 (local time). Incandescent material was ejected onto the upper flank of the cone and produced ash plumes that quickly dissipated into westerly directions, Volcano Discovery reports.

INETER reports the activity was accompanied by a threefold increase in volcanic tremor and preceded by a significant increase in SO2 output from approximately 600 to over 1 000 tons per day, in the period between February 9 and 11. Eruptions most likely resulted from a new magma batch rising inside the volcano. 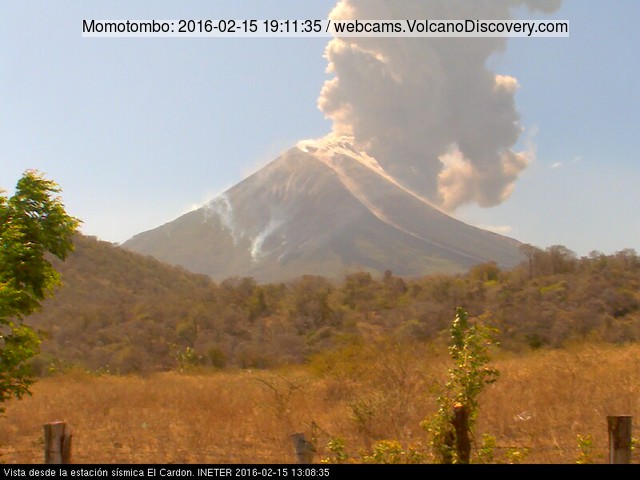 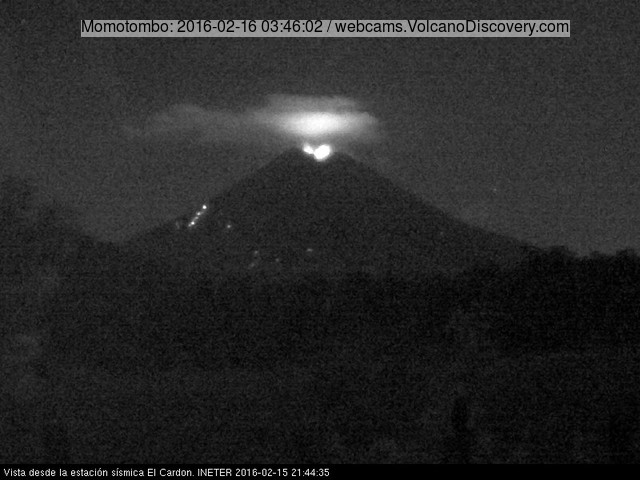 Another moderately strong explosion was reported from the summit crater on February 15 at 13:08 (local time), ejecting an ash plume that rose approximately 1 000 m (3 280.8 feet). Many incandescent bombs that ignited bush fires on the upper flank of the volcano were observed. Bright glow at the crater at night indicates the presence of new magma.

A strong explosion at 12:10 (local time) sent an ash plume about 3 km (9 842.5 feet) from the volcano summit and generated a small pyroclastic flow.

After 110 years of being dormant, Momotombo volcano awakened on the morning of December 1, 2015. Four eruptions were recorded on the occasion sending steam and ash plumes up to 1 km (3 281 feet) above the volcano summit.

No injuries were reported from the most recent events. However, the Civil Defense of Nicaragua activated emergency plans to provide a rapid response in case the communities become at risk. They have also visited communities near the Momotombo volcano to coordinate evacuation routes in case a major incident occurs.

Telica, one of Nicaragua's most active volcanoes, has erupted frequently since the beginning of the Spanish era. This volcano group consists of several interlocking cones and vents with a general NW alignment. Sixteenth-century eruptions were reported at symmetrical Santa Clara volcano at the SW end of the group. However, its eroded and breached crater has been covered by forests throughout historical time, and these eruptions may have originated from Telica, whose upper slopes, in contrast, are unvegetated.

The steep-sided cone of 1061-m-high (3 480.9 feet) Telica is truncated by a 700-m-wide (2 296.6 feet) double crater; the southern crater, the source of recent eruptions, is 120 m (393.7 feet) deep. El Liston, immediately SE of Telica, has several nested craters. The fumaroles and boiling mudpots of Hervideros de San Jacinto, SE of Telica, form a prominent geothermal area frequented by tourists, and geothermal exploration has occurred nearby.

The youthful cone of Momotombito forms a 391-m-high (1 282.8 feet) island offshore in Lake Managua. Momotombo has a long record of strombolian eruptions, punctuated by occasional larger explosive activity. The latest eruption, in 1905, produced a lava flow that traveled from the summit to the lower NE base. A small black plume was seen above the crater after an April 10, 1996, earthquake, but later observations noted no significant changes in the crater. A major geothermal field is located on the southern flank of the volcano. (GVP)