A strong eruption of Nicaraguan Momotombo volcano was recorded at 04:22 local time on January 3, 2016 (22:22 UTC on January 2) and covered much of the summit cone with incandescent ejecta.

After 110 years of sleep, Momotombo volcano awakened on the morning of December 1, 2015. Four eruptions were recorded on the occasion sending steam and ash plumes up to 1 km (3 281 feet) above the volcano summit. 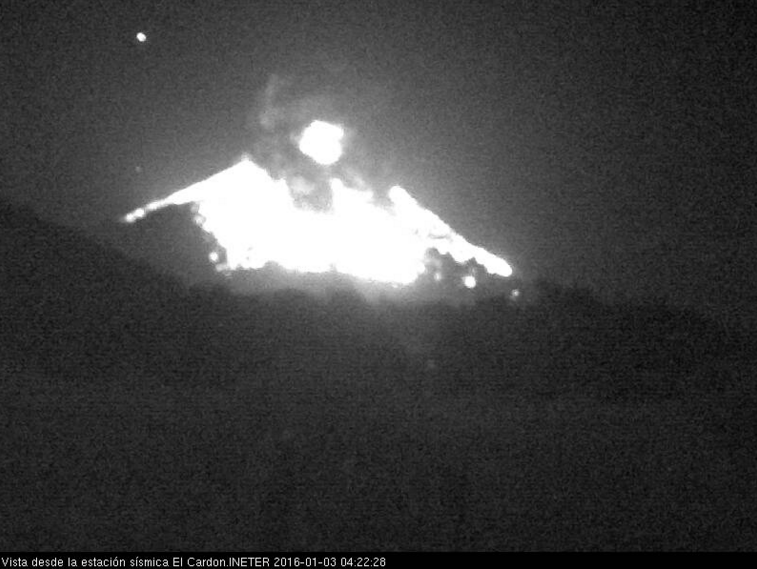 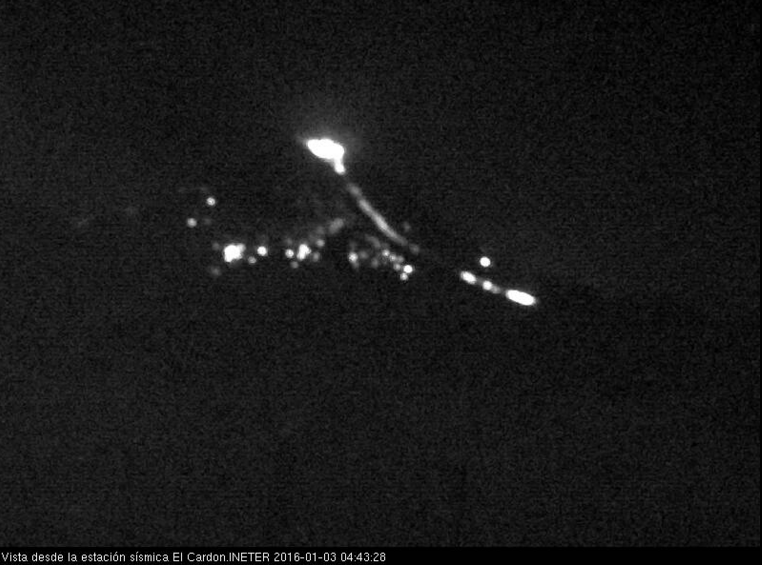 The continuous strombolian activity accompanied with the lava flow effusion ceased during early December, and only high-temperature degassing, sporadic minor explosions and the growth of a possible small lava dome have been reported since. A strong eruption observed on January 3, 2016 (local time) has marked a more intense activity phase, Volcano Discovery reports.

On the morning of January 2, small ash emissions were observed. Weak explosions occurred later in the day. An intense explosion of January 3 might have involved a small pyroclastic flow reaching heights between 1.5 and 2 km (0.93 and 1.24 miles) on the northeast side of the volcano.

It remains unclear if the newest activity signalizes a new batch of magma is arriving at the vent and leading to even more intense period of activity, or is it caused by more superficial processes such as surface pressure released beneath the recently emplaced lava in the summit. 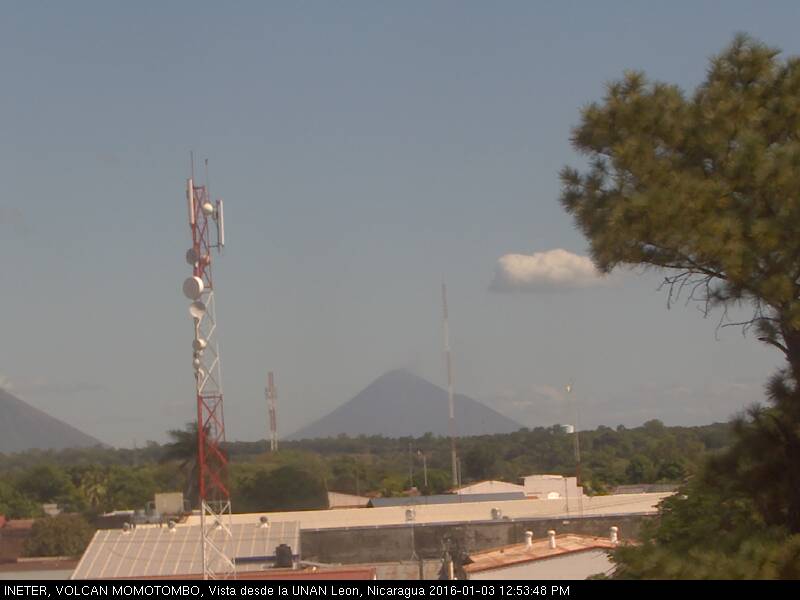 December 2015 is the first time the volcano showed the signs of eruptive activity since 1905, and only 16 eruptions have been recorded since 1524, most of which have been small explosions of phreatic nature. The only two larger eruptions were observed in 1605 and 1609 when large bombs and blocks were expelled to the distances of approximately 6 km (19 685 feet), in the area of the nowadays abandoned town of León Viejo.

The morning explosion caused no damage, however it was reported to ignite the vegetation on the flanks of Momotomba volcano.

The youthful cone of Momotombito forms a 391-m-high (1 282.8 feet) island offshore in Lake Managua. Momotombo has a long record of strombolian eruptions, punctuated by occasional larger explosive activity. The latest eruption, in 1905, produced a lava flow that traveled from the summit to the lower NE base. A small black plume was seen above the crater after an April 10, 1996 earthquake, but later observations noted no significant changes in the crater. A major geothermal field is located on the southern flank of the volcano.