According to the BBC, this followed an outbreak in Brazil.

"Brazil said the number of babies born with suspected microcephaly – or abnormally small heads – had reached nearly 4 000 since October.

Meanwhile, US health authorities have warned pregnant women to avoid travelling to more than 20 countries in the Americas and beyond, where Zika cases have been registered."

The Zika virus circulates in Africa and Asia in humans, animals, and mosquitoes since it was first documented, but very few outbreaks have been reported outside this area, according to Public Health England. The virus is new to the Americas, and it first appeared on the Brazil territory in May 2015. As of January 18, 2016, most states across Brazil have confirmed locally-acquired cases and 3 cases from returning travelers were reported in the UK.

The virus is rapidly spreading across the Americas. This may be happening because their populations had previously not been exposed to Zika, and they have no immunity. The other reason is that the Aedes mosquitoes are present in all the regions apart from Canada and continental Chile.

Pan American Health Organization (PAHO) and WHO stated that the most effective forms of prevention include reducing mosquito populations by eliminating their potential breeding sites, and using personal protection measures for preventing mosquito bites. 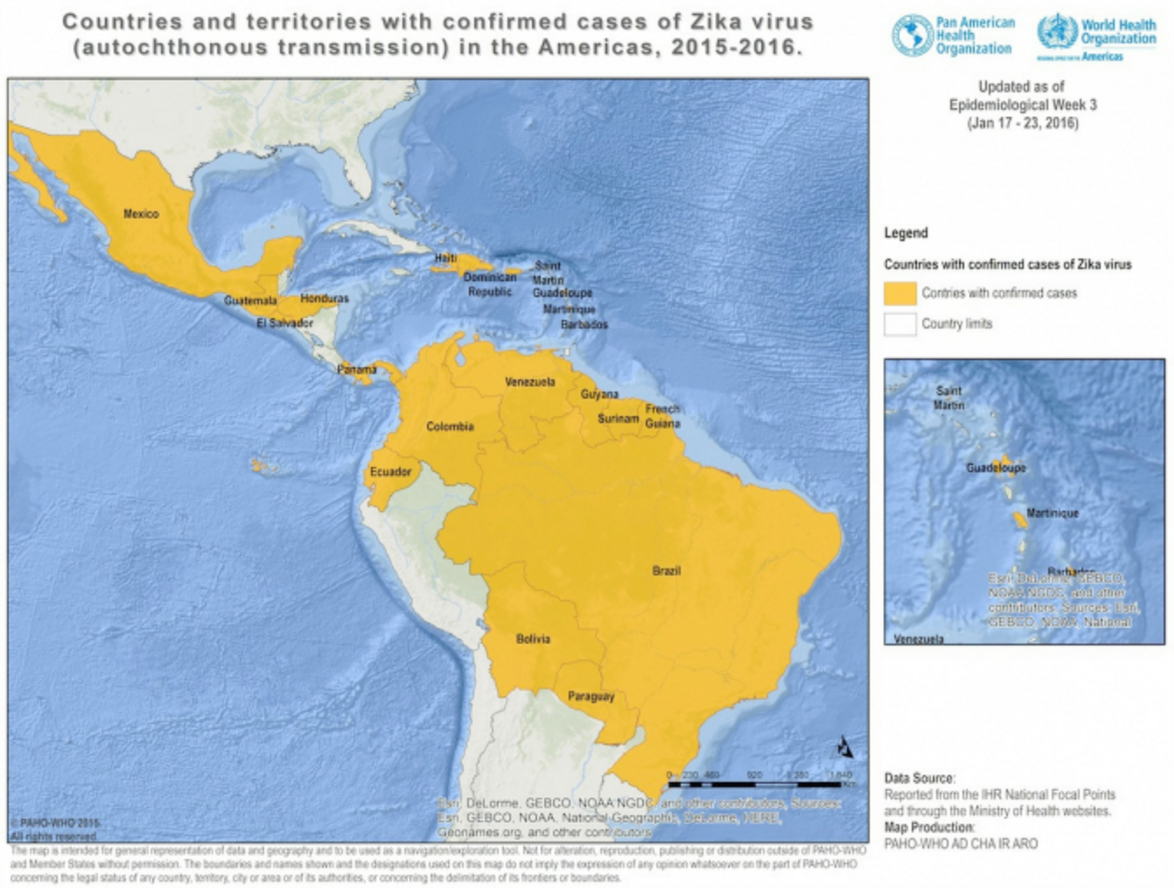 The Zika virus is transmitted by the bite of an infected female Aedes mosquito and cannot be spread directly from one person to another. The virus typically induces only milder symptoms such as low-level fever, joint pain, rash, conjunctivitis or red eyes, headache, eye pain and muscle pain. Death or serious complications are rare. In Brazil, 3 people were reported dead due to the Zika virus in November 2015.

The virus has been found in human semen, and one case of possible sexual transmission was documented. However, more evidence is needed to confirm a sexual contact is indeed a means of virus transmission.

Although the virus can be transmitted through blood, this is not frequent, and standard precautions, already in place for ensuring safe blood donations and transfusions should be followed.

Also, currently, there is no evidence, the Zika virus can be transmitted to babies through breastfeeding. Mothers in affected zones are encouraged to follow PAHO/WHO recommendations on the matter.

The people living or visiting areas with Aedes mosquitoes should use the insect repellent to protect their skin from mosquito bites, use light-colored clothes that cover as much of the body as possible and physical barriers such as screens, closed windows and doors. If staying outdoors, sleeping under mosquito nets in highly recommended, especially during the day when the mosquitos are most active.

Pregnant women should be especially careful to avoid mosquito bites and consult their healthcare provider before and after visiting the affected countries.