A major winter storm, known as Winter Storm "Jonas" and Blizzard 2016, hit the mid-Atlantic and Northeast, US, with heavy snowfall, blizzard and high winds on the morning of January 23, 2016. 9 people died so far in the weather-related incidents across the affected areas.

Washington D.C. and New York City have seen up to 5.8 cm (2 inches) of snowfall per hour during the early morning hours of January 23. At the same time, 6 cm (23.5 inches) was measured in Boswell, Pennsylvania and over 30.5 cm (about 1 foot) in parts of Kentucky, Maryland, North Carolina, eastern Tennessee, West Virginia and Virginia. 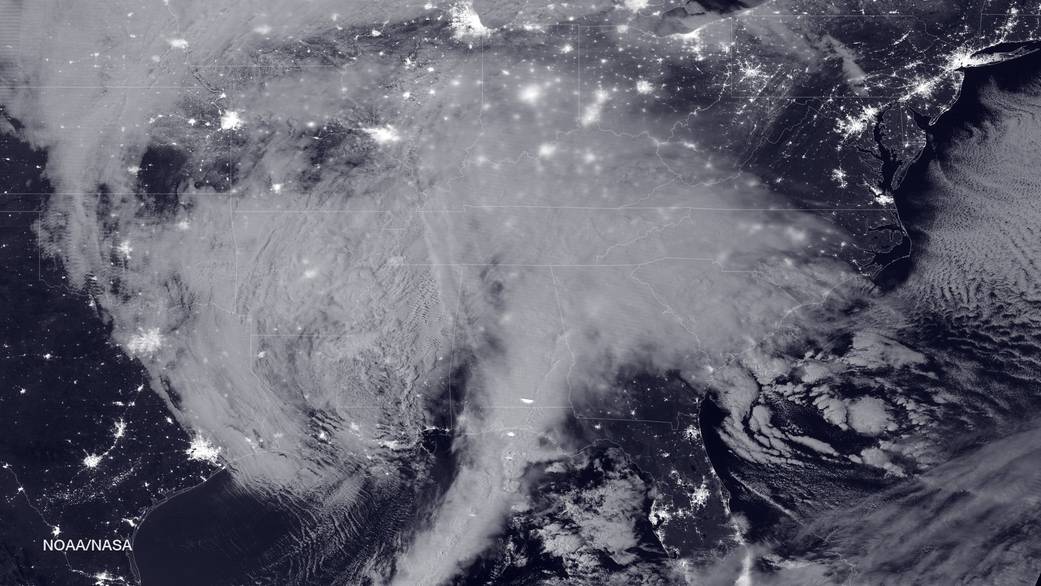 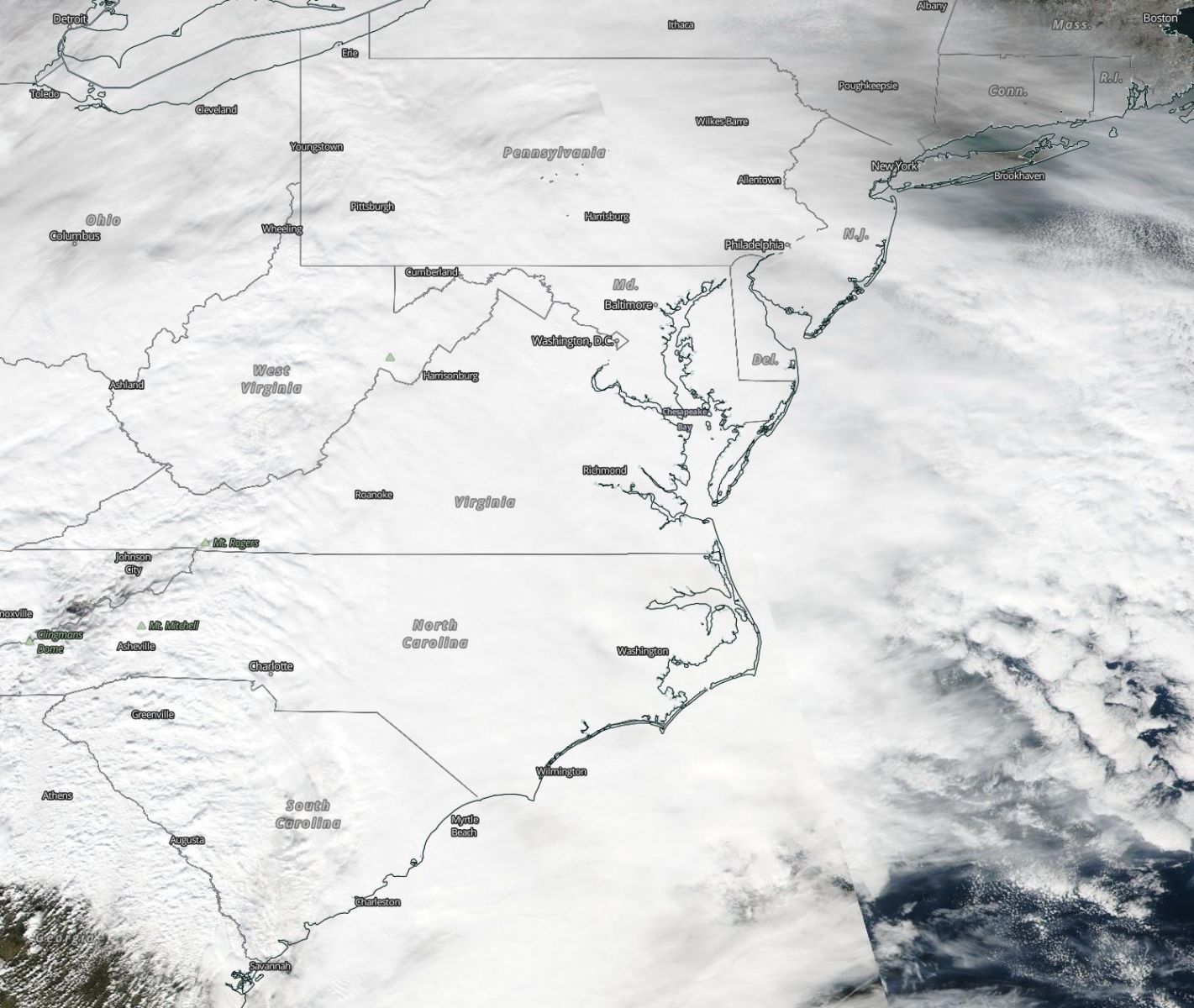 Snow was reported all the way to Florida, southern Alabama and southern South Carolina, according to media reports.

Strong winds have been reported along the mid-Atlantic coast. The highest wind gust of 136.8 km/h (85 mph) was recorded on Assateague Island, Virginia while 106.2 km/h (66 mph) was measured at Dewey Beach in Delaware.

Snowfall in combination with blizzard conditions and strong winds has caused major traffic disruptions and created life-threatening conditions across the affected areas. 9 people have been reported dead so far.

Unfortunately, extreme weather conditions will continue. The National Weather Service (NWS) warned that major to historic winter storm will impact the region of mid-Atlantic to southern New England over the next day:

"A powerful low pressure system will bring heavy snow and blizzard conditions from the Middle Atlantic Region all the way through southern New England. The heaviest snow is expected to fall over the Middle Atlantic Region including the Washington DC and Baltimore metro areas west to the Blue Ridge mountains. In addition, moderate coastal flooding is expected. The storm will taper off by Sunday. " 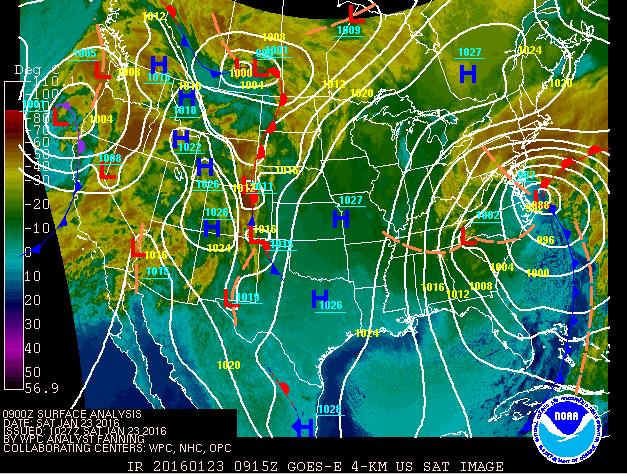 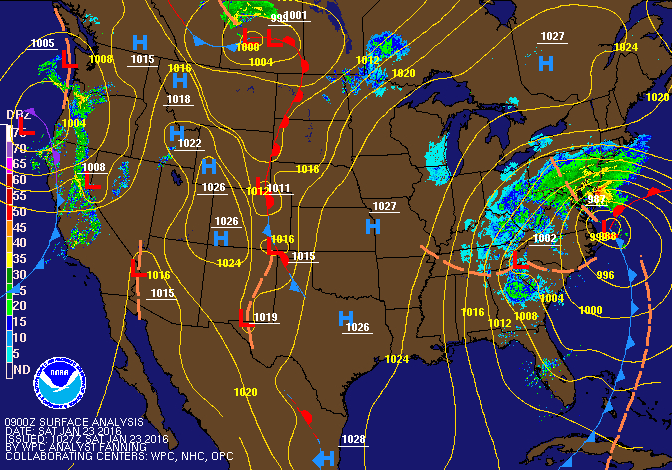 A blizzard warning is in effect across northern Virginia to southern Connecticut, including Washington D.C, Baltimore, Philadelphia and New York City. Strong winds could cause power outages and trigger major coastal flooding along the shores of New Jersey and Delaware.

About 30.5 cm (1 foot) of additional snowfall is expected to influence the region from northern Virgina to the New York City area through the day. 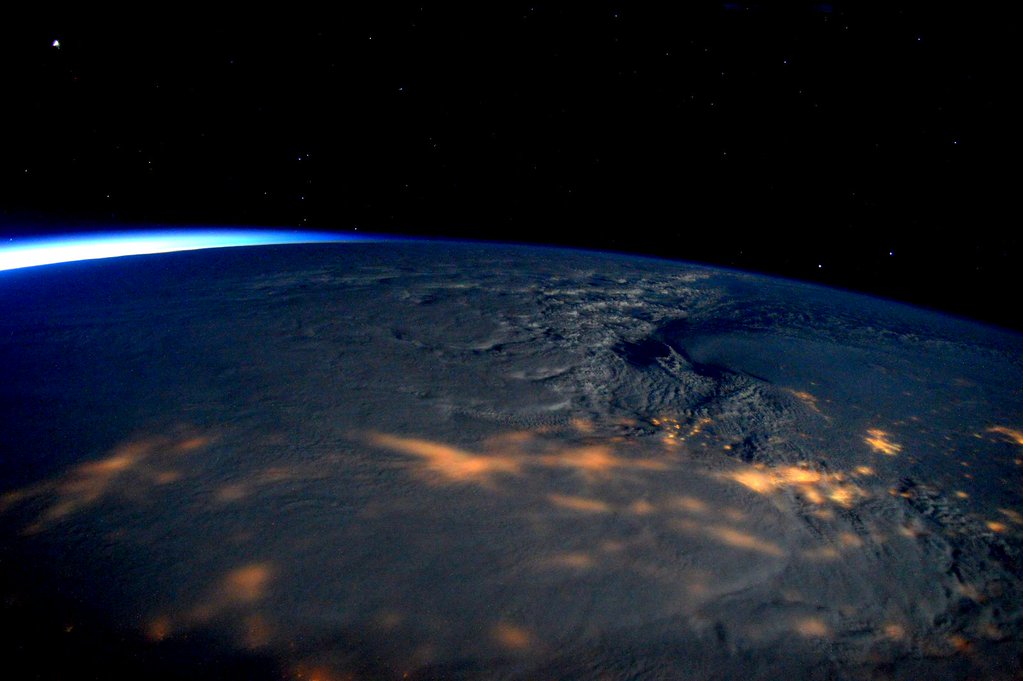 Massive winter storm impacting East Coast US as seen from the ISS on January 23, 2016. Image by Scott Kelly

The storm is expected to reach Ireland, UK and Island by the middle of the next week.

#Blizzard2016 in the USA today, our wet & windy weather for Tuesday. MattT pic.twitter.com/0tOAbfkAkZ