Sandra developed over the warm eastern Pacific waters on November 24, 2015 and quickly intensified into a hurricane. The system is now a major Category 4 hurricane, about 800 km southwest of Mexico and moving northwards. The hurricane poses no threat to the mainland at the moment, however the states of Nayarit, Jalisco, Colima, Michoacan, Guerrero and the islands of the Revillagigedo Archipelago could receive large amounts of rainfall over the next 24 hours.

Tropical Storm "Sandra" formed on November 24 and intensified into a hurricane on November 25. Sandra has continued to intensify and is now a Category 4 hurricane system, thus becoming the season's latest major hurricane on record.

This 33 second animation of infrared and visible imagery from NOAA's GOES-West satellite in the period between November 23 and 25 shows Post-tropical Storm Rick fading west of Baja California, while Hurricane Sandra moves up along the west-central Mexican coast on November 24 and 25. Image credit: NASA/NOAA GOES Project 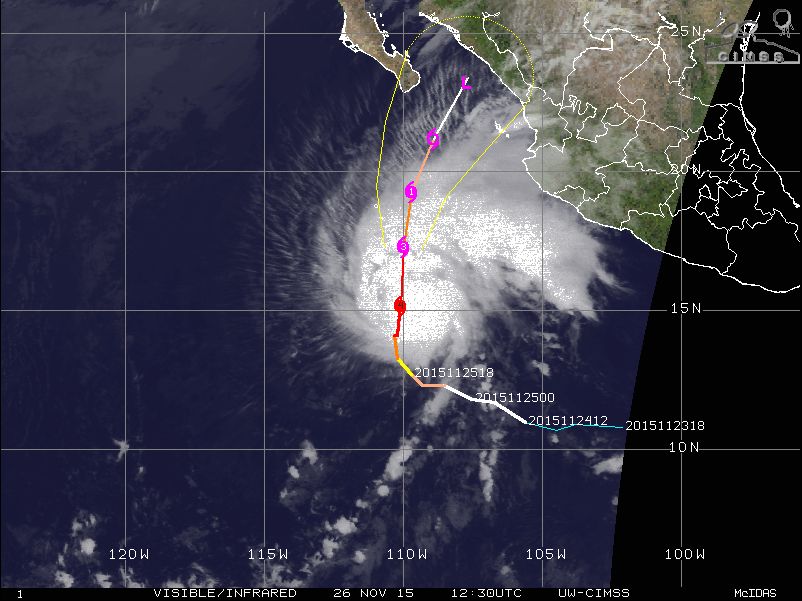 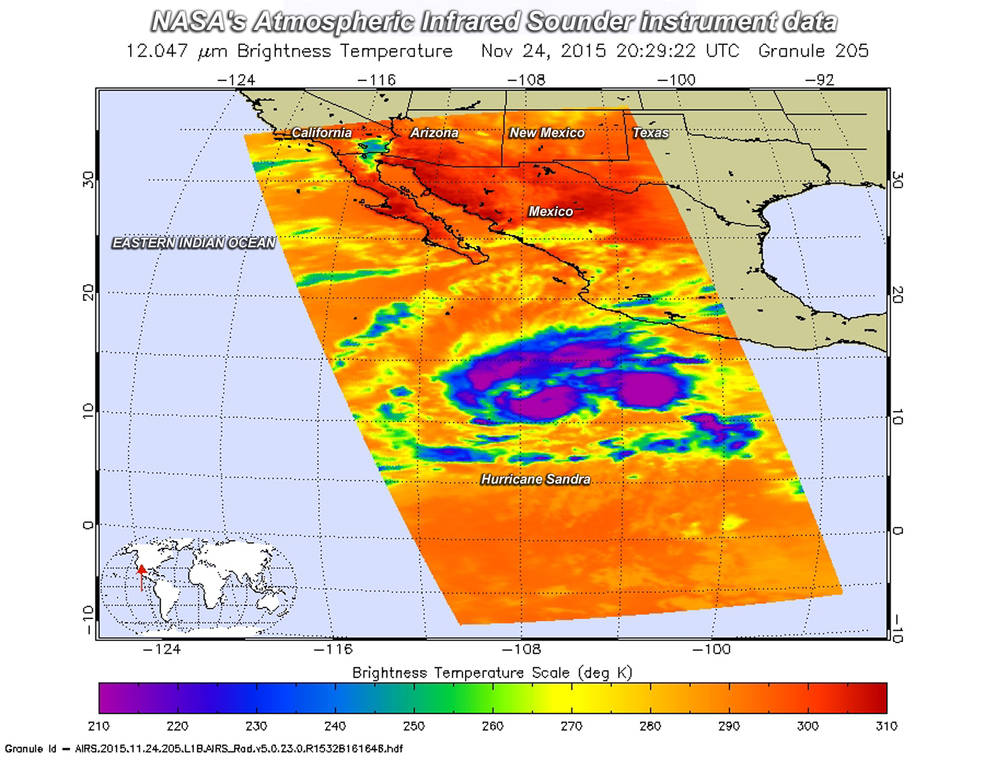 Sandra is expected to turn toward north-northeast on November 27 and its center could pass near Socorro Island by the morning of November 27.

The system is expected to weaken to a storm strength over the next 48 hours, as its center passes south of the southern portion of the Baja California. In the next 3 days Sandra is forecast to dissipate to a remnant low over Mexico's mainland, according to NHC.

No coastal watches or warnings have been in effect so far, however, residents of the southern portions of the Baja California Peninsula are encouraged to monitor hurricane's progress, as portions of the area may require tropical storm or hurricane watches by the end of the day. Over the next 24 hour heavy rainfall could affect the states of Nayarit, Jalisco, Colima, Michoacan, Guerrero and the islands of the Revillagigedo Archipelago.