Tropical Storm "Sandra" formed over the warm waters of eastern Pacific, southwest of Mexico, on November 24, 2015, National Hurricane Center (NHC) reported. The system is currently located in an environment of high water temperature and low vertical wind shear, supporting its intensification, and is expected to become an unusually rare end of the season hurricane by November 25.

The system formed as a tropical depression on November 23, 21:00 UTC and intensified into a storm by November 24, 09:00 UTC. Sandra is eighteenth named storm of the 2015 eastern Pacific hurricane season. 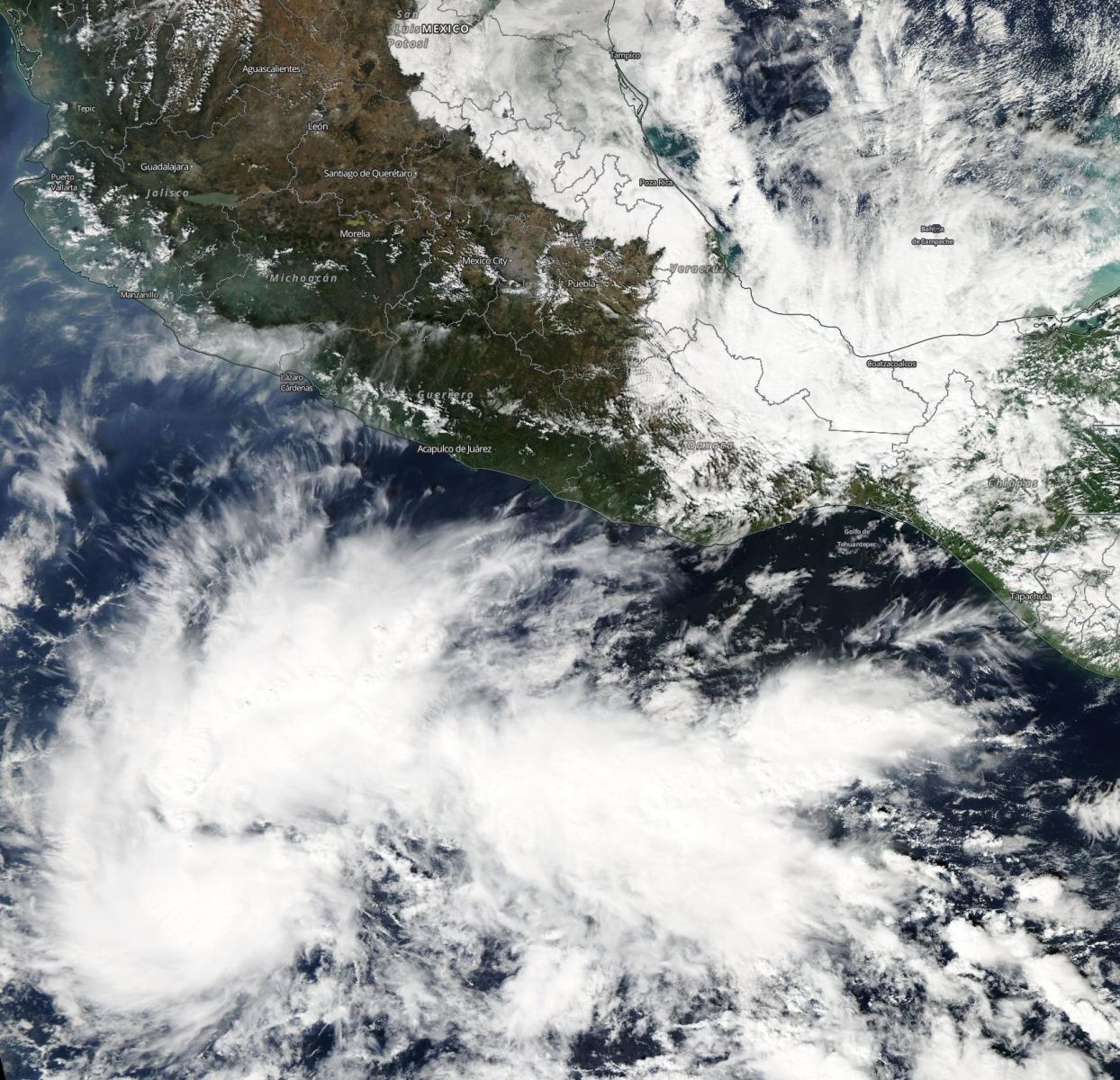 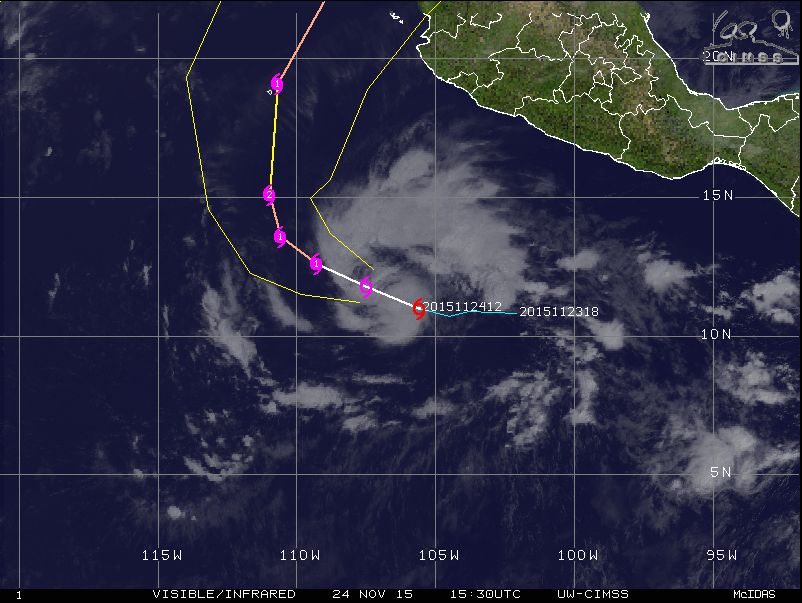 Minimum central pressure of the storm was estimated at 1 000 hPa. Winds of tropical force extend up to 130 km (80 miles) outward from the center.

Later during the day, Sandra is expected to turn toward the west-northwest, then northwestward and north-northwest again, while loosing its forward speed. The system is expected to intensify and become a hurricane by November 25, according to NHC. Sandra will most likely reach its peak during November 26, while packing maximum sustained winds of 157.4 km/h (97.8 mph) and reaching gust speeds of 194.5 km/h (120.9 mph).

No coastal watches and advisories have been put in effect so far. According to NHC forecast, following the initial 48 hour intensification, the southwesterly shear influencing the system is expected to increase substantially, causing Sandra to weaken quickly while approaching the coast of Mexico.

Some local heavy flash flooding could affect southern Baja California and Sinaloa, Durango or Chihuahua States in Mexico by November 27.