Heavy rainfall has been continuously affecting the western part of Colombia over the past week, causing strong floods and landslides, while damaging buildings and other infrastructure. Over 5 000 people have been left homeless, as of November 8, 2015, according to Humanitarian Information Network for Latin America and the Carribean.

Flood conditions were reported in 10 departments across the western Colombia, including Cauca, Cordoba, Bolivar, Caldas and Norte de Santander, as of November 10. 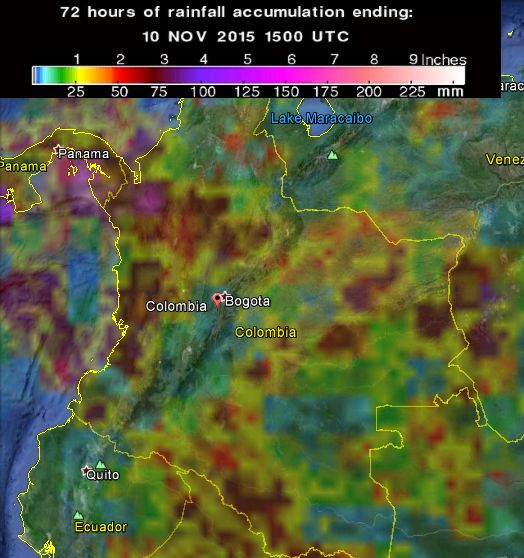 Several municipalities in Cauca reported the hardest hit by severe weather conditions, especially the towns of Timbiqui and Guapi where over 7 000 people have been affected since November 4. Themistocles Ortega, the Governor of Cauca announced that police aircrafts with humanitarian aid has been sent to affected communities.

Damaged induced by flooding and overflowing rivers include damaged bridges, buildings, inundated crops and lost animals.The municipalities Guapi, Piedmont and Timbiqui have been placed on high alert, according to the Advisory Office of Disaster Risk Management of Cauca.

Strong rainstorms are expected to continue across western Colombia, as of November 10. Red Alert has been issued for danger of river overflows and landslides in the Narino and Caldas department by the National Meterological Agency.