Heavy rainfalls have been continually affecting Calabria and Sicily in southern Italy since November 1, 2015. Severe weather has brought severe flooding across the affected provinces, causing deaths of at least 2 people, so far. 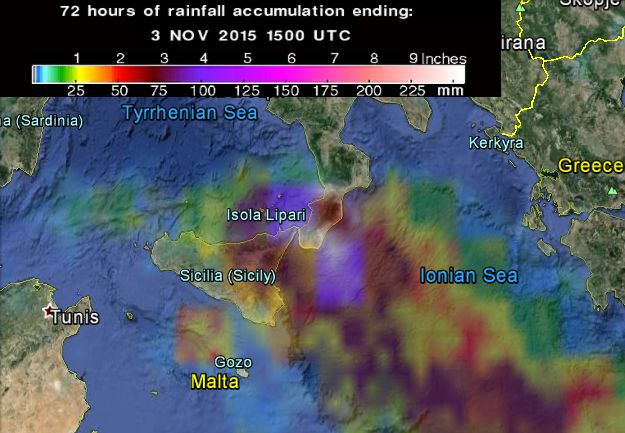 One of the most strongly affected areas include the city of Reggio Calabria, while numerous evacuations were carried out in the city of Catanzaro. Houses, roads and railways have suffered extensive damage, and power outages were reported across the region.

The Calabrian regional government announced a request for the state of emergency to be declared on November 2, in order to aid in recovering from the flood damage.

About 250 emergency workers have been deployed to aid in cleaning debris and repairing damaged infrastructure across the affected areas, Floodlist reported.

Heavy rains have now ceased across southern Italy, but river levels are still high enough to cause landslides in the area, local media reports.