With mudslides rising as high as 6 meters (20 feet), drivers were forced to leave their vehicles and take cover. According to CHP Officer Steve Carapia, rescue teams checked mud up to a depth of 1.8 meters (6 feet) to find any submerged vehicles. "They were probing to make sure there was no vehicles underneath the mud and, hopefully, no casualties," Carapia said. 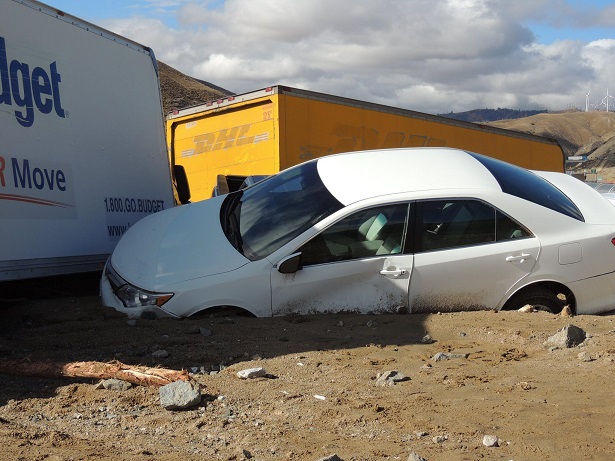 Rescue teams worked overnight to rescue hundreds of drivers and passengers, many of whom had been stuck for over 10 hours. The heavy rainfall and mudslides also damaged at least a dozen homes in the area and residents were promptly rescued and shifted to nearby shelters.

Tractor trailer driver Jared Patterson who chose to stay with his vehicle overnight said that the highway was inundated with mudslides within a minute as traffic stopped following the heavy rainfall. "It was a like a big river just smashed on through. … Cars started floating around," Patterson said. "First thing I did was pray. 'God help me, please.' I was watching the cars float around just hoping nobody would get hurt. It’s pretty scary.” 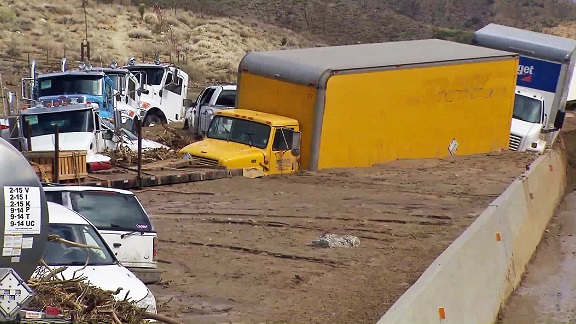 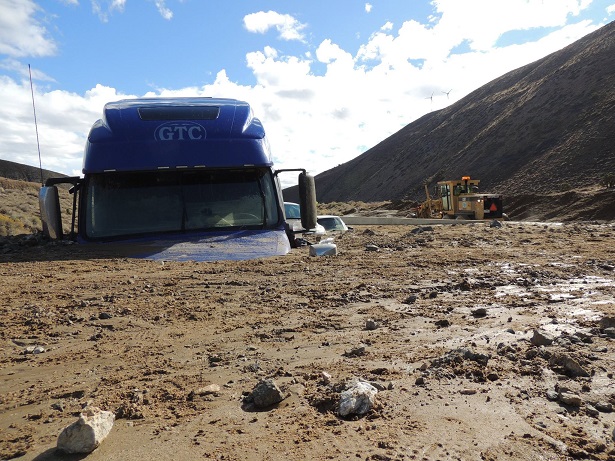 The flooding and the mudslides soon led to the closure of Highway 58 from Towerline Road to exit 165 in Mojave, the Kern County Sheriff's Office said. That stretch of roadway is nearly 72 km (45 miles) long.

CHP Officer Steve Carapia requested drivers to ensure that their vehicles were prepared to travel safely in storm like conditions and also requested them to keep their mobile phone batteries charged fully in case of emergencies.

On Saturday afternoon (October 17), both the northbound and southbound portions of the Interstate 5 highway were reopened after street sweepers scoured mud from the road, the California Department of Transportation said on Twitter. However, as per CalTrans latest Twitter update, Highway 58 remains closed.

By Monday, October 19, all remaining vehicle stuck on Highway 58 have been cleared.