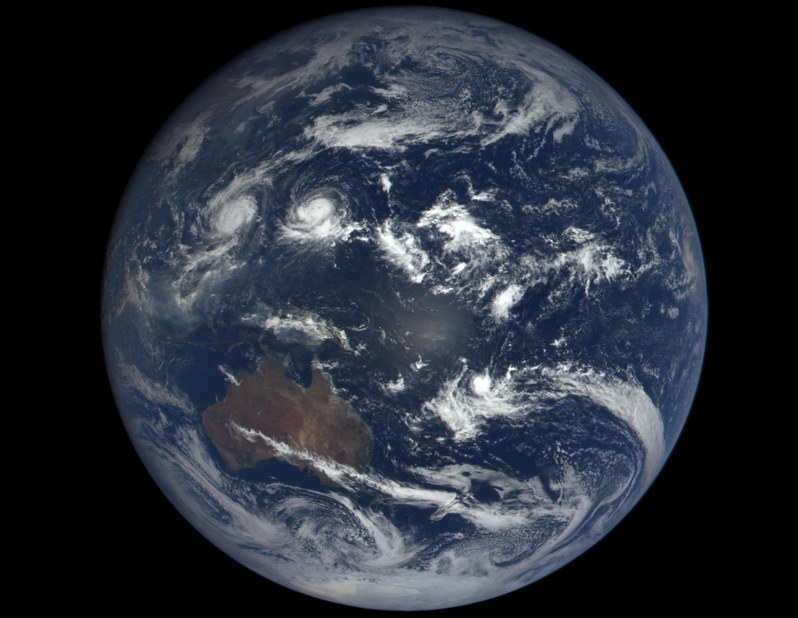 On October 19, 2015, NASA launched its new website with daily images of full sunlit side of the Earth taken by Deep Space Climate Observatory (DSCOVR), positioned around 1.5 million km (~1 million miles) from our planet. DSCOVR was launched on February 11, 2015 and it reached its final destination on June 7 when it entered orbit around the 1st Lagrange point (L1), the neutral gravity point between the Earth and Sun. All images are in the public domain.

NASA will update the website on a daily basis with multiple 12 to 36 hour old color images of Earth acquired from DSCOVR's Earth Polychromatic Imaging Camera (EPIC). The daily sequence of images will feature the Earth as it rotates and will therefore cover every part of the Earth on a daily basis. The website will also have an image archive searchable by continent and date.

NASA's EPIC is a combination of a 4 megapixel CCD camera and a telescope. EPIC uses different narrowband filters to take a total of 10 different images. Using a series of narrowband filters – from ultraviolet to near infrared, leads to multiple images which are of significant value in various fields of scientific research. EPIC's color Earth images are made up of 3 separate single color images (red, green and blue) which combine to produce a final image, which has the photographic image quality of a 12 megapixel camera. 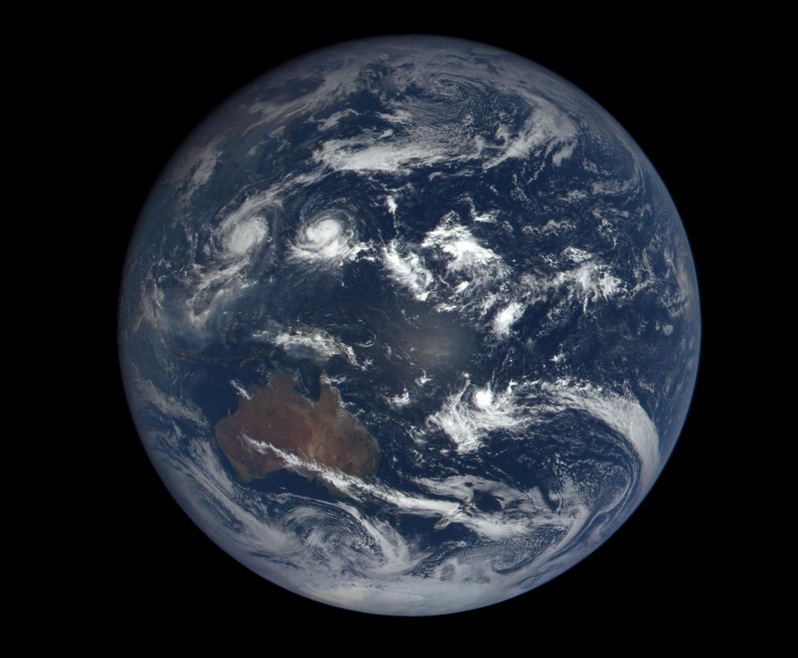 Earth's relative brightness as compared to the darkness of space restricts the EPIC to taking very short exposure images (20 to 100 milliseconds). Such short exposure times affect the visibility of fainter stars in the Earth's background.

The DSCOVR spacecraft is positioned around the L1 Lagrange point directly between Earth and the Sun. The DSCOVR sticks to its L1 orbit and only requires small and occasional measures to maintain its orbit. However, the spacecraft can move 4 to 15 degrees away from the L1 point over the next several years.