Heavy rainfalls that battered Croatia in the period between October 15 and 17, 2015 caused severe flooding in the area of Karlovac City. So far, no victims have been reported, however over 400 families had to leave their homes due to raging waters while the affected areas suffered extensive infrastrucutural damage.

Karlovac, the city in central Croatia, prone to flooding due to its location among four large rivers, Kupa, Korana, Mreznica and Dobra, has suffered extensive infrastructural and agricultural damage due to heavy flooding caused by torrential rainfalls over the last week.

In total, over 200 mm (7.9 inches) of rainfall was reported to fall in a period of two weeks, which is significantly above the usual October average rainfall accumulation of 90 mm (3.5 inches).

Water level of Korana river was steadily on the rise since October 14, and was reported to reach 852 cm (27.9 feet) on October 17, setting a new historic record. Water level of Kupa river measured 855 cm (28 feet) at the same time.

As flooding waters overflew the riverbeds of Kupa and Korana, 400 homes have been inundated, while waters rose for over one meter in some houses. More than 2 000 people have been affected by the flood, local media reports.

Emergency state was declared in the city on October 16 by Karlovac prefect Ivan Vucic due to a landslide that caused severe damage to local infrastructure. 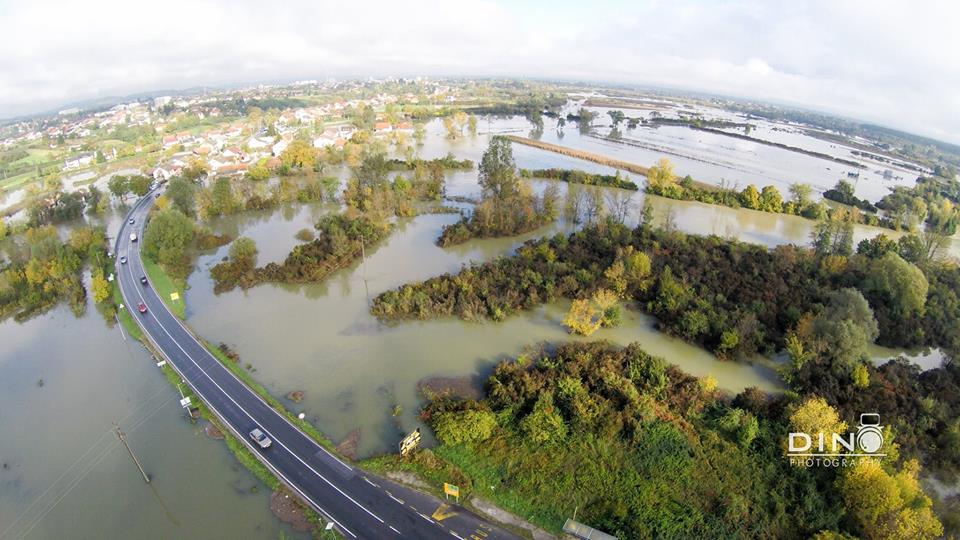 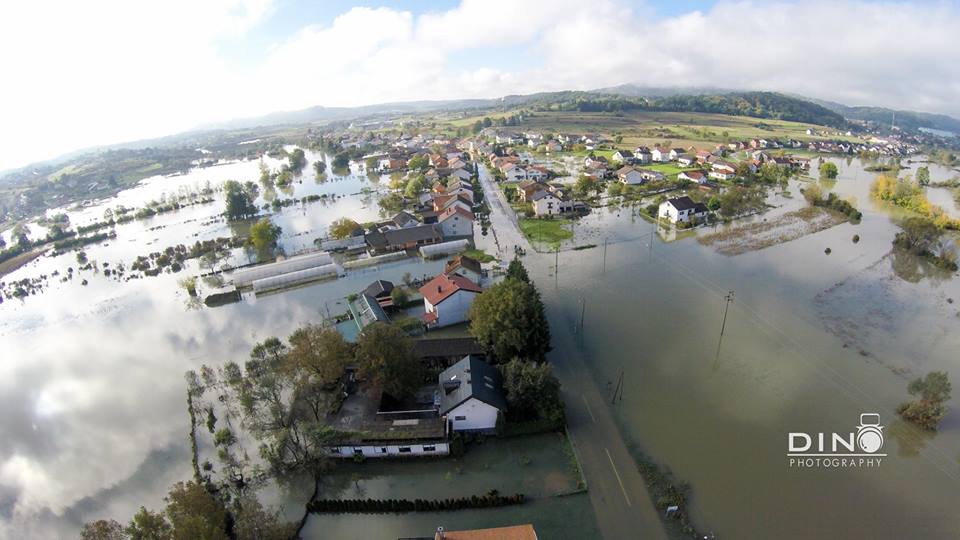 So far, heavy floods of last week resulted in 30 million kuna worth damage. Croatian president Kolinda Grabar-Kitarovic visited Karlovac on October 19, stating the only permanent solution for this flood prone settlement is to install a 350 million kuna worth river embankments.

Since October 17, water levels of both rivers were slowly receding. Kupa measured 643 cm (253 inches) in Karlovac, on October 19, while Korana measured 607 cm (239 inches), according to the State Meteorological and Hydrological Service (DMHZ).

The situation is currently stable, however, DMHZ still reported the highest level 4 alert for Kupa river on October 19.