Heavy rainfalls that battered west Africa during the last few days, have triggered heavy flooding and landslides across Nigeria and Guinea, severely damaging infrastructure and claiming more than 30 lives.

The National Emergency Management Agency (NEMA) in Nigeria issued a warning on September 8, 2015, advising the local governments to evacuate residents along riverbanks and waterways.

The floods in Zamfara state in Nigeria claimed at least 24 lives, devastated 400 homes and displaced 2 000 people, over September 5 and 6. 6 people were reported dead in Anambra on September 6, according to the local media.

Heavy flooding is still continuously affecting Gwadabawa, Goronyo and Kebbe in Sokoto, where some areas were already flooded in late August. Crops and houses have been heavily damaged across Kebbi. Fortunately, no deaths have been reported there so far. A violent rain outbreak caused severe flooding across the major streets and roads in Kano metropolis, on September 7, Floodlist reports. 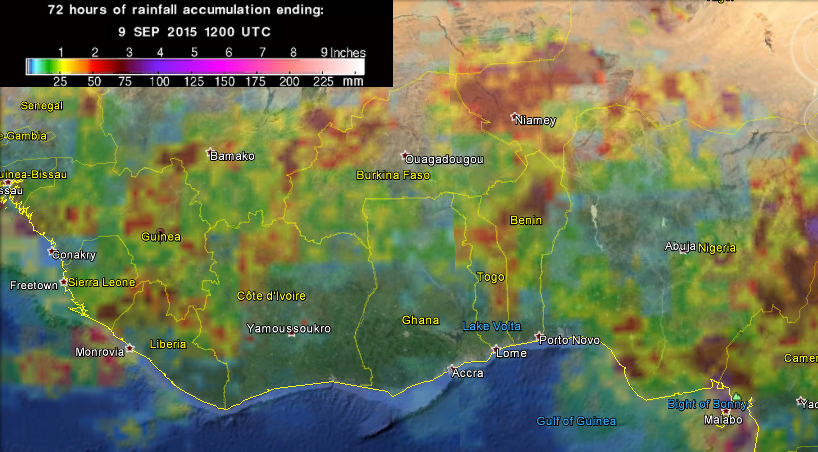 Muhammad Sani Sidi, the Director General of NEMA urged the state and local authorities to actively engage in flood control programmes to decrease the risk of flooding and rise the flood awarness.

At least 7 people were reported dead in the village of Kolon Kola in Guinea, where severe rainstorms during September 6 and 7, triggered a strong landslide.

More heavy rainfall is forecasted in parts of western Guinea over the next few days, according to NOAA.