Two tropical systems are currently approaching Japan – Typhoon "Kilo" and Tropical Storm "Etau". While long-lived Kilo, which formed in late August, some 1 000 km (620 miles) off the coast of Hawaii, is not expected to make landfall, Tropical Storm "Etau" will impact Japan mainland later this week.

Etau became a tropical storm early Monday morning, September 7, with winds reaching 65 km/h (40 mph), according to JMA. This system is expected to remain at a tropical storm strength through the rest of the week until it nears Japan by Thursday night into Friday morning local time (September 10 – 11), meteorologist Robert Speta of the WestPacWx said.

"Winds with the storm are not expected to be terribly high at landfall but still some areas of western and central Japan could get heavy rainfall and the threat of landslides. Exact details in the forecast are uncertain but with a stationary boundary over most of Japan this week the rainfall will likely drench the grounds along with people well in to the weekend," Speta said. 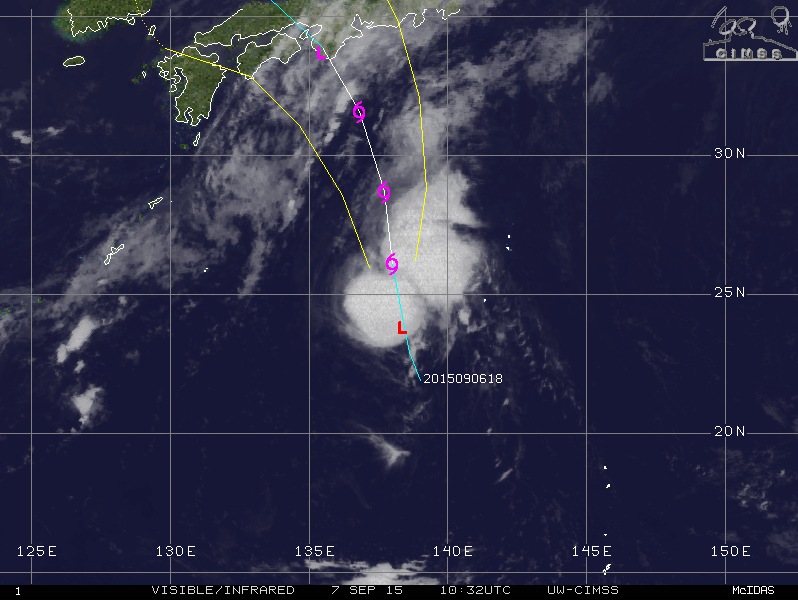 Analyzing Typhoon "Kilo", Speta said that a passing trough out of Japan will hook Kilo north before it impacts the country directly. "Large waves will hit the coast of Honshu through the weekend ruining any beach going plans that were not ruined already by Etau.  Outer rain bands will also hit the coast bringing scattered showers, but this should be nothing to out of the ordinary given the country will be seeing rainfall all week."

Kilo is expected to continue intensifying until late September 8.