Hurricane "Kilo" formed over 1 000 km (621 miles) of the shore of Hawaii islands in the late August and has crossed an International Date Line between the eastern and western Pacific between September 1 and 2, 2015. It, thus, became known as a Typhoon "Kilo". Although, the system currently doesn't pose a threat to mainland, it requires careful monitoring as it is expected to intensify and pass close to Japan during the next week. 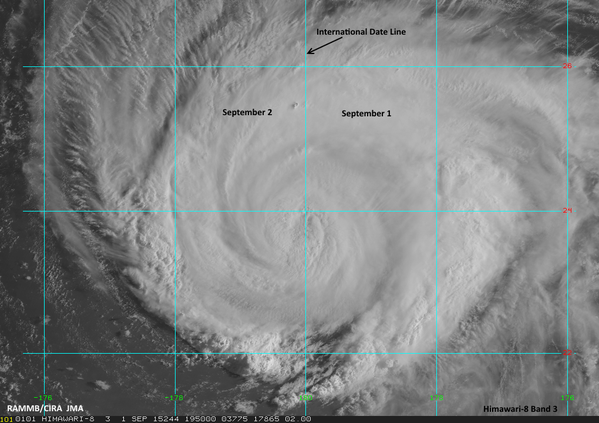 About a week after its formation in late August, Kilo intensified into a category 4 hurricane west-southwest of the Hawaii. It was expected that the system will travel northwards, get caught in a jet-stream over the North Pacific Ocean and diminish into a post-tropical storm. 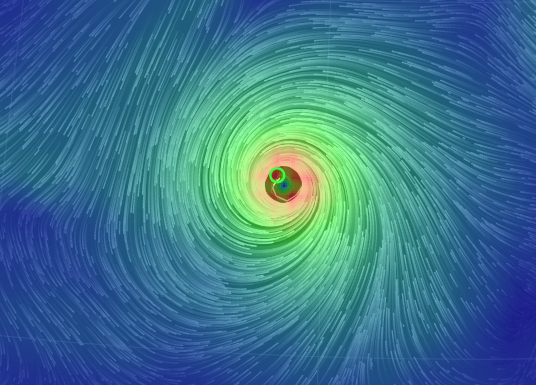 However, the system passed the International Date Line dividing the eastern and western Pacific in a period between September 1 and 2 and thus became renamed into Typhoon "Kilo". The high air pressure field over the western Pacific will most likely influence the system to move toward the west, as of next week. 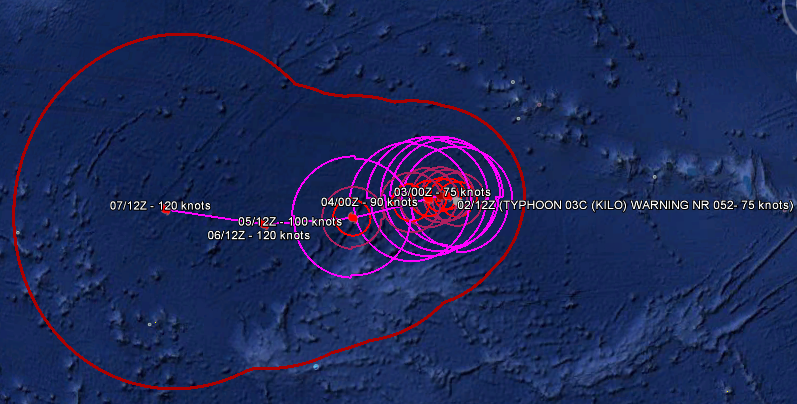 Currently, the system poses no threat to the mainland. By the next week, Kilo could travel close to Japan, although its full path over the next couple of days is still uncertain. Eventually, the jet stream should catch up with the typhoon and turn it it back from the mainland.

As the system is forecasted to move in a favorable environment of warm sea-surface temperatures and low wind-shear, it will most likely gain more strength by September 5.

Typhoon "Kilo" has traveled more than 3 541 km (2 200 miles) since its formation. This is not a distance typically passed by tropical systems. The Hurricane (Typhoon) "John", a system which had a life-span of 30 days, ending on September 10, 1994, was the longest lived tropical cyclone in recorded history so far.

Kilo crossing the dateline into Western Pacific makes it both the 18th named storm of the year & the 13th typhoon. pic.twitter.com/bkbTu1x0xv

Generally speaking, tropical systems lasting over 3 weeks are very rare. If Kilo persists on its path, as forecasted, until next week it might become such a rare occurrence.

Typhoon "Kilo" has so far broken a record from 1997, when it became a third tropical cyclone that crossed the International Dateline in the 2015, according to Dr. Phil Klotzbach, a Colorado State University expert.