Heavy rainfall has been affecting south-western China (provinces of Chongqing, Sichuan, Guizhou and Yunnan) causing floods and landslides since August 16, 2015.

The worst affected is Sichuan province where 141 mm (5.55 inches) of rain was measured in Nanchong during August 17. As of August 18, authorities report nine people were killed there, while more than 1 200 houses collapsed. 18 people are still missing.

The rain and floods have affected 564 000 people in six cities, and 12 500 people have been relocated, according to figures released by the provincial flood control and drought relief headquarters on Tuesday, Xinhua reported.

Another two deaths occurred and hundreds of houses were damaged or destroyed in the rest of the affected provinces. 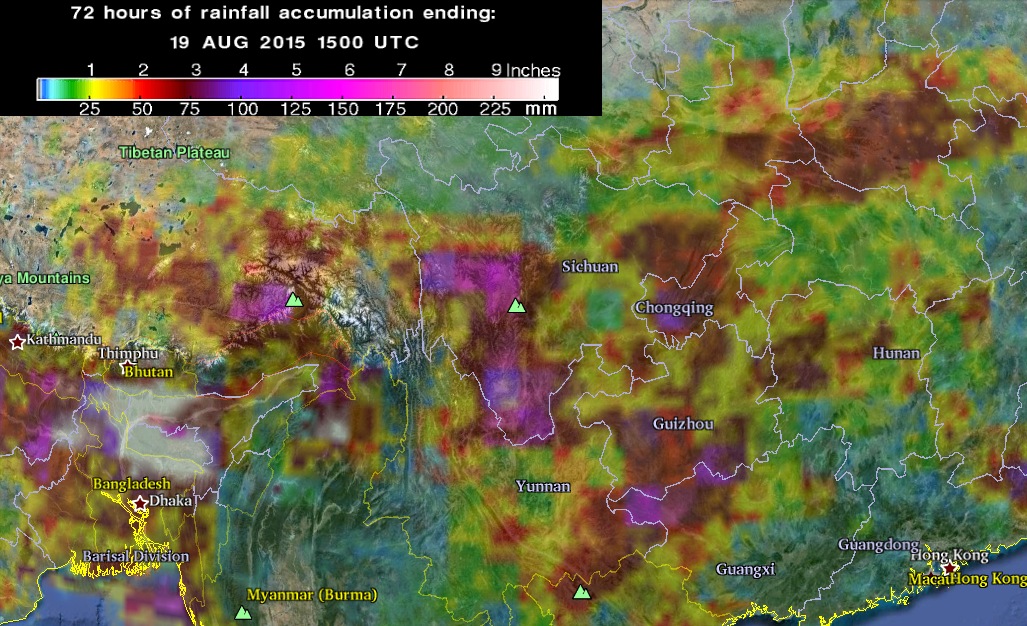 Meanwhile, thunderstorms are hampering rescue efforts after last week’s massive explosions in a warehouse in China's Tianjin port. The explosion had killed around 114 people and left 57 people exposed to dangerous chemicals. Some of the chemicals could catch fire on contact with water. There are concerns that the rain could spread large quantities of dangerous chemicals at the site. This could also lead to chemical reactions which can cause further explosions, SkyMet reports.

More heavy rainfall is forecast for August 19 in south-western China, including parts of Sichuan and Yunnan, and a Blue Warning for Rainstorm is in effect by the Chinese Meteorological Administration.