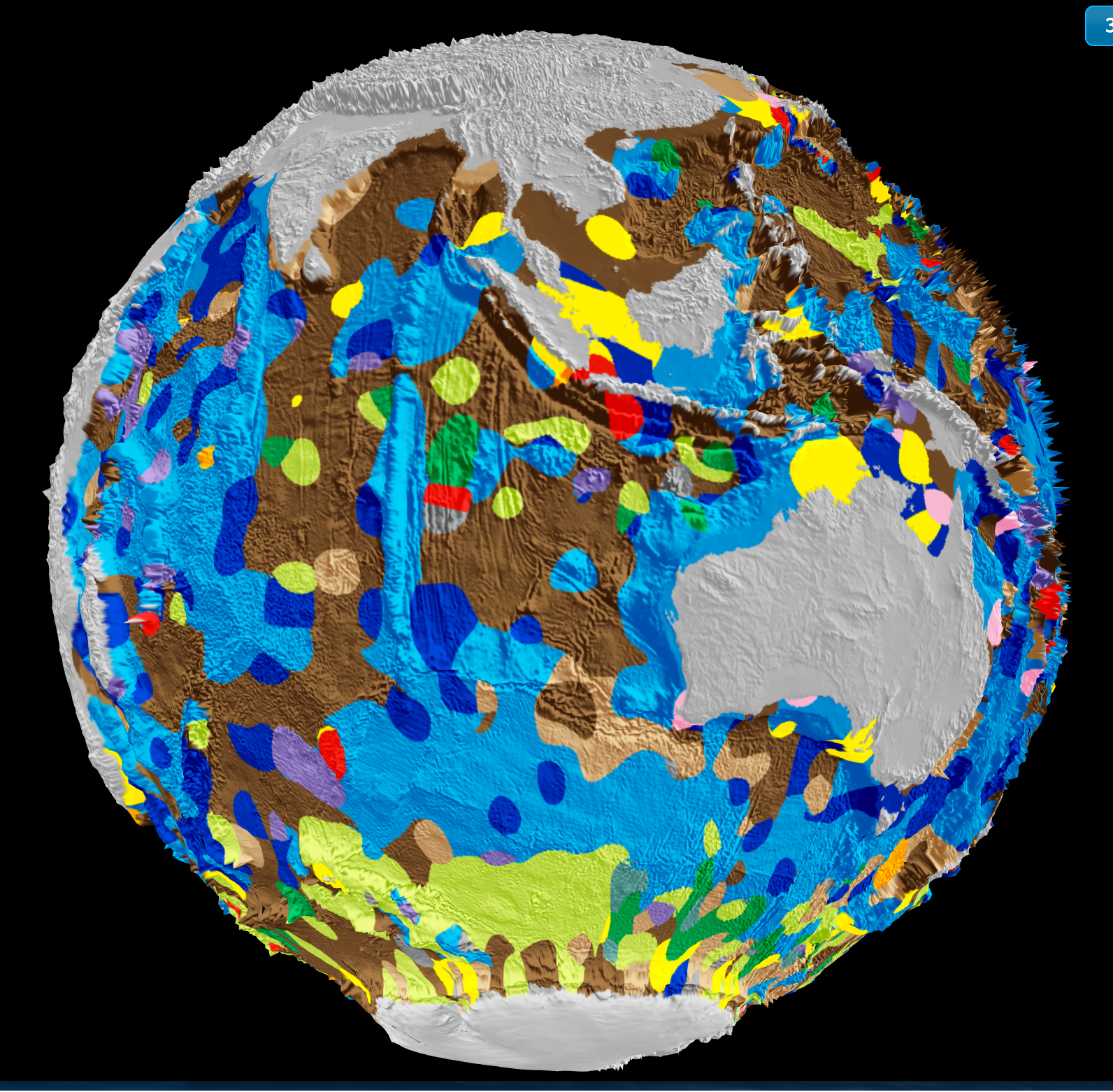 The composition of the seabed, which covers 70% of the Earth's surface, has been mapped for the first time after 40 years. The research team from the University of Sydney's School of Geosciences has created the world's first digital map of the seabed's geology.

The most recent map, prior to the digital composition created by the University of Sydney's scientists, was drawn by hand during the 1970s. The newly developed digital version is expected to help scientists in understanding how oceans have reacted to environmental changes in Earth's past, and how they might respond to environmental changes nowadays.

“In order to understand environmental change in the oceans we need to better understand what is preserved in the geological record in the seabed,” explained team leader Dr. Adriana Dutkiewicz from the University of Sydney. “The deep ocean floor is a graveyard with much of it made up of the remains of microscopic sea creatures called phytoplankton, which thrive in sunlit surface waters. The composition of these remains can help decipher how oceans have responded in the past to climate change.”

For illustration, a group of phytoplankton called diatoms produce about a quarter of the oxygen we breathe and make a bigger contribution to fighting global warming than most plants on land. When the phytoplankton dies, it's remains sink to the bottom of the ocean, locking away their carbon.

The seafloor geology map shows that the accumulation of the phytoplankton's remains on the seabed are almost completely unrelated to diatom blooms in surface waters of the Southern Ocean.

“This disconnect demonstrates that we understand the carbon source, but not the sink,” explained co-author Professor Dietmar Muller from the University of Sydney. Dr. Dutkiewicz explained: “Our research opens the door to future marine research voyages aimed at better understanding the workings and history of the marine carbon cycle. Australia’s new research vessel Investigator is ideally placed to further investigate the impact of environmental change on diatom productivity. We urgently need to understand how the ocean responds to climate change.”

Some of the most significant differences to the old, hand drawn, seafloor map can be noted in the oceans around Australia.

“The old map suggests much of the Southern Ocean around Australia is mainly covered by clay blown off the continent, whereas our map shows this area is actually a complex patchwork of microfossil remains,” said Dr Dutkiewicz. “Life in the Southern Ocean is much richer than previously thought.”

The scientists have analysed and categorised around 15 000 seafloor samples that have been taken during a 50 year period on research cruise ships to generate the data for the map formation.  Research team has cooperated with the National ICT Australia (NICTA) data experts to find the best way to use algorithms to turn this large number of point observations into a continuous digital map.

“Recent images of Pluto’s icy plains are spectacular, but the process of unveiling the hidden geological secrets of the abyssal plains of our own planet was equally full of surprises!” co-author Dr Simon O’Callaghan from NICTA said.

Sources: University of Sydney, Abstract of the paper – Geology (2015)