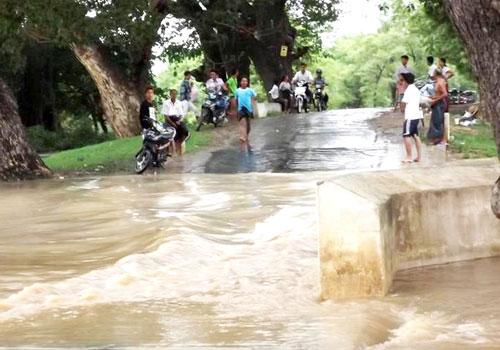 The thunderstorms which started on Wednesday, July 15, 2015, still didn't ease in some parts of Myanmar. Heavy rainfall caused severe flooding in Sagaing and Kachin region, at least 7 people were reported dead, 500 homes were damaged and car and train transport has been suspended due to flood conditions.

Myanmar suffered it's second heavy flooding event in less than one month. The parts of Kanbalu, Kyunhla, Ye-u and Budalin townships were hit the hardest where local water levels have risen above 1.2 meters (4 feet), according to Sagaing Minister of Agriculture U Saw Kyin Oo. 6 villages in the Yinmabin county has been submerged under flood waters, local media reported.

Myanmar's Relief and Resettlement Department reported 57 101 residents of Sagaing, affected by floods, and 2 116 people affected in the Kachin region, as of July 20. 7 rescue workers died while attempting to save flood victims from drowning.

"The rescuers had to swim to the victims and move them to a safer place,” an official from the Sagaing Division administrative office said, adding that the body of one man had been found while the others are still missing and presumed to have drowned. “The current is so strong that some of them drifted away.” 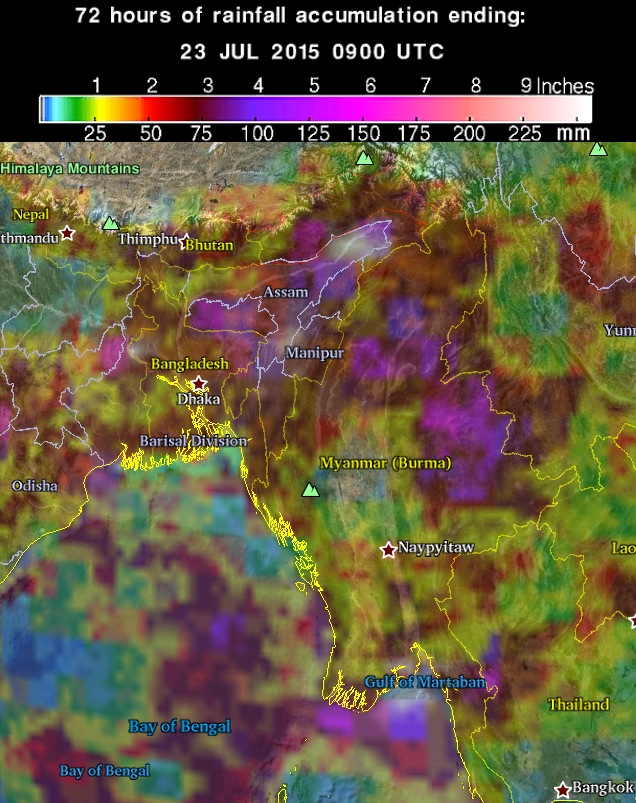 “I’ve never seen such heavy flooding before,” said U Soe Naung, a Chat Thin village administrator. “Because we prepared in time, the damage was not too bad. Still, some families had to evacuate to the monastery where food and aid are still being provided.”