There are reports of broken glass but the quake caused no serious damage or injuries. Fire department urges residents to check their homes for gas leaks and other damage.

USGS geophysicist Brad Aagaard told KPIX 5 this quake was "larger than any of the aftershocks that struck Napa ater last summer's quake. The largest aftershock last August was a magnitude 3.0 earthquake."

"This location is not rare or unexpected because it lies along a region of seismicity," Aagaard added. 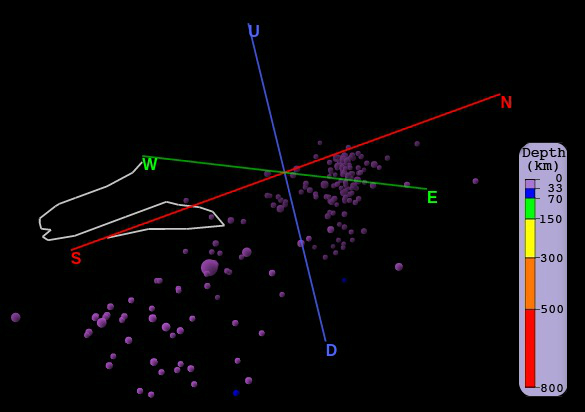 Overall, the population in this region resides in structures that are highly resistant to earthquake shaking, though some vulnerable structures exist. 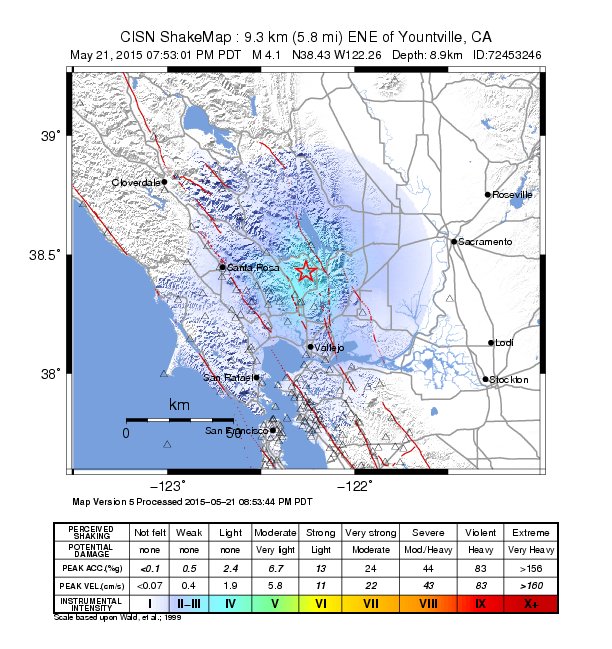 Even larger nearby events than the 1898 earthquake can be expected in the future.

In addition, the epicentral region of this earthquake is depicted on the USGS National Seismic Hazard Maps to have a high probability of strong shaking in the future.

The M6.0 earthquake which struck in the summer of 2014 caused significant damage in south Napa County. Damage was localized in the region surrounding Napa due to the rupture directivity to the north-west. River valley sediments in Napa Valley likely contributed to the amplification of shaking around Napa.

GPS receivers operated by the USGS and others also measured a shift of the earth of a few inches caused by the earthquake.