Thousands have been forced out of their homes and at least 20 people were killed by heavy flooding in southern and central China since Monday, May 18.

Heavy rains that started on May 13 have so far affected nearly 3 million are people. 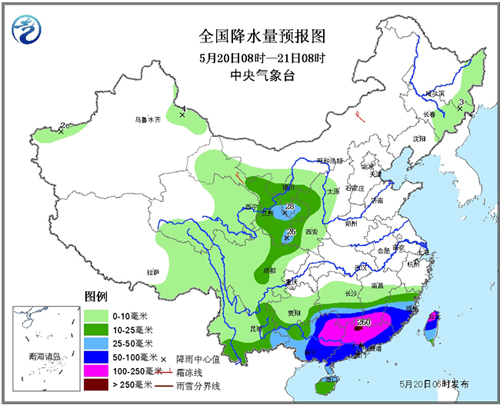 The province of Jiangxi was hit the hardest with 8 people killed and more than 65 000 displaced. Local authorities say that nearly 14 000 hectares of farmland is under water.

Two more deaths were recorded in the province of Hunan, and 17 000 people were evacuated from danger areas. Hundreds of flights have been canceled due to flood waters rising more than two meters in some places.

Tens of thousands of homes suffered a power shutdown in parts of Guangdong, and 2 200 homes were severely damaged in the province of Fujian. 37 000 residents were evacuated and more than 220 000 were affected according to the Fujian Provincial Civil Affairs Bureau.

National Flood Control and Drought Relief Headquarters said on Thursday, May 21 that water levels in 28 rivers in south China have exceeded warning levels. These rivers are mainly in the provinces of Guangdong, Hunan, Jiangxi and Fujian, and Guangxi Zhuang Autonomous Region.

The water levels of most of the rivers have been brought down thanks to timely responses from local governments, the headquarters said.

Guangdong is still bracing for the coming flood peak in its Beijiang River, a tributary of the Pearl River, Xinhua reports. 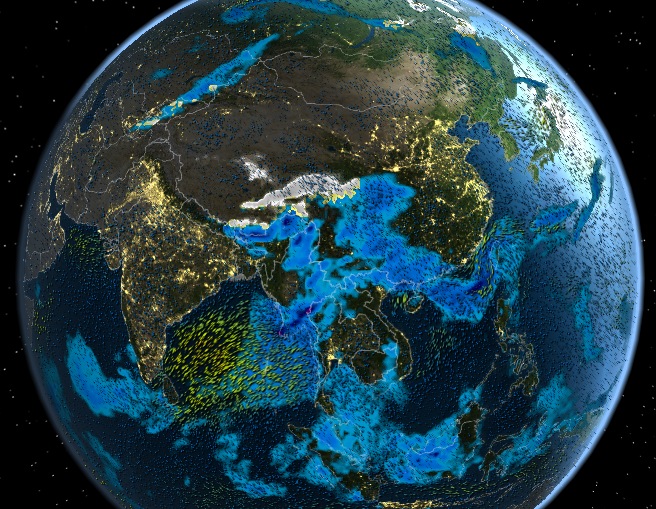 At 06:00 local time on May 21, National Meteorological Centre issued blue warning of rainstorm:

In coast areas of southern Guangdong and western Taiwan, there will be severe rainstorm. The hourly precipitation in the above-mentioned areas will reach 30 – 50 mm even isolated 60 – 80 mm. In addition, southeastern Tibet, and central and southwestern Sichuan Basin will see heavy rain.