Earthquakes of magnitude 4.2 ML occur in mainland UK roughly every 5 years although are more common in offshore areas, BGS said. 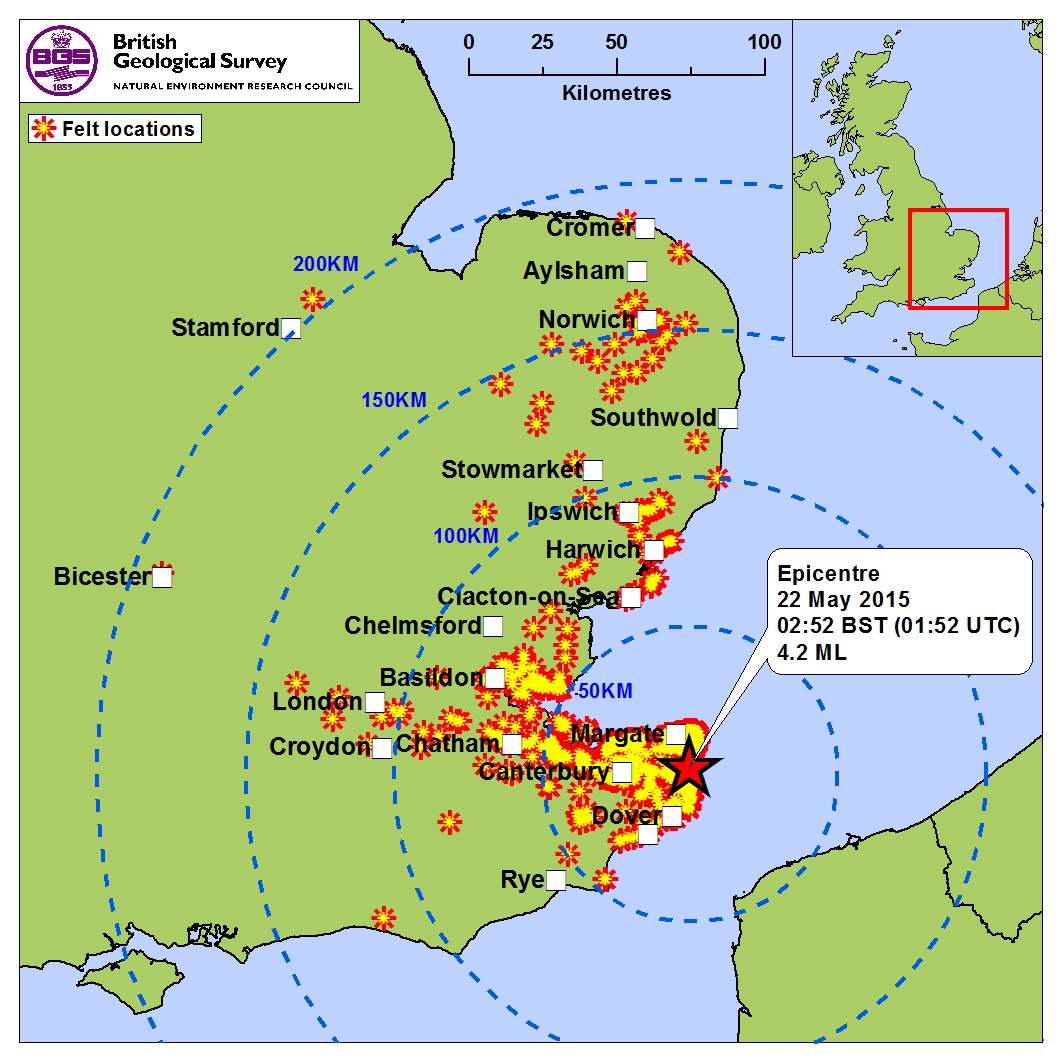 Preliminary map showing location from where felt reports have been received for the magnitude 4.2 Ramsgate earthquake of May 22, 2015. Image credit: BGS.

The most distant reports have been received from Norwich, North Walsham and Cromer.

At 07:18 UTC on April 28, 2007, BGS recorded a magnitude of 4.3 ML earthquake with the epicenter approximately 14 km South of Dover in the Dover Straits. Reports suggest that the earthquake has been felt widely across southeast England, causing minor damage to masonry and roofing. Loss of power has also been reported. 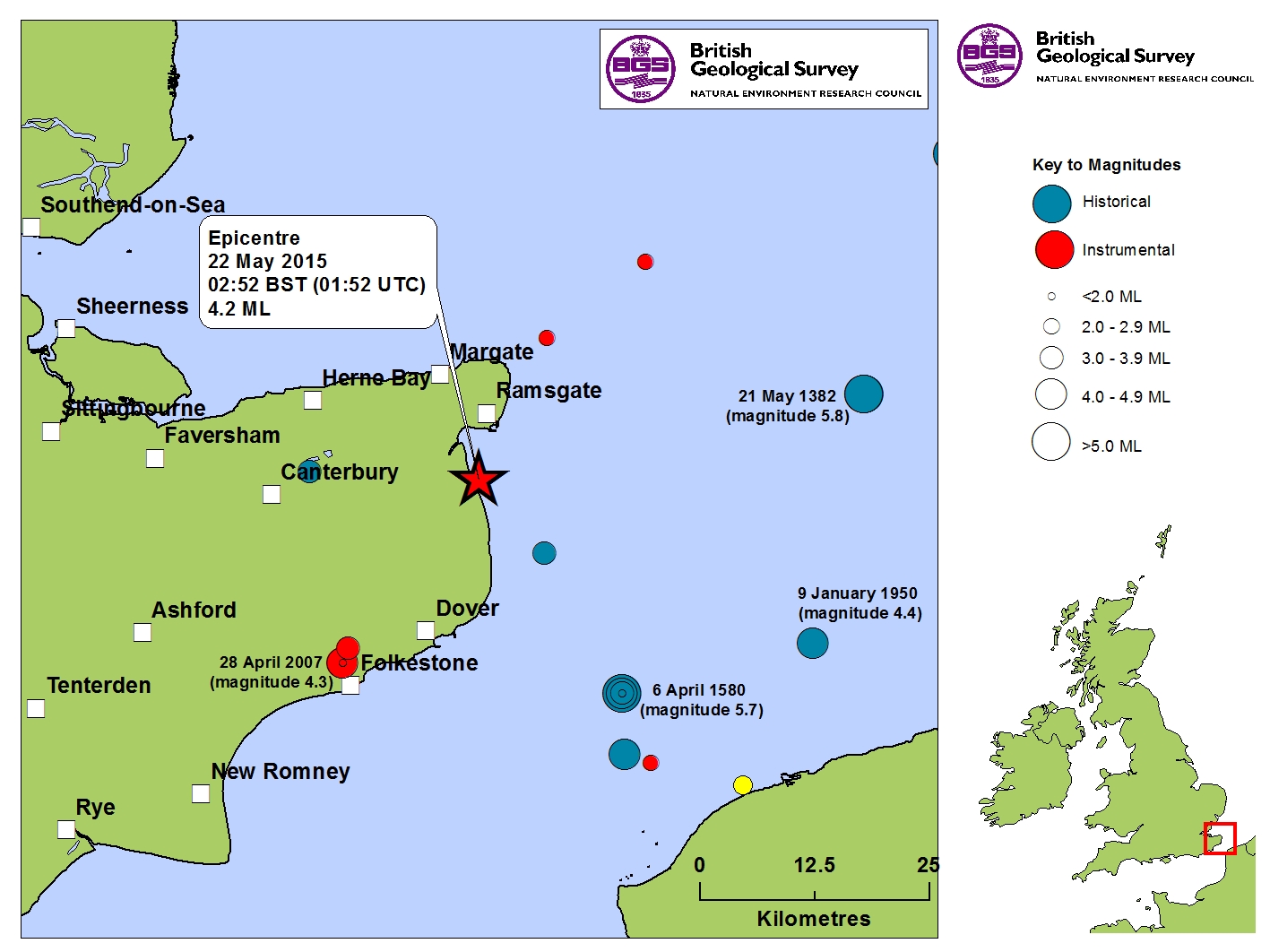 Seismicity map showing all historical and instrumental earthquakes within a 50 km radius of the magnitude 4.2 Ramsgate earthquake of May 22, 2015. Image credit: BGS.

Significant earthquakes also struck the Dover Straits in 1776 and 1580; the latter had an approximate magnitude of 5.7 ML and reportedly caused damage in London. Earthquakes of that size occur in mainland UK roughly every 7 – 8 years although are more common in offshore areas.

A magnitude 4.7 ML earthquake struck Dudley, West Midlands in 2002 and was widely felt across England and Wales.

Detailed analysis all available seismic data from 2007 M4.3 Folkstone earthquake done by the BGS shows that the epicenter was less than 1 km east of Folkestone and close to the area of maximum reported damage. The event occurred at shallow depth, probably less than 5 km below the surface.

"The maximum intensity is currently assessed as 8 EMS (European Macro seismic Scale); it is possible this may be downgraded to 7 EMS when the data have been fully analyzed. This is the highest recorded intensity for a British earthquake in over 100 years," BGS explains.

The worst damage was concentrated within one area of Folkestone. In the most affected group of streets, serious structural damage to a few houses was observed, including large cracks in load-bearing walls.

There have been many cases of damage to chimneys, with fall of chimney pots and fall of brickwork from the upper part of the chimney stacks, with secondary damage to roofs from falling masonry.