Typhoon "Dolphin" passed through the Rota Channel between Guam and Rota on May 15, 2015 forcing more than 1 100 people to seek cover in shelters.

It was packing maximum winds of about 177 km/h (109 mph) taking down trees, power lines and grounding flights on both islands.

As expected, Dolphin intensified as it moved away and reached Super Typhoon strength on May 16. According to JTWC's Tropical Cyclone Warning issued 21:00 UTC on May 16, Dolphin's maximum sustained winds were 259 km/h (161 mph) with wind gusts to 315 km/h (195 mph).

The system is expected to further intensify over the next 12 hours. 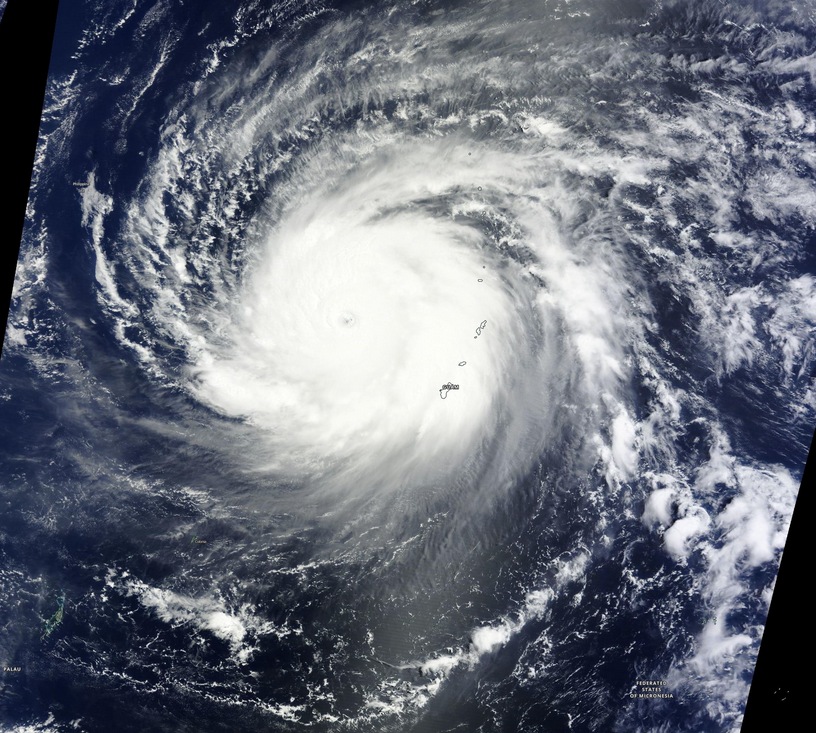 Dolphin will track more to the NNW over the next 12 hours as it crosses the ridge axis before recurving to the NE.