The most impressive was an eruptive prominence (EPL) from the NE limb and a connected highly active and partially eruptive filament from the NE quadrant. The EPL (N42E90) erupted at approximately 23:22 UTC on May 15.

"Initial analysis suggests most material erupted north and eastward and would likely be off the Sun-Earth line, however we are awaiting updated SOHO/LASCO coronagraph imagery for further analysis," SWPC said at 12:30 UTC today. 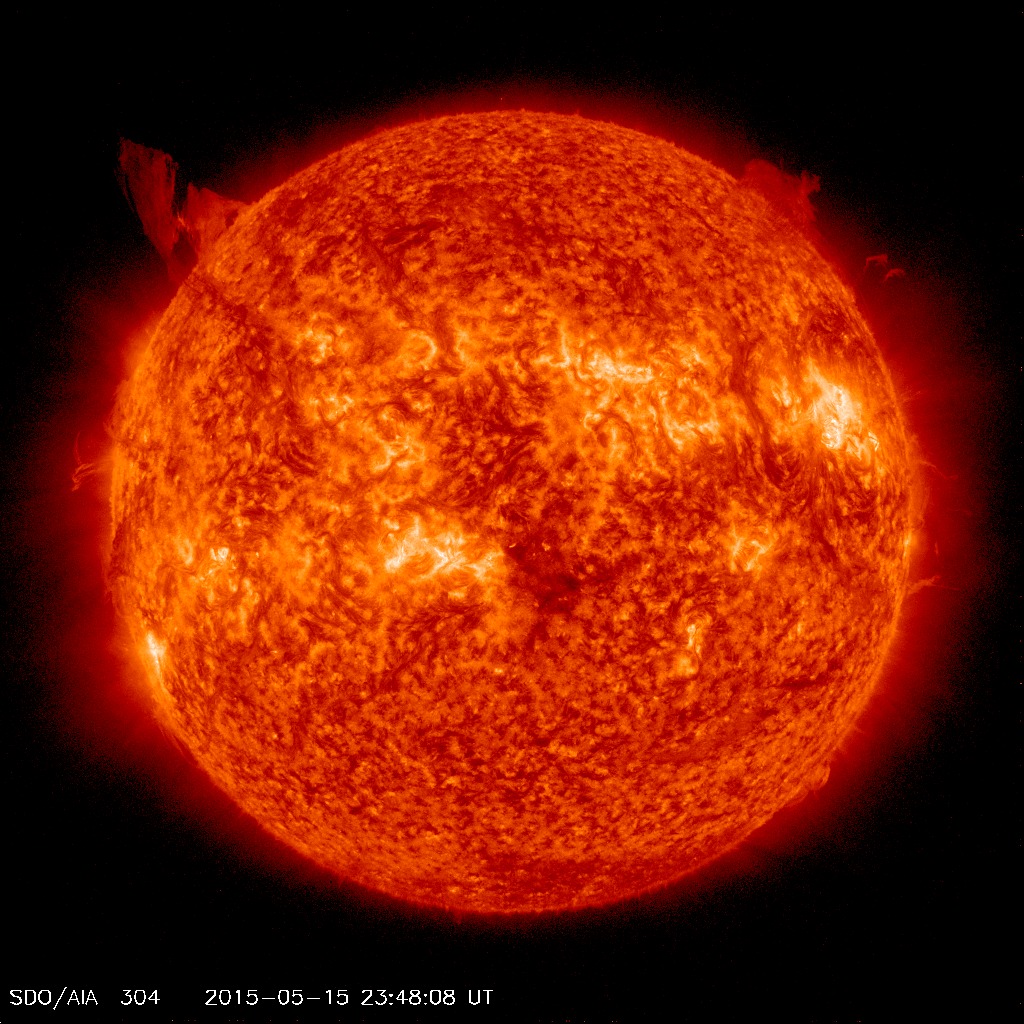 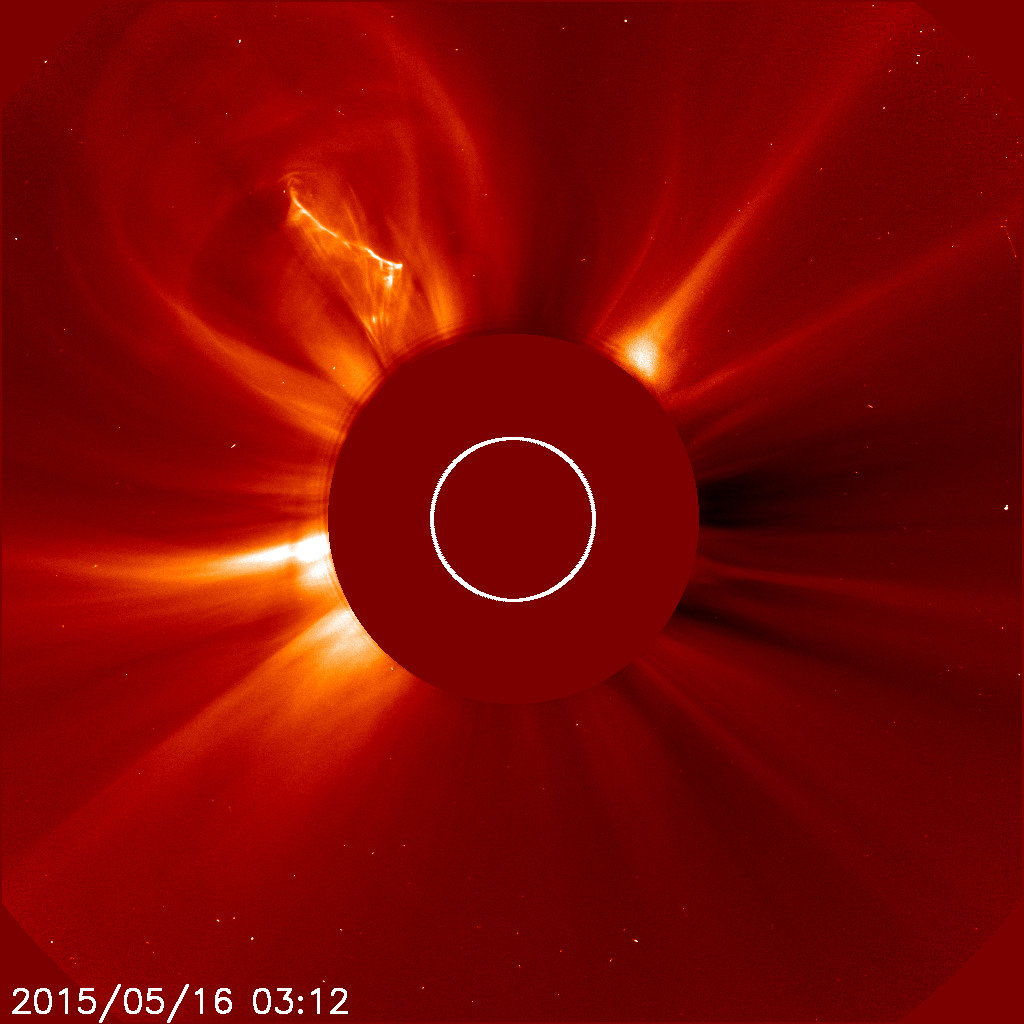 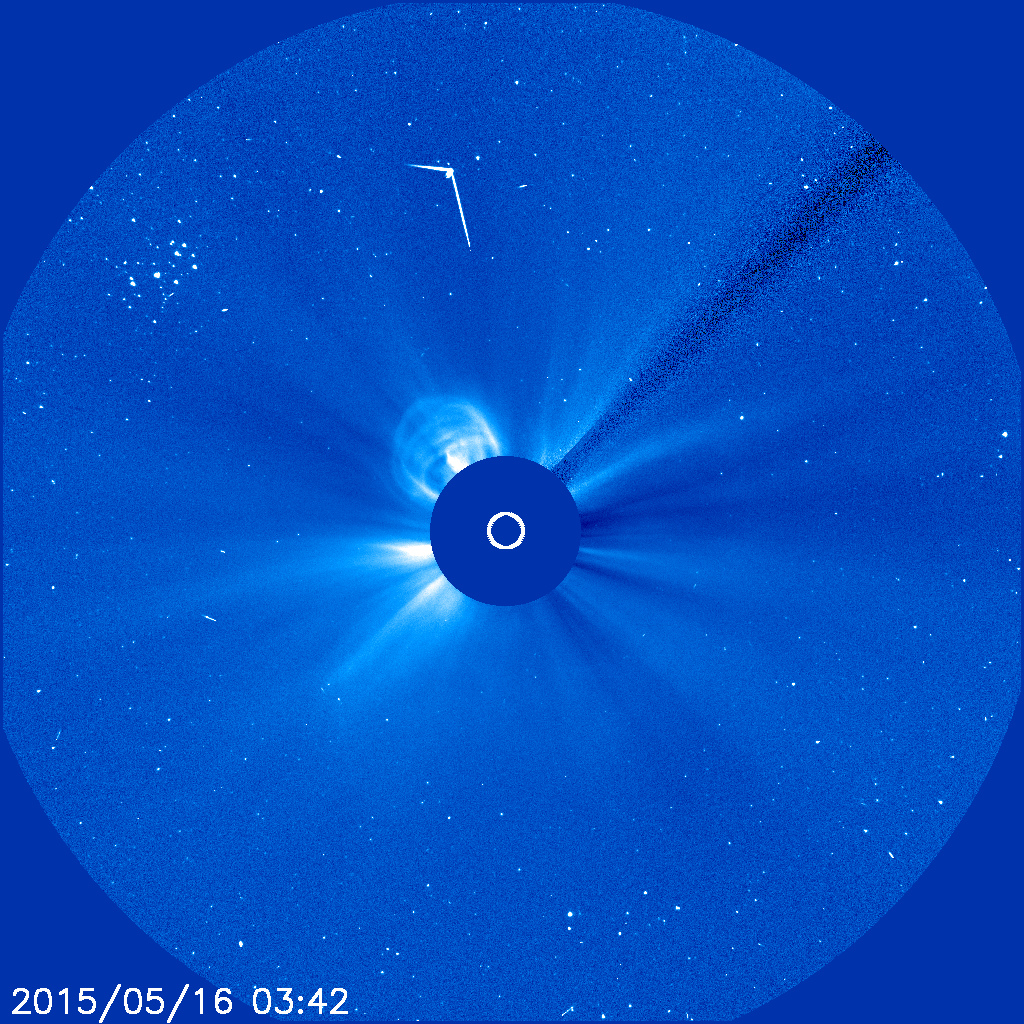 An approximately 13 degree long filament centered near N23E55 became highly active and partially eruptive beginning about the same time as the EPL. Initial analysis of available imagery suggests most material lost from the filament was likely reabsorbed.

Another filament, approximately 7 degrees long and centered near N10W29, became highly active and slowly disappeared between approximately 22:52 on May 15 – 00:51 on May 16. Initial analysis of all available imagery suggests it was likely reabsorbed.

A Coronal Mass Ejection (CME), likely resultant from the EPL event was noted on SOHO/LASCO C2 and C3 coronagraph imagery (above). It is not geoeffective.

Effects from the negative polarity CH HSS are expected to wane by the end of the UTC day. However, by late May 16 and early May 17 conditions are again expected to reach active to minor storm levels (G1 – Minor) due to glancing blow from the May 13 CME. 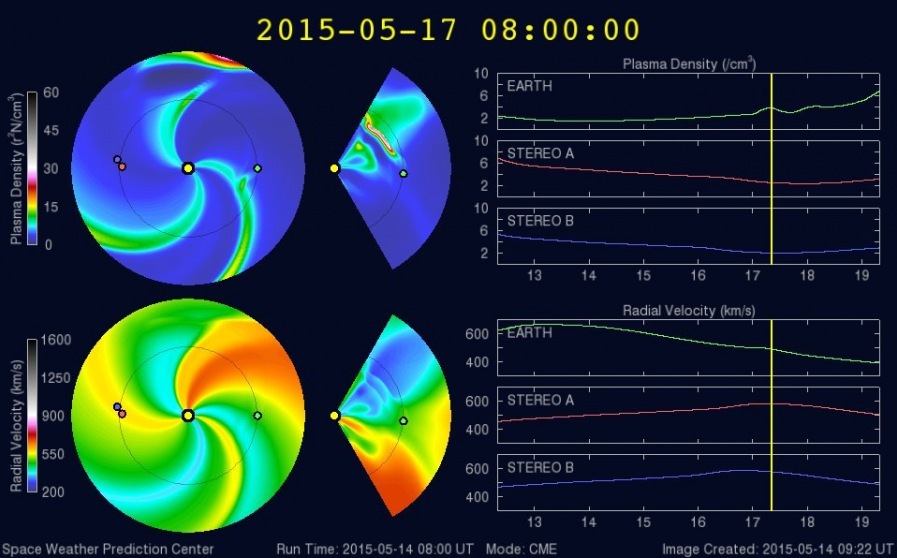 By May 18, field conditions are expected to be at quiet to active levels under CME influences coupled with the expected arrival of a positive polarity, equatorial CH HSS.