Super Typhoon "Noul" (Dodong) grazed the coast of northeastern Luzon, Philippines on Sunday, May 10, 2015 packing wind speeds of up to 250 km/h (155 mph) and leaving at least two people dead. Noul has significantly weakened since then and is now heading toward Okinawa, Japan.

There are reports of at least two casualties after the storm blew through Cagayan flattening homes in several coastal communities, but the full view and extent of the damage will not be known until full communication is restored throughout the area. Hundreds of residents along coastal areas were told to evacuate ahead of the storm due to the threat of flooding and storm surge, WestPacWx reports. 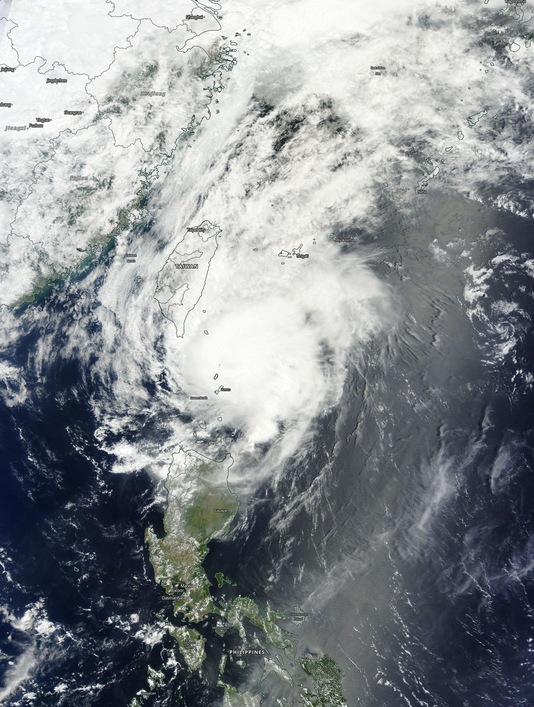 JMA is warning of winds gusting up to 180 km/h (111 mph) in Okinawa, waves near the coast could be as high as 8 meters (26 feet) and there is a threat of tornadoes and water spouts in the outer rain bands as the storm tracks north.

Furthermore, heavy rainfall from the storm will be a issue as it will surge in moisture from the tropics along with a cold front passing to the north bringing wide spread rains across most of the southern Japanese islands and also much of Western Japan, meteorologist Robert Speta of the WestPacWc said.

"Most of Japan will feel the effects of a combination of a cold front to the north and Noul moving in from the south. Flooding and landslides is going to be the big issue along the pacific coastline," he added.

Typhoons in Japan this early are not very common, since records began there has only been 7 storms to approach Japan this early in the season. The last one to come near the country in May was four years ago. Typically Japan is not impacted by typhoons until August and September. – Meteorologist Robert Speta of the WestPacWx

Noul is now rapidly deteriorating and will continue to do so due to combined effects of increasing vertical wind shear and decreasing sea surface temperatures, JTWC said in their Prognostic Reasoning issued 09:00 UTC today.

Over the next 24 hours (by 09:00 UTC on May 12), the system will broaden and gain frontal characteristics as it begins extra-tropical transition. The system is forecast to complete this transition by 21:00 UTC on May 12 as a strong cold-core low. 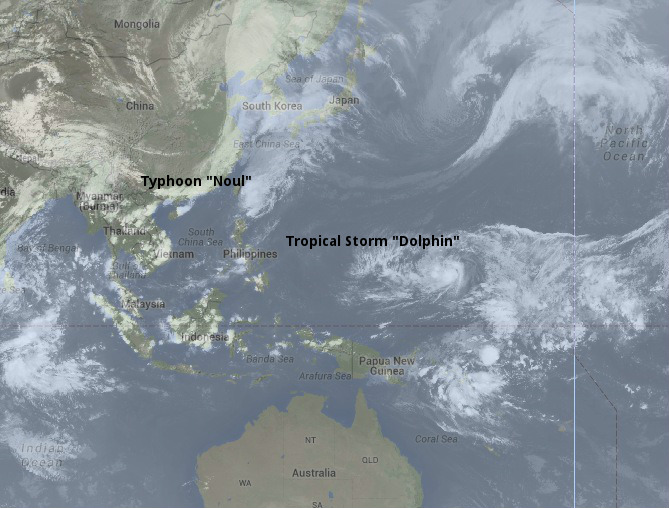