A strong earthquake registered by New Zealand's GEONET as M6.2 hit South Island, New Zealand at 03:36 UTC on April 24, 2015 at a depth of 52 km (32.3 miles). This classes the earthquake as severe but due to the depth of the quake and distance from populated centers, it is not expected to be greatly damaging. USGS registered this quake as M6.1 at a depth of 55.0 km (34.2 miles).

This is in a very remote part of the north-east South Island, which has a very complex geology featuring a number of significant faults. The faulting type is oblique, which is common for these earthquakes in the upper South Island. Deeper earthquakes such as this usually have only a few aftershocks. "We would not expect any of these to be bigger than about magnitude 5.0," GEONET said. 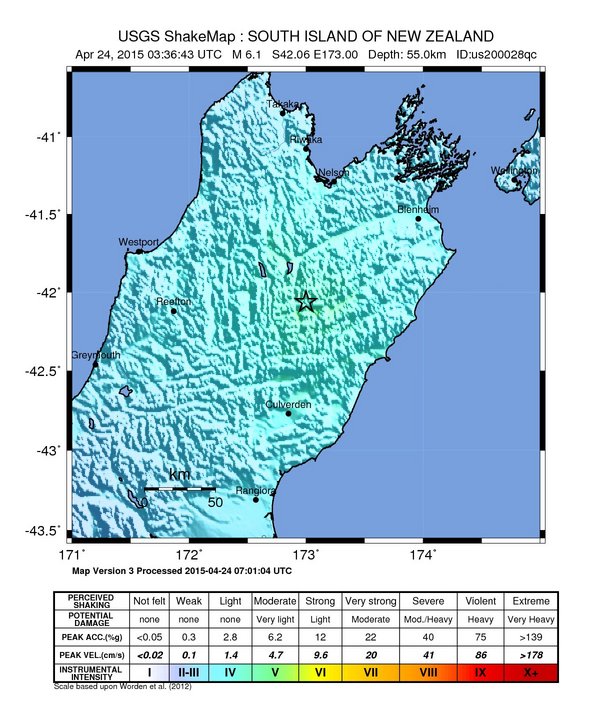 Two moderate earthquakes measuring M4.4 and M5.1 (at depths of 23 and 24 km) were registered just off the coast of South Island on April 23. 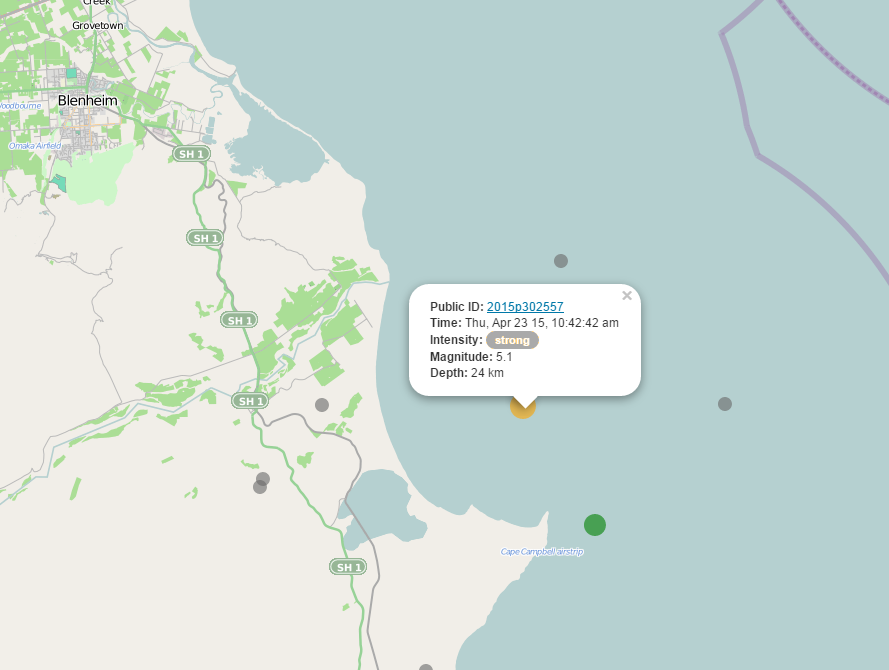 The orange epicenter of the second of the two earthquakes is highlighted. The previous one is shown by the green circle. Image credit: GEONET

Those earthquakes were much too small to cause a tsunami in their own right. An offshore earthquake needs to be at least magnitude 7.5 for a tsunami to be considered possible. Only a few small aftershocks have occurred since these two quakes, with the next largest being of magnitude 3.2.

"They were certainly in the vicinity of the sequence that occurred back in 2013. Today's earthquake is outside that general zone, but we cannot be certain that it hasn't been triggered by stresses from all those quakes over time," GEONET said.

Over 20 earthquakes greater than magnitude 5.0 occurred back in 2013. The two biggest of these caused damage on both sides of the Strait: a M6.5 in July and a M6.6 in August.