The greater than 2 MeV electron flux at geosynchronous orbit was at moderate to high levels during last 12 hours and is expected to be at normal to high levels through April 17 -19.

The greater than 10 MeV proton flux at geosynchronous orbit was at background levels during last 12 hours. It is expected to remain at or near background conditions (Below S1 Minor).

SpaceWeather's Dr. Tony Phillips said the sustained encouter has sparked some of the brightest auroras of the year around the Arctic Circle. Rune Askeland sent this example from Bergen, Norway on April 17th: 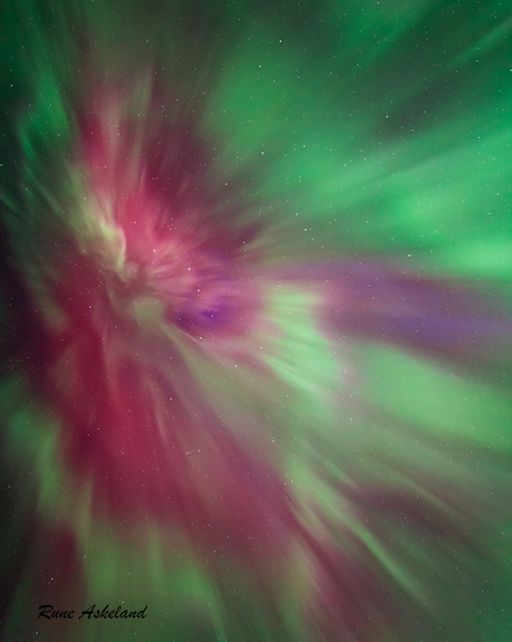 In the United States, Northern Lights have been sighted as far south as Washington, Michigan, Minnesota, and Idaho. 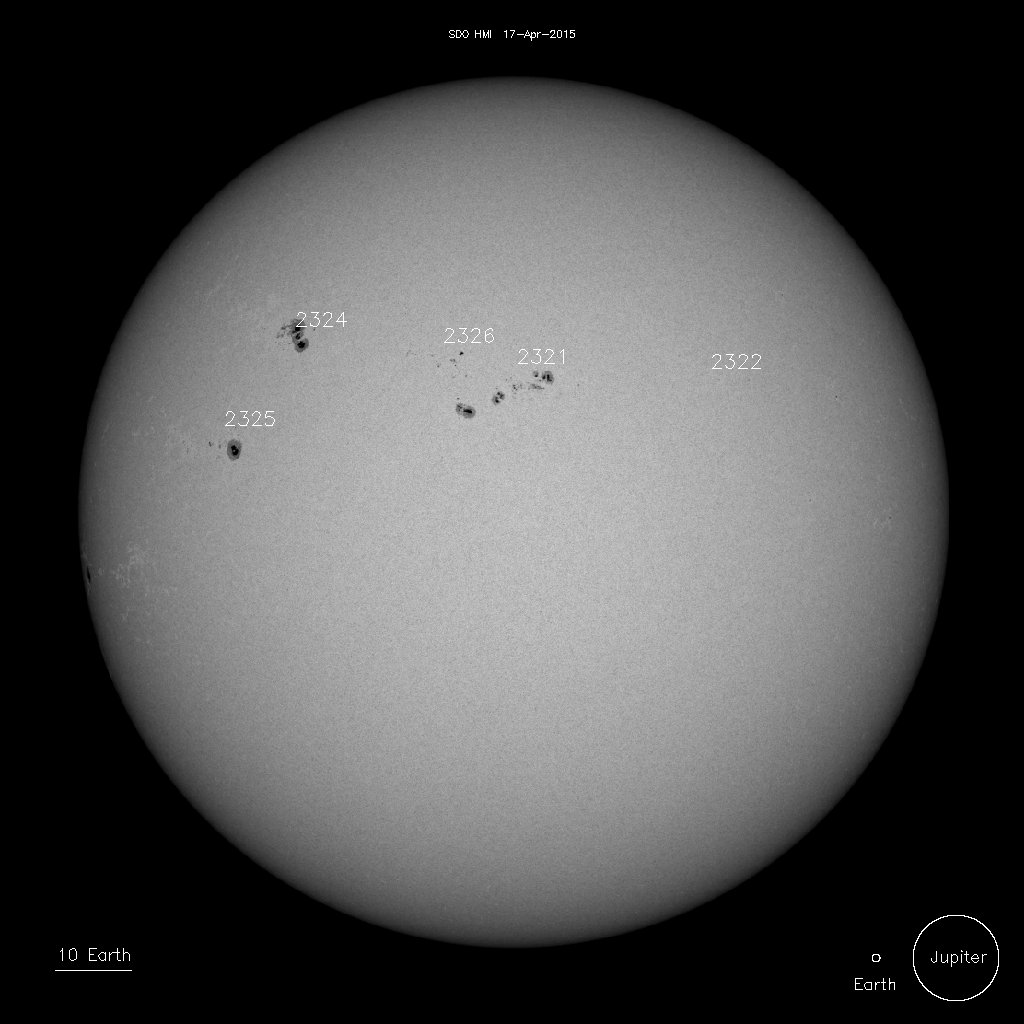 There is a chance for R1-R2 (Minor-Moderate) radio blackouts with a slight chance for an X-class flare (R3-Strong or greater) over the next three days (April 17-19).