A very strong and shallow M6.5 earthquake was registered off the coast of Fiji, South Pacific Ocean at 15:52 UTC on April 17, 2015. Geoscience Australia is reporting depth of 0 km. USGS is also reporting M6.5, but at a depth of 10 km. 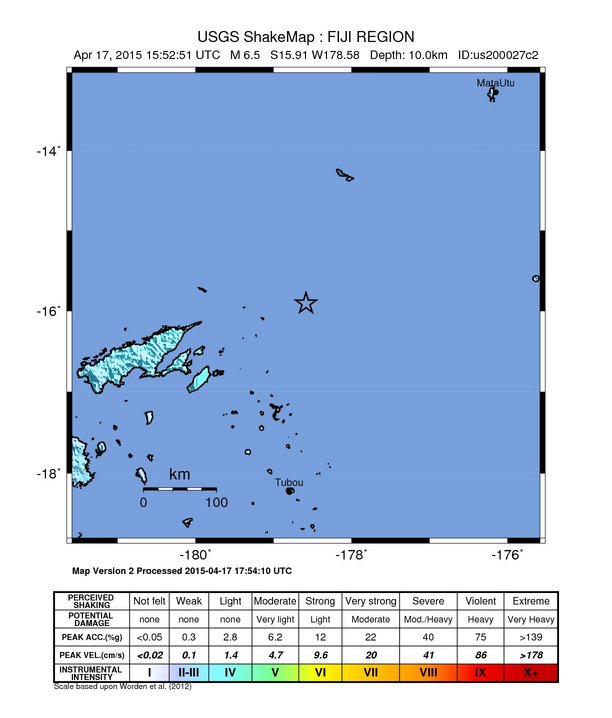