A small tsunami was generated by this event, however, the threat has now mostly passed without any reported damage. This does not mean that no damage was made as officials were still not available to make contact with more remote areas.

In their 02:30 UTC warning, PTWC said minor sea level fluctuations of up to 0.3 meters above and below the normal tide my continue over the next few hours.

According to tsunami model height issued by GDACS at 02:48 UTC, the main tsunami threat was located around the immediate area of the earthquake: 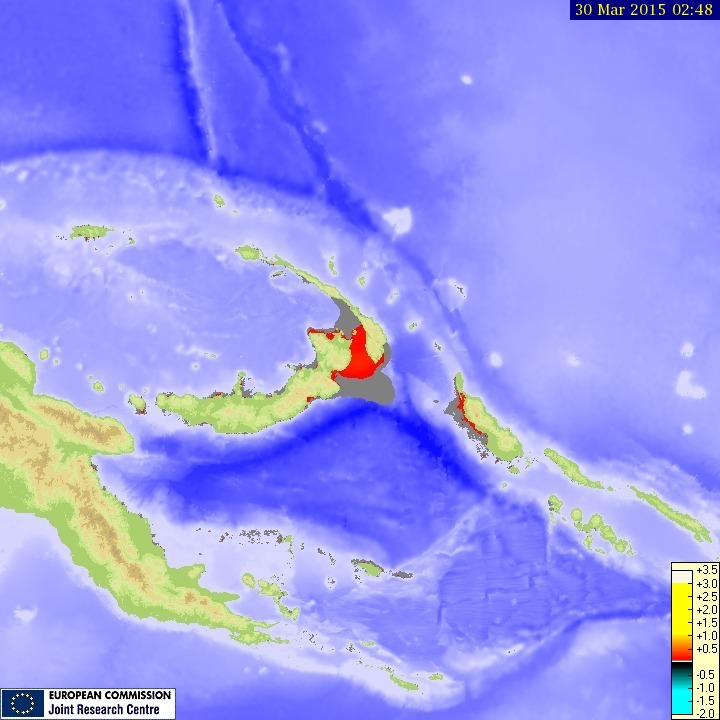 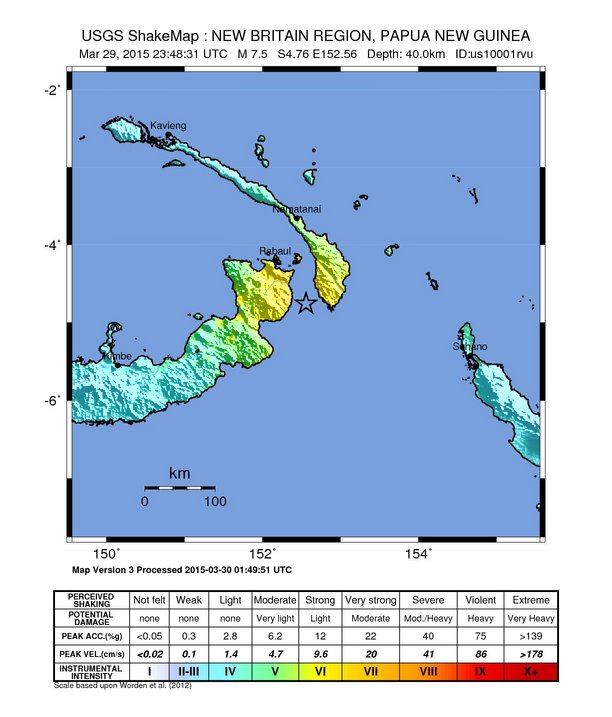 This earthquake occurred as the result of thrust faulting on or near the plate boundary interface between the subducting Australia and overriding Pacific plates, USGS explains.

At the location of the earthquake, the Australia plate moves towards the east-northeast at a velocity of 105 mm/yr with respect to the Pacific plate, and begins its subduction into the mantle beneath New Britain and New Ireland at the New Britain Trench south of the earthquake. The moment tensor and depth of the event are consistent with thrust-type motion on the interface between these two plates. Note that at the location of the earthquake, some researchers divide the edges of the Australia and Pacific plates into several microplates that take up the overall convergence between Australia and the Pacific, including the Solomon Sea and South Bismark microplates local to this event. The Solomon Sea plate moves slightly faster and more northeasterly with respect to the Pacific plate than does Australia due to sea-floor spreading in the Woodlark Basin several hundred kilometers to the south of the March 29 earthquake, facilitating the classic subduction evident beneath New Britain and New Ireland.

The plate boundary between the Australia and Pacific plates in the Papua New Guinea region is very active seismically; 36 M 7+ events have occurred within 250 km of the March 29, 2015 earthquake over the past century. Few are known to have caused shaking-related fatalities because of the remoteness of the region, though a M 8.0 earthquake in November 2000 – one of three similarly sized events over a 2-day period – did cause several deaths. The largest nearby earthquake was an M 8.1 event, 70 km to the east of the March 29, 2015 earthquake, one of two M8+ earthquakes 140 km apart in July 1971. 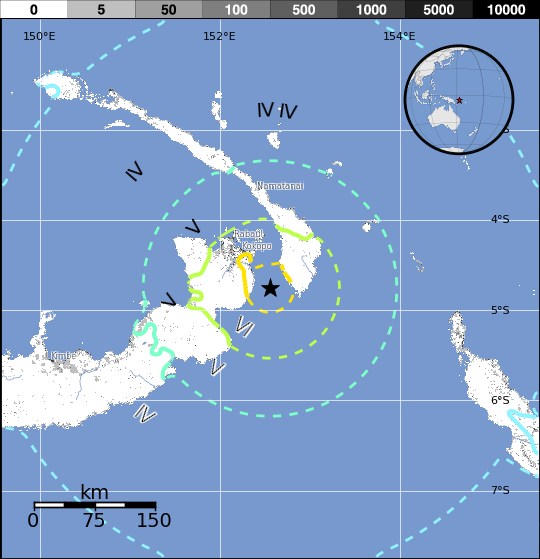 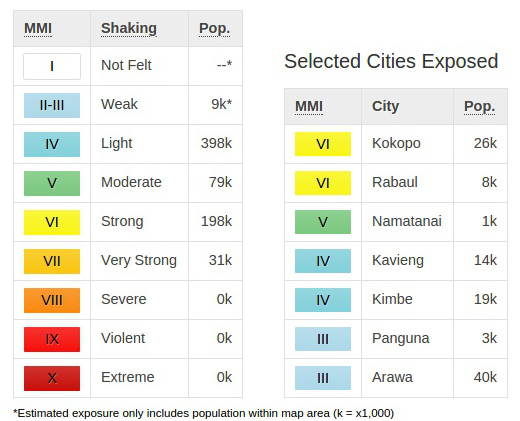 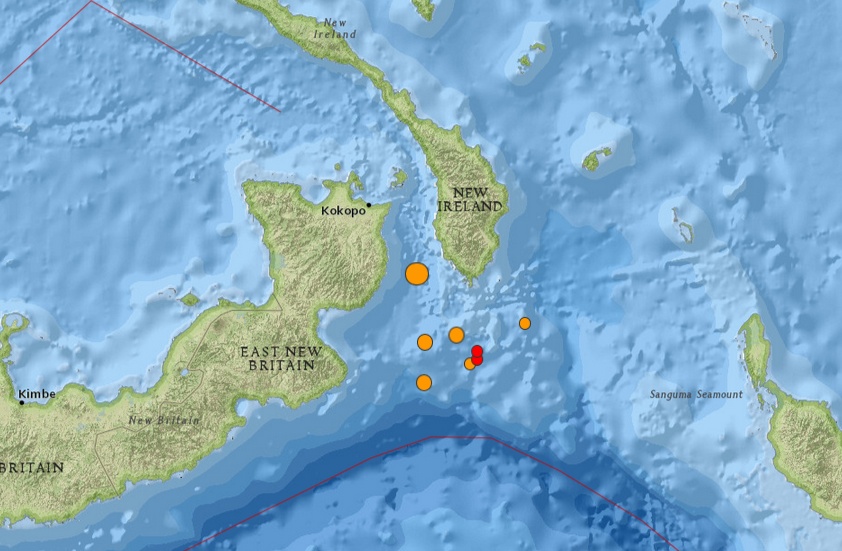