A new strong eruption of Costa Rica's Turrialba volcano started around 16:50 UTC on March 12, 2015. Volcanic material reached some 500 meters above the summit. This is the second major eruption of this volcano in the last five years.

Raúl Mora, volcanologist with the National Seismological Network, said a series of volcanic tremors in the surroundings of Turrialba canton followed the explosion. He added the explosion had a greater magnitude than those recorded last weekend. 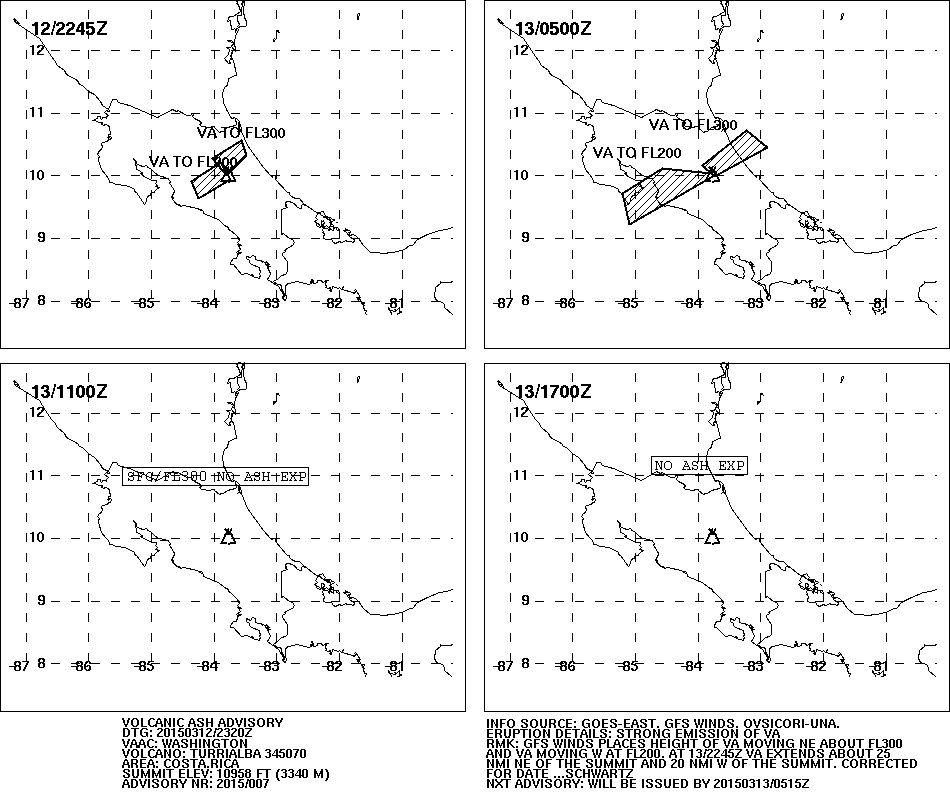 Emergency services ordered the closure of access roads near the volcano and started evacuating a radius of about 1.6 km (1 mile) around the volcano.

Ash reached parts of the capital San Jose located some 67 km (41 miles) to the SSW and closed the country’s Juan Santamaría International Airport.

Volcanological and Seismological Observatory of Costa Rica (OVSICORI-UNA) said ashes were visible on roofs, windows and cars as far as the provinces of San José and Heredia.

In their Volcanic Ash Advisory issued 05:15 UTC on March 13, Washington VAAC reported volcanic ash was not identifiable from satellite data and there have been no more additional reports of activity.