Global Precipitation Mission's Core Observatory flew over Pam at 05:01 UTC on March 9, 2015. Rainfall from its Microwave Imager showed that Pam was dropping rain at a rate of 133.5 mm (5.26 inches) per hour. 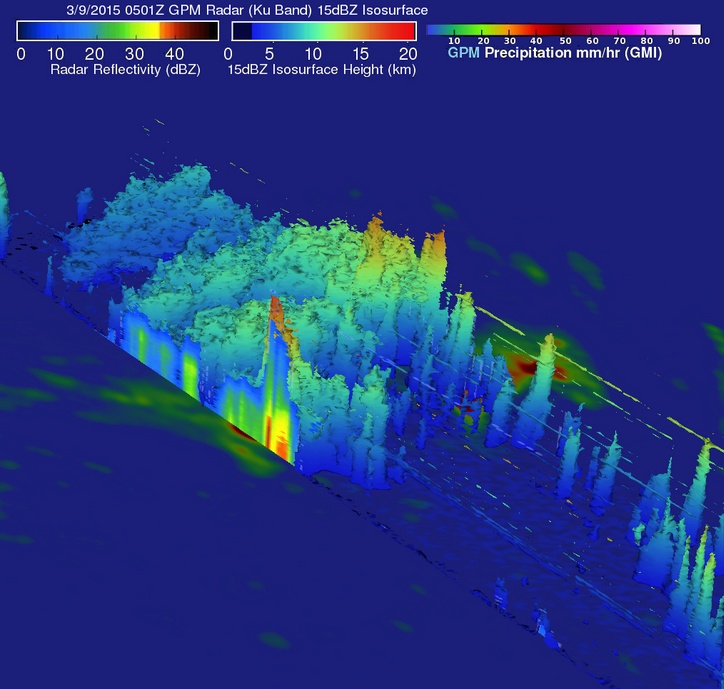 On March 10 today, Pam strengthened to hurricane-force as it neared Vanuatu in the Southern Pacific Ocean. 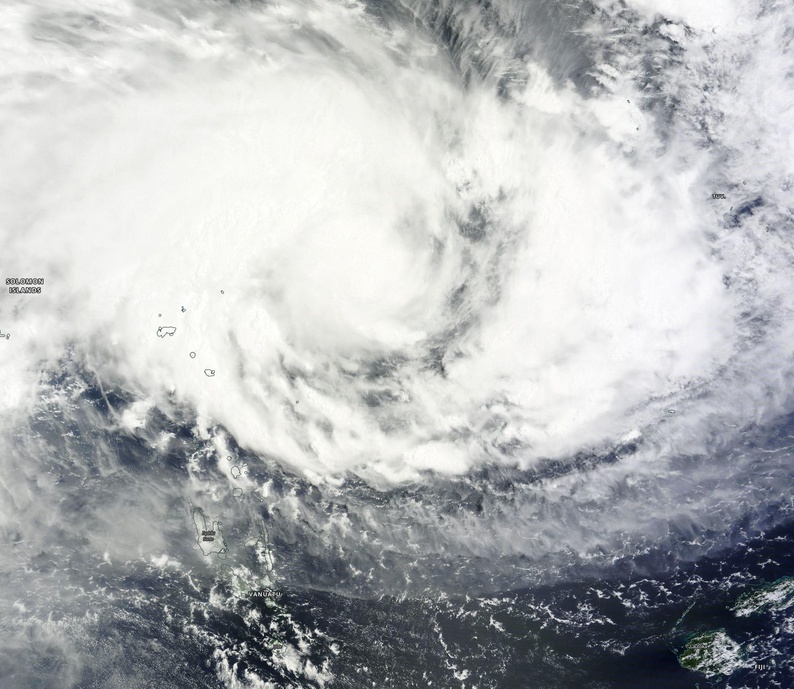 At 12:00 UTC (23:00 Vanuatu time (VUT)), the Vanuatu Meteorology and Geo-Hazards Department (VMGD) issued a Severe Weather Warning Bulletin for the Northern Islands of Vanuatu. The warning noted that Tropical Cyclone Pam was located northeast of the Torba province, and was slowly moving in a south southeasterly direction.

The VMGD forecast noted: Heavy rainfall is expected to affect Torba, Sanma and Penama. Flash floods and expansion of river banks are possible. People in these affected areas are advised to take extra precautions, especially those areas close to river banks and in low lying areas.

The Fiji Meteorological Service has forecast Cyclone Pam to intensify into a category 3 system in the next 24 to 36 hours.

Their authorities have begun making preparations for the impending cyclone and resulting rains and floods. Fiji Disaster Management Office said it expected most residents to be prepared after having been through the devastation caused by Cyclone Evan in December 2012. 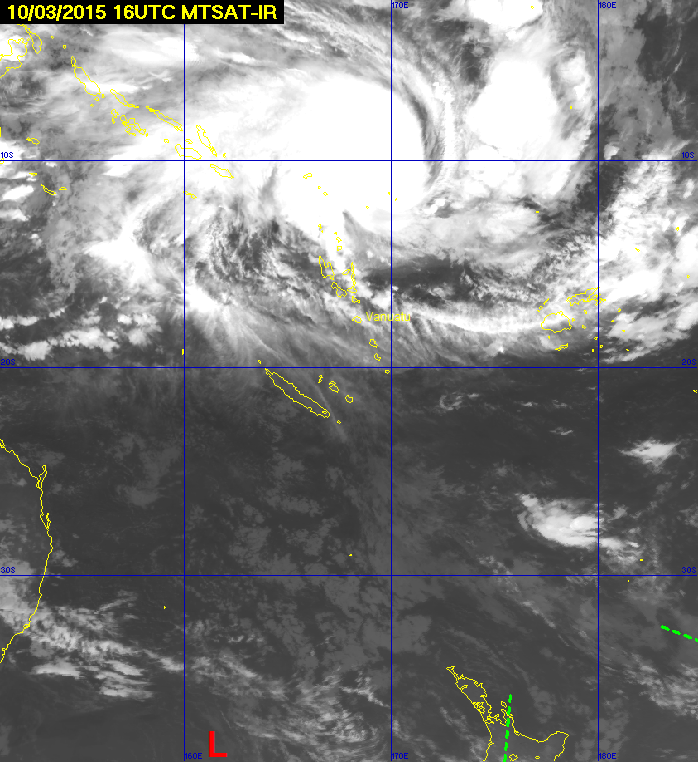 JTWC predicts that Pam will be increasingly powerful and become a dangerous category five tropical cyclone on the Saffir-Simpson wind scale. The agency expects Pam's winds to strengthen to about 259.3 km/h (161.1 mph) in the next couple of days as it continues in a southerly direction through the Southern Pacific Ocean.