EMSC "I felt it" report submitted by user from Bogota said communications were lost but no damage was reported. Another one, from Bello (291 km W from epicenter), said the earthquake was very long and with slow increase in the effect. User from Medellin, 297 km W from epicenter, reported the quake all of the sudden stared to gain momentum and then a strong last shake and stopped. He felt it for about 40 – 50 seconds.

The parliament in Bogota as well as many office buildings were evacuated after the earthquake.

The earthquake was felt as far as Panama and Venezuela. 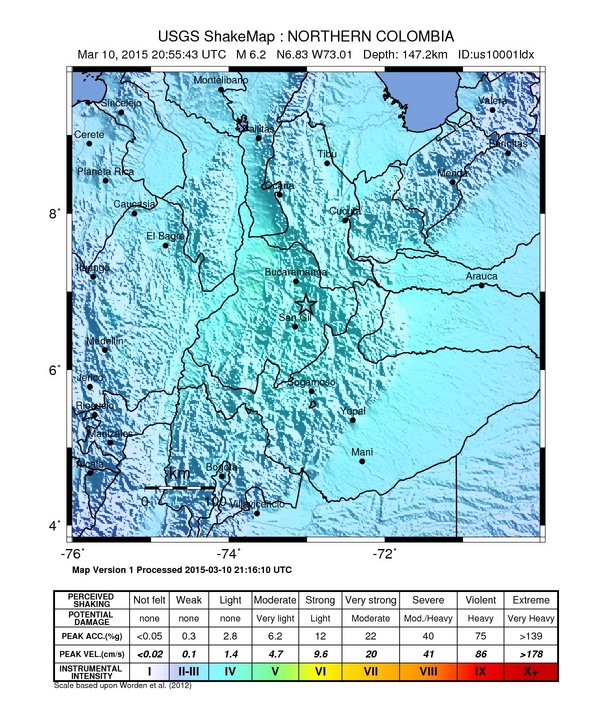