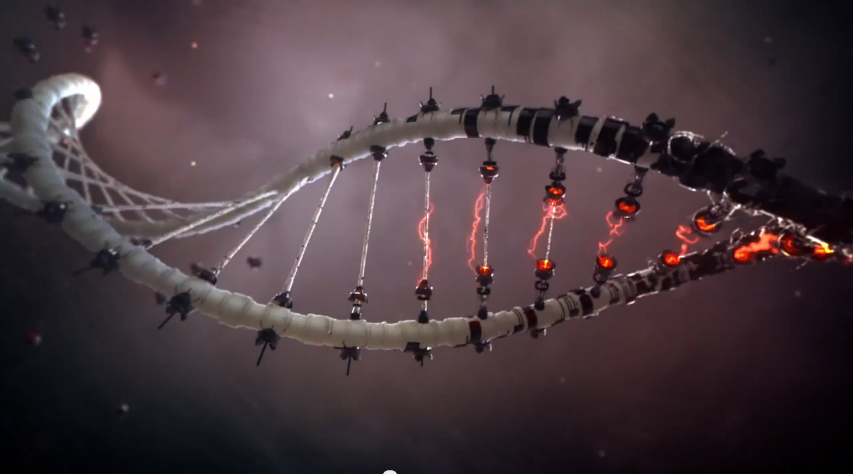 Stanford classics Professor Ian Morris says that in the 21st century our cultural evolution is feeding back into our biological evolution. The result may be technologically enhanced "post-humans" as far removed from us as we are from Neanderthals.

The blurring of the boundaries between humanity and technology will shape the future of civilization, a Stanford scholar says.

Stanford's Ian Morris also points out that societies dedicated to democracy, openness and gender equality have generally prospered, while those that rejected those values have suffered.

Morris, the Jean and Rebecca Willard Professor in Classics, began his career as an archaeologist and historian of ancient Greece, and in recent years has explored big-picture issues and an evolutionary approach to world history. His 2012 book, Why the West Rules – For Now, examines how geography and natural resources determined global wealth and power in the last 20,000 years and how this will shape our future. The Stanford News Service recently interviewed him:

Are we evolving or progressing at this point in human history?

Scholars nowadays shy away from talk of progress, because the word only means anything if we think we know what we are progressing toward. Back in the 19th century, many Europeans were confident that progress meant movement toward societies like their own, but in the aftermath of two world wars and the invention of nuclear weapons, thinkers today feel less confident.

Evolution, however, is a different matter. We are definitely evolving, in at least two different ways. The first is biological: humanity has changed its environment across the last 10,000 years by creating big, complex societies, and this has changed the selective pressures acting on our genes. Very, very slowly, we are turning into a different kind of animal.

The second kind of evolution is cultural: the cultures we have created also respond to the changing environment, and groups that develop in ways that fit with their environment flourish at the expense of those that don't. In the last 200 years, since the industrial revolution began, societies that adopted democracy, openness, and gender equality have generally prospered, while those that rejected them suffered.

In the 21st century, though, we may be seeing a third kind of evolution: people (many of them at Stanford) are now blurring the boundaries between humans and technology, so that our cultural evolution is feeding back into our biological evolution.

The next 100 years might see the evolution of technologically enhanced "post-humans" as far removed from us as we are from Neanderthals. Whether we will see that as progress, however, is a different question altogether.

What can the collapse of ancient societies teach us today?

Quite a lot. A few years ago I designed a quantitative index of social development, allowing us to measure the ability of different societies to master their physical, intellectual and political environments. This suggested that social development has been rising for most of the 15,000 years since the end of the last ice age, but also showed that there have been several great collapses, plunging societies into dark ages that last for centuries.

The same five factors recur in all the major collapses: uncontrollable migrations, new epidemic diseases, state failures, famine and – always involved, but never in quite the same way – climate change. All five of these factors, of course, seem to be pressing on us in the early 21st century. The greatest past collapses began in Song-dynasty China about 1,000 years ago, and all the way from the Roman Empire to Han China 2,000 years ago. In both cases, the societies in question seem to have developed about as far as was possible in a purely agricultural system.

The only way to go further was by having an industrial revolution; but because neither the Romans nor the Song managed this, both stagnated and then fell apart. The lesson of past collapses seems to be that every economic system has its limits, and we may now be approaching the boundaries of what is possible in a fossil-fuel, industrial world. If that is right, then the 21st century will be a race between innovation, transforming our fossil-fuel economies into something entirely new, and stagnation, leading us into a new dark age.

How did the ancient world shape the human values or moral order that we know today?

Its biggest contribution was what historians often call "Axial Age" thought. Everywhere from China to the Mediterranean, the two or three centuries on either side of 500 B.C. saw the rise of very new ways of seeing the world. Generalizing very broadly, people in earlier ancient societies had tended to assume that a handful of leaders knew what the gods wanted, which meant that doing what these leaders said was the best thing for everyone. By 500 B.C., though, as much bigger empires arose and confronted people with entirely new challenges and opportunities, confidence in the old godlike kings was weakening.

Confucianism, Buddhism, Zoroastrianism, Judaism and Greek philosophy all rejected the notion that a few semi-divine rulers could save the world, and pushed the big questions back into ordinary people's hands, such as: What is virtue? How do I live a good life? And can I achieve salvation?

What can we learn from ancient cultures that would make our world today more peaceful and prosperous?

Frankly, not very much – although explaining why we can learn so little from antiquity tells us a great deal about the challenges of the 21st century. Basically, the ancient world was just a very different place from our own industrialized societies. Between the invention of farming (about 12,000 years ago) and the high point of ancient empires in China, India and the Mediterranean world (about 2,000 years ago), the world did become safer and richer: rates of violent death fell by at least two-thirds, and average incomes more than doubled.

However, the main force driving these processes was conquest. War created larger societies ruled by stronger governments, which had strong incentives to suppress violence within their borders and create the conditions for economic growth.