The very destructive core of Severe Tropical Cyclone "Lam" continues on its SW track, parallel to the Wessel Islands and is expected to make landfall on the mainland coast between Milingimbi and Gapuwiyak (Northern Territory, Australia) overnight Thursday or early Friday morning (February 19/20), Australian Bureau of Meteorology (BOM) warns. 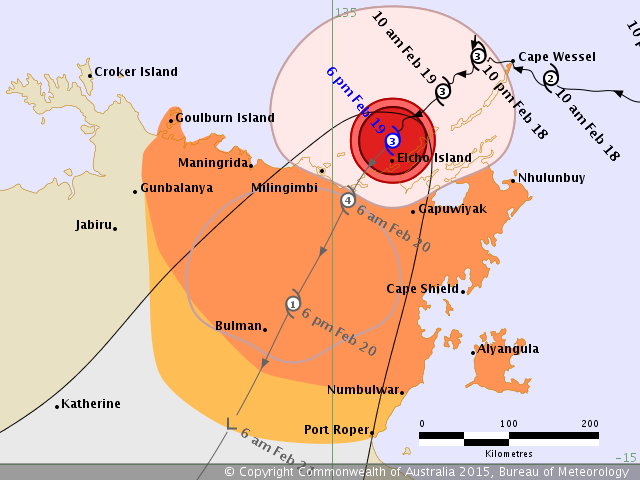 BOM said very destructive winds with gusts greater than 200 km/h (124.2 mph) should continue over the Wessel Islands today and are expected to extend onto the mainland coast between Milingimbi and Gapuwiyak this afternoon and overnight. Very destructive winds with gusts to 230 km/h (142.9 mph) may occur near the cyclone centre as it crosses the coast between Milingimbi and Gapuwiyak overnight Thursday to Friday morning.

Destructive winds with gusts to 130 km/h (80.7 mph) should develop about the mainland coast between Milingimbi and Gapuwiyak this afternoon or evening before possibly extending west to Maningrida and adjacent inland areas from early Friday morning.

Gales with gusts to 110 km/h (68.3 mph) are expected to devleop in coastal areas from Milingimbi to Gapuwiyak during the next 6 hours and extend further east to Nhulunbuy and west to Maningrida and adjacent inland areas later today and overnight. Gales may also extend as far west as Goulburn Island and inland to Bulman during Friday as the cyclone moves inland. Gales may extend further south to Numbulwar and Groote Eylandt and inland areas during Friday, and south to Port Roper late on Friday depending on the track the cyclone takes.

Coastal residents between Milingimbi and Nhulunbuy, including Elcho Island, are specifically warned of a very dangerous storm tide as the cyclone centre approaches the coast on Thursday night and into Friday. Tides will rise significantly above the normal high tide, with damaging waves and very dangerous flooding.

Heavy rain may cause flooding of low-lying areas in the northeast Top End today and Friday. 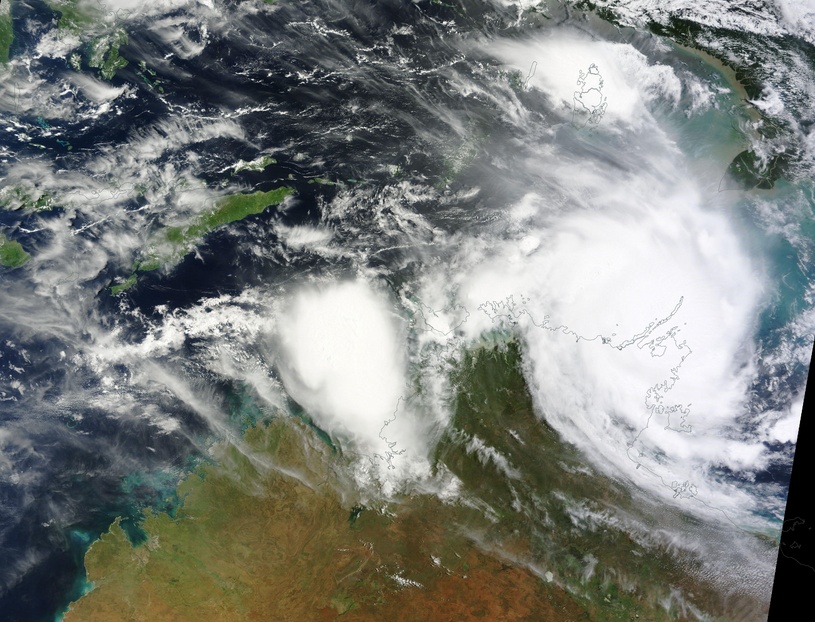