A new eruption has started after a brief seismic swarm at the massive Piton de la Fournaise volcano, Reunion on February 4, 2015.

Toulouse VAAC said the eruption started at 06:50 UTC and is probably characterized with lava flow without ash. Bad weather prevented direct observation at the time but satellite imagery shows that there were no ash plume at the time.

According to OVPF, the new vent is located between Bory, Dolomieu and Rivals craters on the upper flank of the Dolomieu main cone. A lava flow is descending more than 1 km SSW. 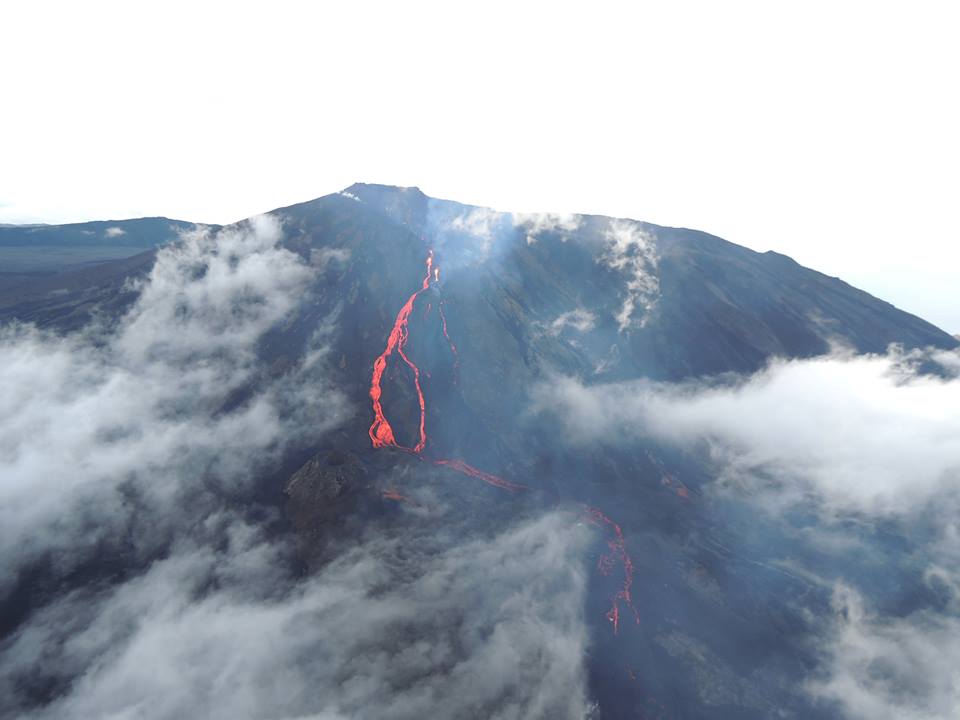 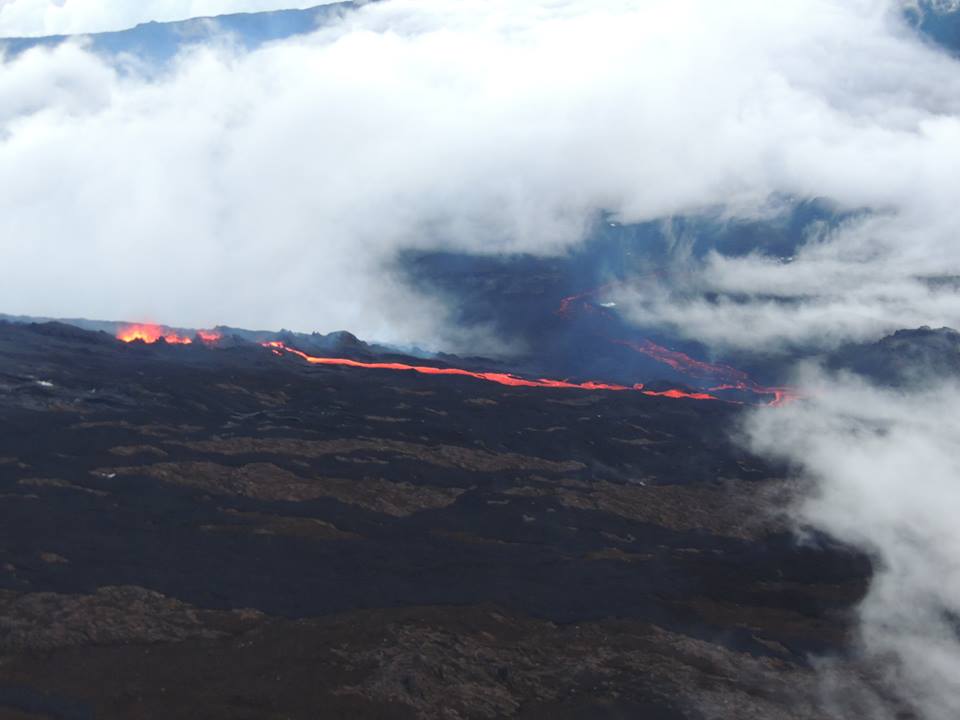 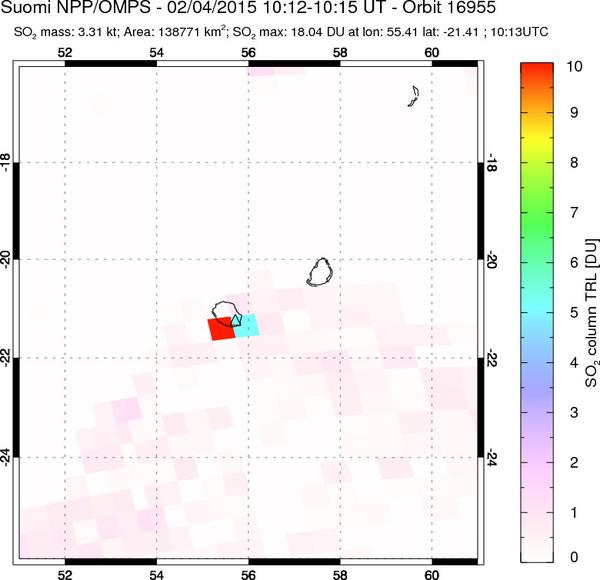 OVPDLF reported that an eruption began at Piton de la Fournaise at 01:20 on June 21, 2014 following a period of elevated seismicity. This new activity marks the end of more than three years of quiescence.

During June 7 – 20 volcano-tectonic and rockfall-type earthquakes were recorded, with the largest number occurring on June 17. The locations of these earthquakes were relatively consistent between 500 and 1,200 m a.s.l. within Dolomieu crater. There were neither significant gas emissions nor indicators of pre-eruptive deformation. On June 19, a field campaign by the Observatory team confirmed the activity detected by the permanent monitoring network (geodetic, thermal, and gas).

At 00:06 on June 21 the seismic crises escalated and continued for 74 minutes. Localized deformation began at 00:20 and continued for ~3 hours. Tremor began at 01:20 and incandescence was observed by the remote cameras at 01:35. The eruption was entirely contained within the Enclos Fouqué area on the ESE side of the central cone. Aerial observations by helicopter revealed an active lava fountain from a fissure that was within view of the Piton Bert webcamera. The fountaining built a spatter rampart and two lava flows extended ~1.5 km from the fissure. One lava flow extended 250 m after passing the Langlois crater (~2 km SE of Dolomieu crater); the second lava flow passed that crater on the E and S edge and extended an additional 500 m.

Public access to the volcano was restricted on June 21 and Alert Level 1 (“probable or imminent eruption”) was announced.

The massive Piton de la Fournaise basaltic shield volcano on the French island of Réunion in the western Indian Ocean is one of the world's most active volcanoes. Much of its more than 530,000-year history overlapped with eruptions of the deeply dissected Piton des Neiges shield volcano to the NW.

Three calderas formed at about 250,000, 65,000, and less than 5000 years ago by progressive eastward slumping of the volcano. Numerous pyroclastic cones dot the floor of the calderas and their outer flanks. Most historical eruptions have originated from the summit and flanks of Dolomieu, a 400-m-high lava shield that has grown within the youngest caldera, which is 8 km wide and breached to below sea level on the eastern side. More than 150 eruptions, most of which have produced fluid basaltic lava flows, have occurred since the 17th century.

Only six eruptions, in 1708, 1774, 1776, 1800, 1977, and 1986, have originated from fissures on the outer flanks of the caldera. The Piton de la Fournaise Volcano Observatory, one of several operated by the Institut de Physique du Globe de Paris, monitors this very active volcano. (GVP)