Increased solar activity continued today as five M and multiple mid-level C-class solar flares erupted from large 'beta-gamma-delta' classified Active Region 2192. This region is located in the southeast quadrant and is still rotating toward the center of the disk.

Region 2192 erupted with a major X1.1 solar flare yesterday and it continues to evolve as it rotates into geoeffective position. It remains capable of producing major eruptions on the Sun.

Earth directed Coronal Mass Ejections from this region are possible in the days ahead.

​Meanwhile, Earth continues to be under the influence of a coronal hole high speed stream (CH HSS) which is causing geomagnetic storming at high latitudes. Geomagnetic K-index of 5 (G1-Minor) was reached at 17:43 UTC today. 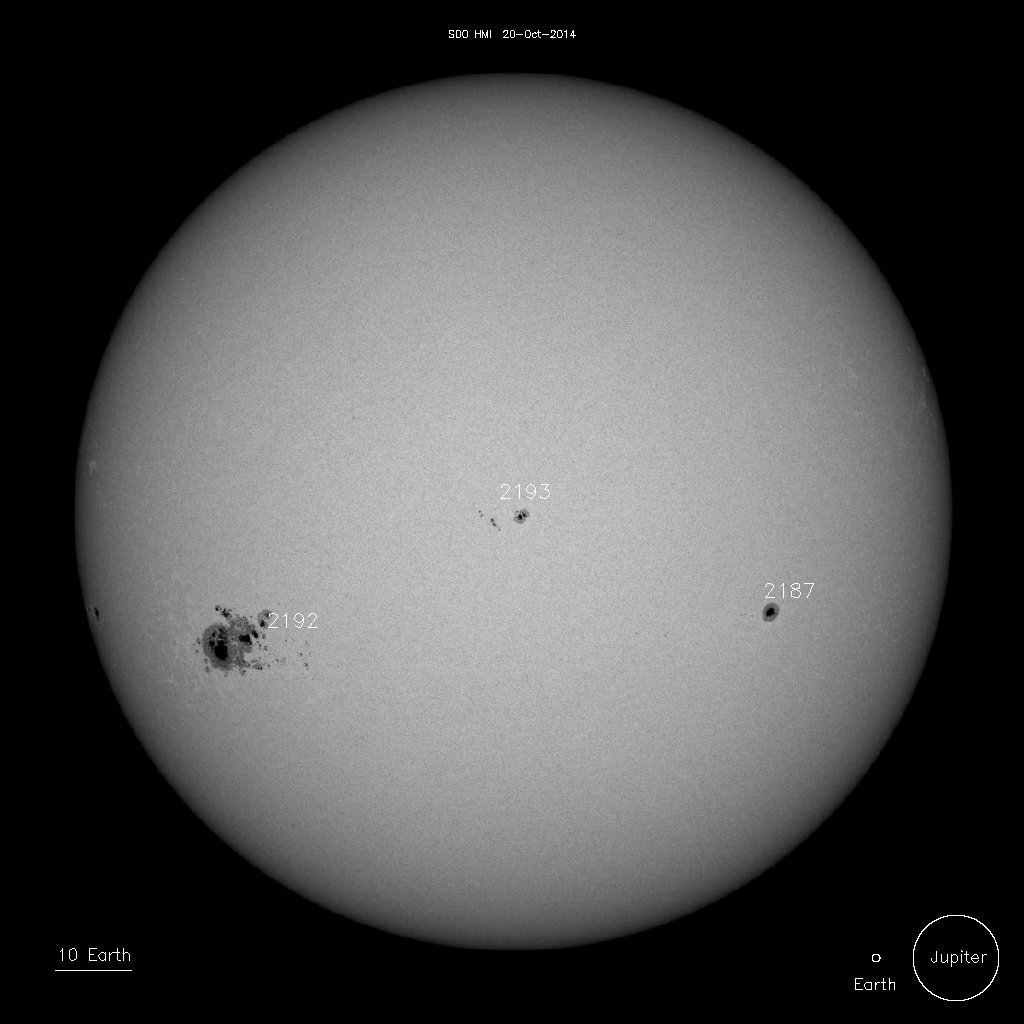 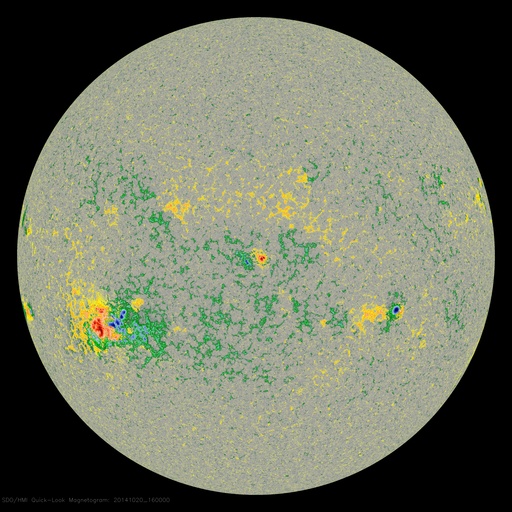 The following video shows growth of Region 2192 during the last 72 hours:

NOAA SWPC forecasters estimate 60% chance for M-class, and 20% chance for X-class solar flares over the next three days (October 20 – 22).

There is a slight chance for a greater than 10 MeV proton enhancement at or above the S1 (Minor) solar radiation storm level over the next three days as Region 2192 moves into a more favorable position on the solar disk.

Solar wind parameters indicated the likely onset of a positive polarity coronal hole high speed stream (CH HSS) at around 18:00 UTC today. Solar wind speeds were steady between 375-475 km/s through 20/08:00 UTC when wind speeds increased to near 550 km/s. IMF total field values were steady between 5-11 nT and Bz varied between +8 nT and -8 nT.  The phi angle was steady in a positive (away) solar sector during last 24 hours.

Solar wind parameters are expected to remain enhanced, with wind speeds in the 450-550 km/s, over the next three days.

Earth is under the continued influence of CH HSS. Quiet to active geomagnetic field levels are expected over the next three days.

Geomagnetic K-index of 5 (G1-Minor) was reached at 17:43 UTC today. Area of impact is primarily poleward of 60 degrees Geomagnetic Latitude.

Weak power grid fluctuations can occur. Aurora may be visible at high latitudes. 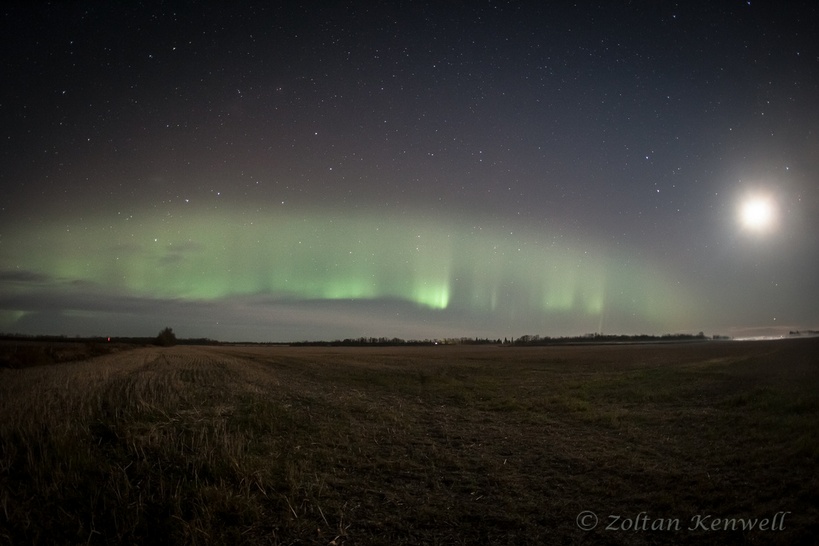 Another impulsive flare measuring M1.7, fourth M-class solar flare of the day, was observed from the same region shortly after. That event started at 19:53, peaked at 20:04 and ended at 20:13 UTC.