A slow moving low pressure system coming from the Caribbean Sea started affecting Nicaragua and surrounding countries on October 9th dumping record amounts of heavy rainfall. By October 20th, floods and landslides that followed claimed lives of more than 30 people throughout the region.

In Altagracia, Rivas Department, 378 mm of rain fell in 24 hours between October 8 and 9, breaking previous records.

5 mudslides were reported in the Concepción Volcano and 1 in the department of Rio San Juan at the time but heavy rain continued and the number of disasters increased.

Over the last few days the flooding has affected parts of the capital Managua. At least 9 people died after 5 houses collapsed in one of the city’s poor communities on October 16.

Severe weather affected about 32 000 people and all 17 of Nicaragua's departments. 24 people lost their lives there since October 9.

El Salvador, Honduras and Guatemala have all recently been affected by heavy rainfall.  According to Guatemalan CONRED, at least 3 people died and around 16 000 was affected by flooding in the departments of Guatemala, Sacatepequez, San Marcos and Suchitepéquez on October 17.

CONRED's analysis indicates that as of Sunday, October 19, 2014, there is very high and high probability of landslides and floods in at least 64 percent of Guatemalan territory. Wet conditions could increase again starting Monday, they said. 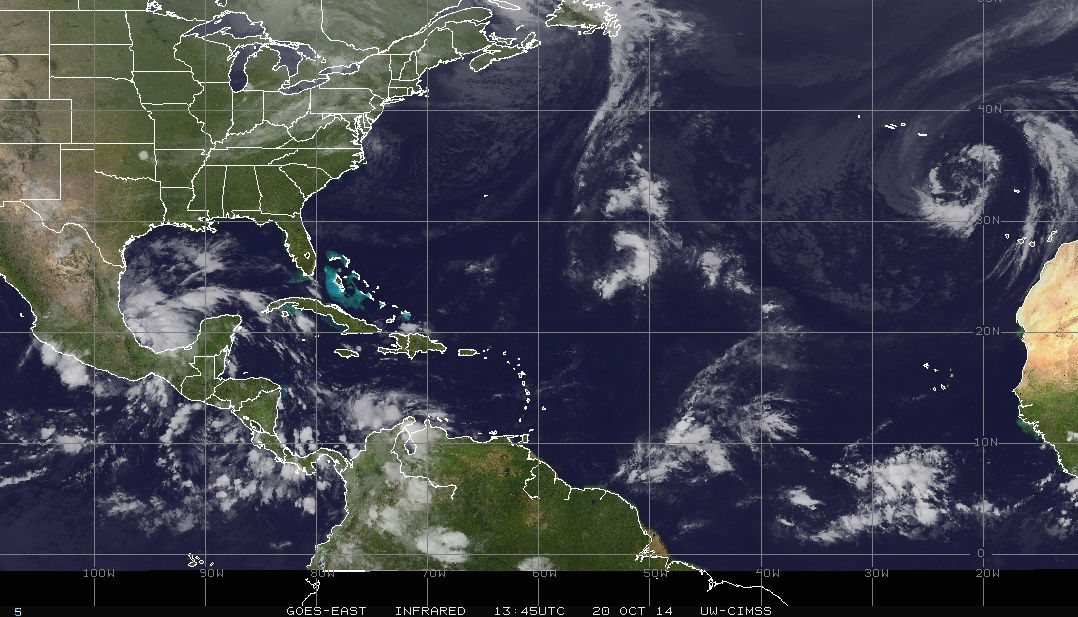 Trudy's remnants are expected to produce as much as 150 to 300 mm of rain. It is possible that some isolated spots along the Pacific coast, including the Acapulco area as well as the states of Guerrero and Oaxaca in southern Mexico, might see as much as 500 mm.

Life-threatening flash floods and landslides are possible over the next few days, especially across the hilly and mountainous areas.